AMD K7 Athlon Thunderbird, unique processors that were unlocked with a pencil 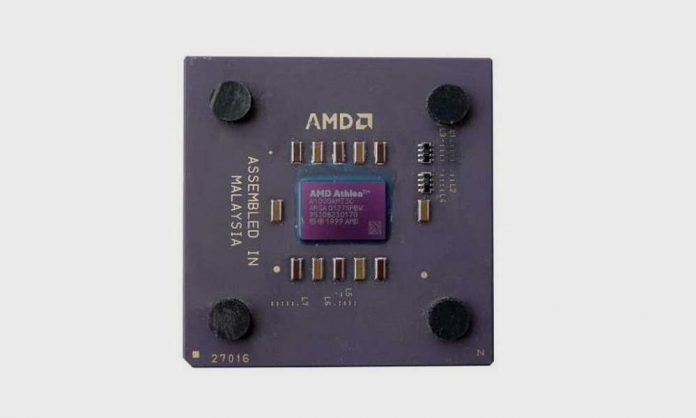 The history of computing is full of interesting anecdotes, and the AMD K7 Athlon Thunderbird processor series earned, on its own merits, a privileged place in that history . As we are reminded from TechSpot , this generation underwent laser trimming to separate the L1 cache bridges, rendering users unable to change the multiplier clock. The AMD K7s were also one of the most important generations in the history of AMD .

As our more advanced readers will have guessed, this implied that the AMD K7 Athlon Thunderbird series came with the multiplier locked, and therefore it was not possible to overclock them, but why did AMD do this? The answer is found in the picaresque of the stores of the time, that took advantage of the unlocked multiplier processors to raise them in frequency, and market them as if they were superior models, charging a much higher price for them.

A priori, this laser cutting seemed a totally effective and insurmountable way to put an end to this type of practice, but human ingenuity did not take long to make an appearance, and it was soon discovered that it was possible reconnect the L1 cache jumpers using a material that is minimally conductive. Yes, a conductive material was enough to join both bridges, and a simple pencil ended up becoming an economical solution, but very effective, since graphite is a conductive material. 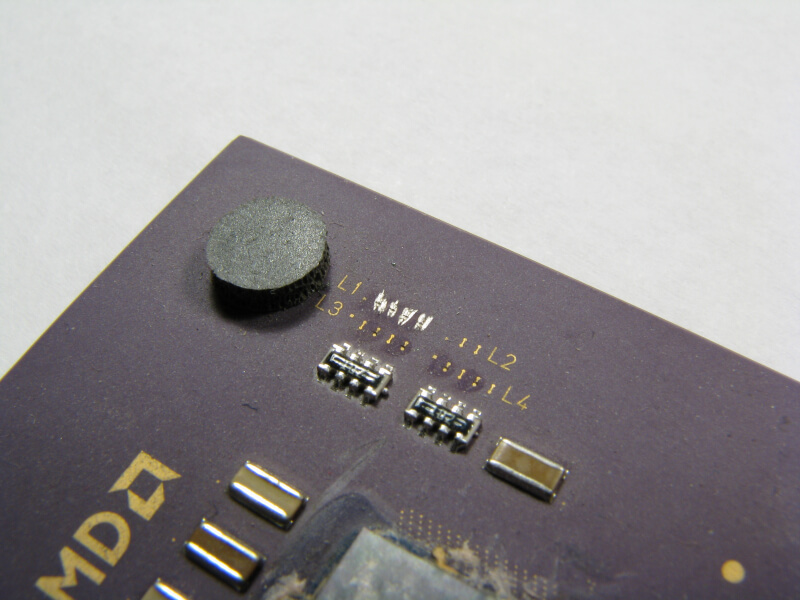 This is another key piece of information to understand how it was possible to use a graphite pencil to bridge the L1 cache bridges. As some of our readers will recall, processors have not always used the current design based on a PC and a metal IHS. The AMD K7 Athlon Thunderbird, and many other previous models, used a ceramic package , which made it possible to create a bridge very easily to connect the L1 cache, as can be seen in the attached image.

It was not complicated, but the truth is that it was quite scary to carry out this process , even despite the ceramic encapsulation of the AMD K7 Athlon Thunderbird, since we had to «connect the bridges by rubbing the pencil towards back and forth over these about twenty times, until it is a dark black color, not the normal gold color. We also had to make sure that the bridges are connected, but not touching each other.

With the passage of time, this method was no longer viable, as AMD transitioned to a CPU design based on PCBs and IHS , which made that laser cutting can no longer be solved with a simple pencil. If you want more information on this topic, I invite you to take a look at this article , where you will find a guide on how to overclock an AMD Athlon XP processor based on PCB, and with said laser cutting.