AVM FRITZ! Repeater 6000: A repeater that marks a major leap 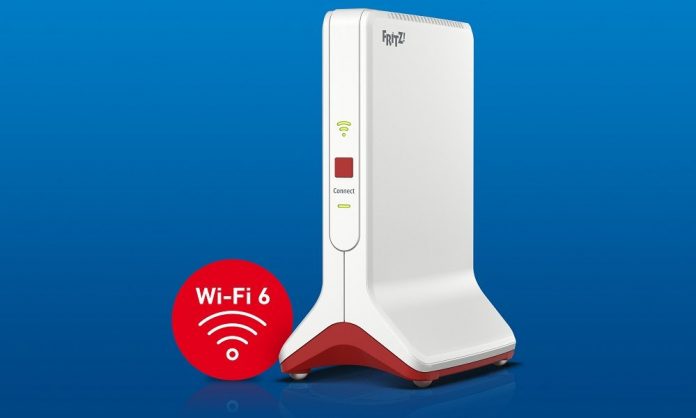 The AVM FRITZ! Repeater 6000 has become one of the most important products recently launched by the German company, not only because of its excellent performance level , but also because it has the most advanced technologies in the industry, all seasoned with that unique value offered by FRTIZ! OS, the Linux-based operating system used by FRITZ! devices. by AVM .

Externally, the AVM FRITZ! Repeater 6000 maintains the essence of the previous model, the AVM FRITZ! Repeater 3000, but at the level of specifications, the former plays, directly, in another league, thanks to the jump to Wi-Fi 6, a standard that, as we told you at the time in this article , offers a series of very important advantages over the previous standard, Wi-Fi 5.

There is no doubt, the AVM FRITZ! Repeater 6000 represents a significant leap from the previous generation, to such an extent that it became, on its own merits, the best Wi-Fi repeater to hit the market in the past year, a reality that made him worthy of an MC 2021 award, but what were the keys that led us to give him that recognition?

Those were, in summary, the three keys that led us to consider the AVM FRITZ! Repeater 6000 as the best Wi-Fi repeater on the market in 2021, and as one of the best solutions for the digital home. From a technological point of view, and it is a next-generation model, and one of the most advanced devices in its class , but at the same time it offers a very reasonable value for money.

Its tri-band configuration, with two 2,400 Mbps in the 5 GHz band and one 1,200 Mbps in the 2.4 GHz band, allows it to offer a combined speed of up to 6,000 Mbps, the Wi-Fi 6 support translates into higher security and higher performance even in environments with multiple connected devices, and its price of 219.99 euros makes it a very attractive value , and puts it within the reach of most users with mid-level budgets.

Those are its most important values, but they are not the only ones. The AVM FRITZ! Repeater 6000 also stands out for having a 2.5G LAN connector , which translates into high performance with wired connections, it is compatible with the entire FRITZ! , it allows us to create a meshed Wi-Fi network effortlessly and can work in Wi-Fi bridge mode and LAN bridge mode. To this day, there is no repeater that is capable of surpassing it.