DuckDuckGo has gradually positioned itself as one of the most used search engines on the Internet, beyond simply being the most popular among those who respect user privacy . This has encouraged those responsible to embark on other projects that go beyond the service for which it is known, so recently it has been learned of the existence of a web browser for the desktop.

In case it’s not clear, DuckDuckGo has announced plans to offer a desktop web browser , because for Android Such a Chromium-based app already exists. However, it seems that this time he will take a very different approach.

Instead of reverting to Chromium, what DuckDuckGo’s desktop web browser will do is use the rendering engine provided by default by the operating system. This means that on macOS will use the Safari WebKit, while on Windows it will rely on the Chromium-based Blink from Microsoft Edge .

The approach chosen by those in charge of the search engine is reminiscent of the forced situation that exists around browsers for iOS, which all have to use the WebKit used by Safari, without there being room for any alternative. In fact, even Firefox uses the Apple-imposed Safari WebKit instead of Quantum / Gecko , although in the case of DuckDuckGo, we recall, it is a voluntary decision. 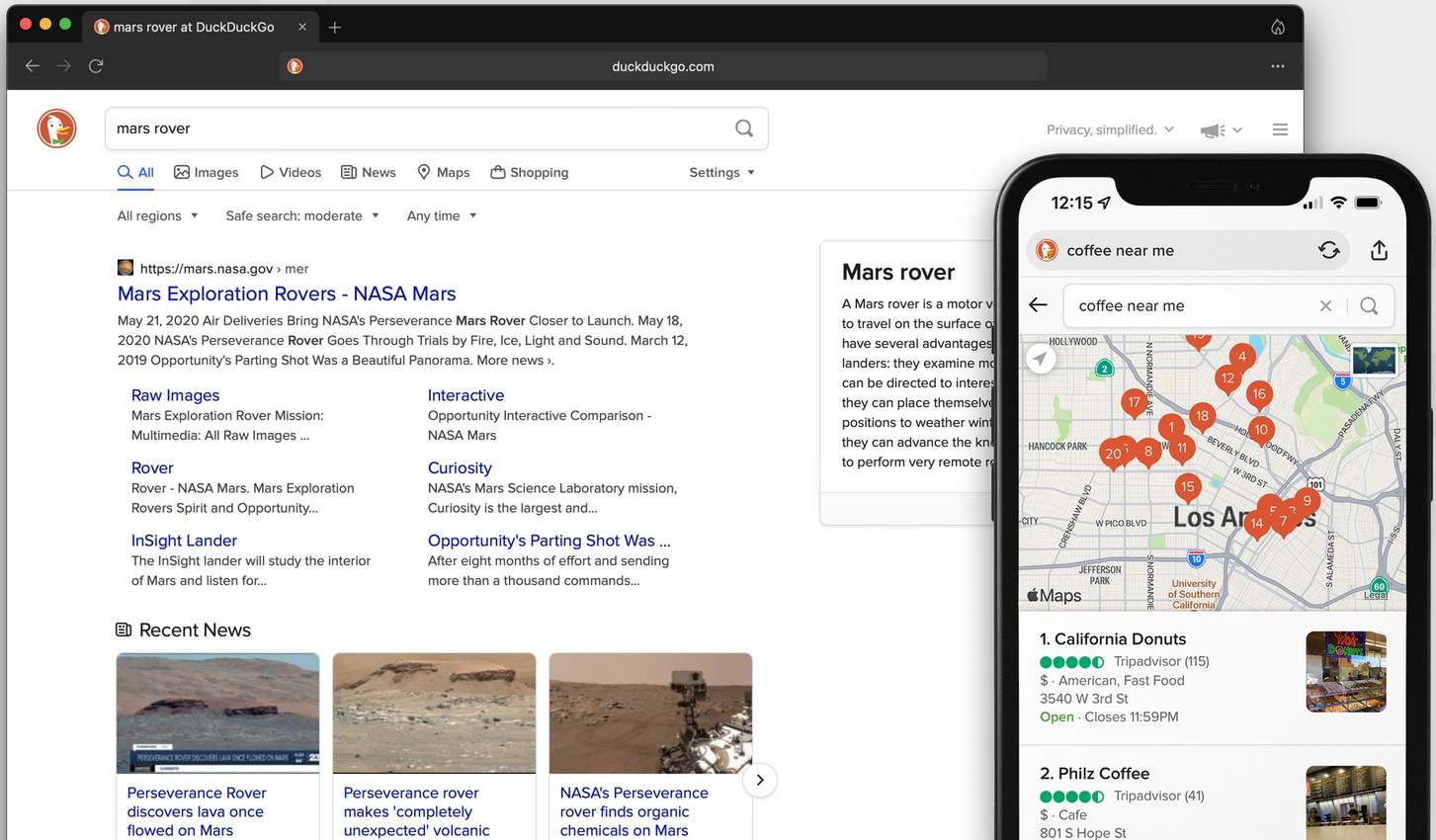 The downside of the approach chosen by DuckDuckGo is that it greatly reduces the chances of seeing a version for Linux, since the “officiality” of Firefox in that system is something de facto and not de jure as it depends on the decision of the managers of each of the distributions. In other words, Firefox is there by habit and trajectory, but it can be replaced by any other .

At the feature level, DuckDuckGo has said that its upcoming desktop web browser will offer “privacy protection that will work by default for search, browsing, email, and more” , that is, nothing surprising considering the provenance. This means that it will be in charge of blocking third-party trackers, it will force the use of encryption to reinforce security and privacy and it will also have a switch that will allow you to close all tabs and clean personal data with a single click. The company has also announced that it will be faster than Chrome.

DuckDuckGo starting projects or supporting a movement for privacy is not new. The company has already developed several tools and services to protect privacy and has joined with Brave and Vivaldi against the imposition of FLoC , a mechanism driven by Google to stop using third-party cookies, but in exchange for giving the giant more power and dominance over people’s digital lives.

The DuckDuckGo desktop web browser is currently in closed beta , so we will probably see it made available to the public in the next few weeks.