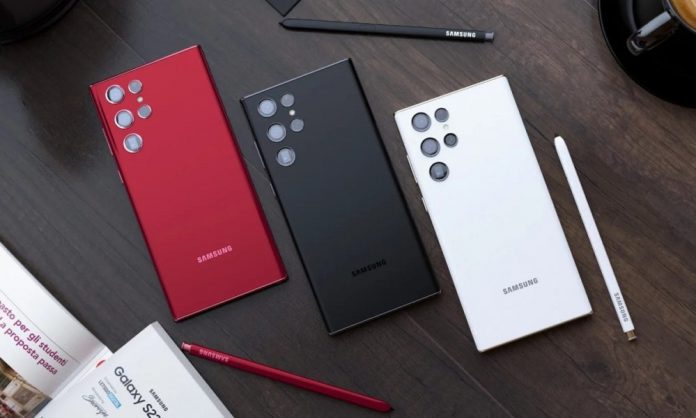 The Galaxy S22 Ultra will be Samsung’s next flagship smartphone, and as is obvious, it is arousing a lot of excitement around it, enough to put a competition on the alert. get ahead as far as you can.

Due to the proximity of the official presentation, which would be in January or February, little by little more things are leaking from the Samsung Galaxy S22 Ultra. The last thing we have found out is the leak of some alleged f other real ones from the top-of-the-range smartphone itself, which can be found on the Twitter account of ‘ @ hypark22 ‘ .

If the authenticity of these images is confirmed, the truth is that we would not be dealing with anything revolutionary compared to other information that has been leaked over the last few weeks. Being more specific, it is very similar, if not traced, to the images filtered by LetsGoDigital a week ago, so it can be said that, except for surprise, we already know the aesthetic finish of the device.

The external design of the Samsung Galaxy S22 Ultra is reminiscent of the one used by the Galaxy Note series, a detail that at this point should not be surprising seeing that the two top-of-the-range lines of the South Korean giant have been sharing more and more things at the level hardware. On the other hand, it could also be implied that during the year 2022 we will see another generation of Galaxy Note, but that remains to be seen.

Apart from the external finish of the device and its increasingly similarities with the Galaxy Note series, in SamMobile they have exclusively shown the possible existence of a variant of the Samsung Galaxy S22 Ultra with a 1TB of internal data storage. Yes, you read correctly, 1 terabyte, an amount that would exceed many x86 computers (Intel or AMD) today, especially those located in the medium and low ranges.

It would not be the first time that Samsung includes 1TB of internal data storage in one of its smartphones. In fact, it already did with the Galaxy S10 + . However, that does not mean that the amount is not impressive, especially since, unless the smartphone is focused on productivity tasks related to convergence (that is, being able to turn a smartphone into a PC with a monitor, keyboard and mouse ), it cannot be said that it is justified much in a standard scenario, although it could still make sense considering that the rear camera could record videos at 8K and the front camera at 4K, and that means a lot of space occupied.

Because the Samsung Galaxy S22 has not been officially presented, it is prudent to take everything published with tweezers, but for now everything points to the future smartphone emblem of the South Korean company taking shape with regard to how it will be for the public. We leave you with the characteristics of the device.