Free games on the Epic Games Store: These will be the next to arrive 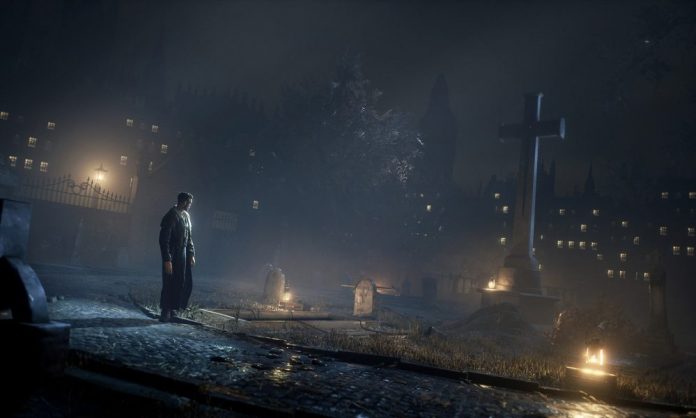 The Epic Games Store is going ahead with their Christmas free games campaign . A few days ago a leak appeared that was collecting, in the form of a list, the next free games that will be available in said promotion. I did not want to give it much hype because none of the titles that appeared in it had yet been confirmed, but today, with two successful titles , I think it is a good time to dedicate an article to it.

This list includes the free games that will arrive until December 26 . As we can see, the game chosen for today would be HUMANKIND, and in the coming days Mutant Year Zero: Road to Eden (December 23), Vampyr (December 24), Pathfinder: Kingmaker (December 25) and Prey ( December 26). We will have the games from December 27 to 30 pending.

The truth is that there are quite attractive titles, without going any further HUMANKIND is a true marvel , and a delight for lovers of real-time strategy. Mutant Year Zero: Road to Eden is also an interesting proposition, and both Vampyr and Prey are two great games in their genre. Highly recommended, and if we can get them for free, then what more can we ask for. 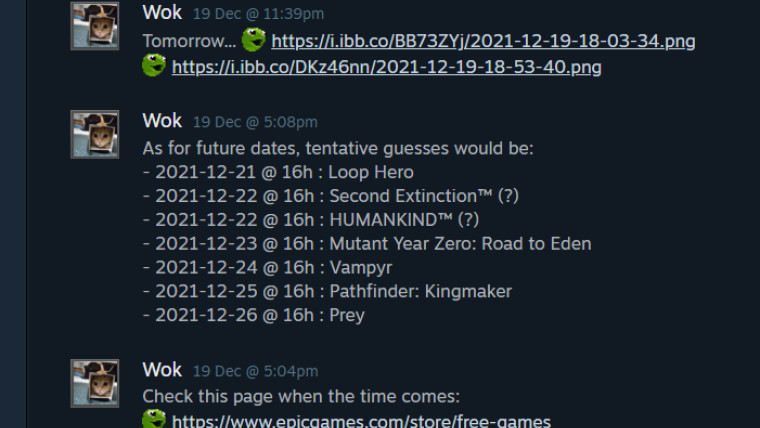 How to get free games from the Epic Games Store: Things you should know

To get the games of this Christmas promotion , you just need to have an account and claim the games in time. You do not need to install the game , or run it, but you do need to claim it before the availability period expires. Each game can be claimed during a 24-hour period, and once that period has expired, the next game on the list enters. What does this mean? Well, if you do not claim the game in time, you will not be able to get it.

All the games you claim will be automatically added to your library, and will become yours permanently, without you having to assume any kind of commitment , or making any purchase. You will be able to install and uninstall them as many times as you want, since these free games do not carry any type of limitation.

Free games change in 24 hour cycles , as we have said. This means that Second Extinction, the free game that is available right now, can be claimed until 17:00, Spanish time. From that time on, the available game will be changed and, in theory, we can claim HUMANKIND. This renewal rate will continue until December 30, so you know, at 5:00 p.m. each day you will have a new free game available.