Galaxy S22 Ultra Final Specs: Base configuration will be more modest than expected 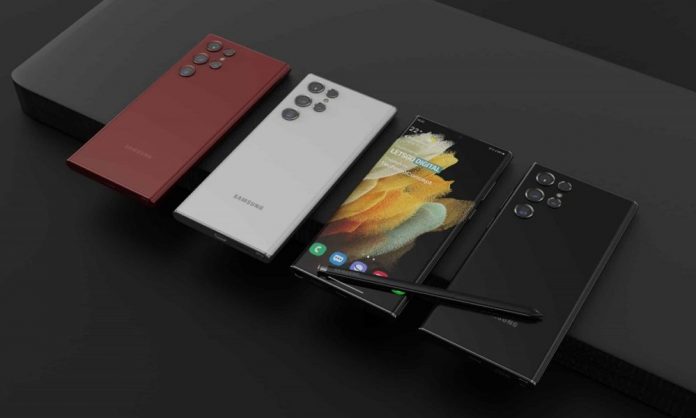 There is no doubt that, today, we know almost all the keys to the Galaxy S22 Ultra , a smartphone that is destined to become the next top of the range in Samsung, and whose presentation should take place between the end of this month of January and the middle of February. We still do not have a specific date, but that time frame that we have given you is the most accurate.

The truth is that this new leak is very useful, above all because it helps us to resolve some doubts we had about the camera configuration of the Galaxy S22 Ultra, and also about the different RAM memory options and storage capacity. On the other hand, the filtered image also includes the different colors in which the Galaxy S22 Ultra will be available: ghost black, ghost white, green and burgundy.

The image also shows a part of what appears to be the Galaxy S22 , a smartphone that will have a Dynamic AMOLED 2X panel with a resolution of 2,340 x 1,080 pixels, a screen size of 6.1 inches and a design almost identical to that of the Galaxy S21, at least that is the first impression that this image leaves us. Unfortunately, it is cut off, and we cannot see the rest of the specs for that model. 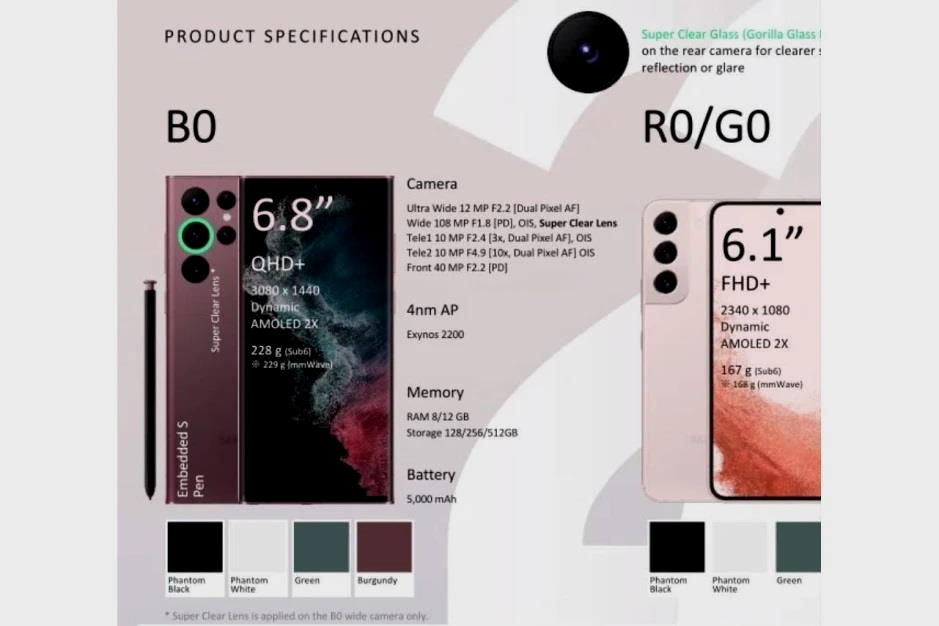 I can say that, in general, we are facing a confirmation of what we had already told you in previous articles. The Galaxy S22 Ultra will have a 6.8-inch screen of type Dynamic AMOLED 2X , whose resolution will be QHD +, that is, 3,080 x 1,440 pixels. The image does not specify the refresh rate, but we imagine that it will be 120 Hz. The fingerprint reader will be integrated into the screen.

The “brain” of the Galaxy S22 Ultra will be a chip Exynos 2200 , a very powerful solution that will be based on the new 4nm node, and which will be the first to have a AMD Radeon RDNA2 GPU . Such a GPU could mark a major turning point in the industry, and make it feasible to develop console-quality games on a smartphone. Regarding its CPU, we can expect a chip with 8 cores divided into three blocks: a high-performance Cortex-X2 core, three high-performance Cortex-710 cores, and four high-efficiency Cortex-A510 cores.

The Galaxy S22 Ultra’s battery will be 5,000 mAh, it will have fast charging and wireless charging support, and it will be compatible with the S-Pen stylus. Its sale price is not confirmed, but the latest information I have seen places it, in its base configuration of 8 GB and 128 GB, in the range of 1,300 euros.