Google will improve the connection between Android and Windows 11 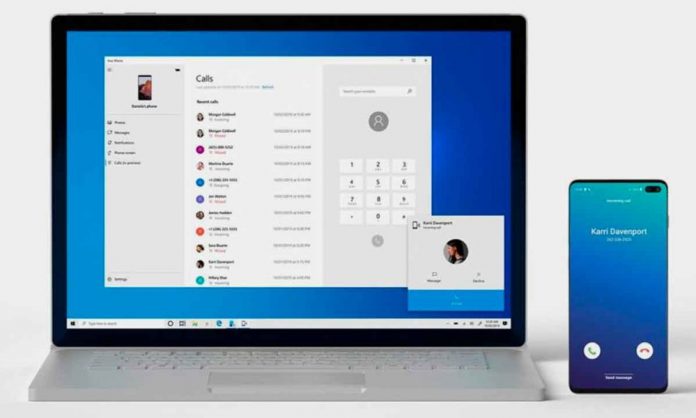 Without a doubt, one of Google’s most successful products is Android , a promising development in 2005, when the search engine company bought its developer, Android Inc. It’s been more than 13 years since the launch of its first version, and throughout these years it has managed to first become and then consolidate itself as the most widely used operating system for smartphones in the world, with a 70% market share according to December data from Statcounter:

In the early years of smartphones, Microsoft tried to bring its leadership in desktop operating systems to this new ecosystem with Windows Phone, but for whatever reasons, it never reached the levels expected in Redmond and, in Consequently, its development was terminated a few years later. That was probably the moment when Android and Windows started to have a better relationship .

And yes, it is true that the integration of Android in Windows has given much to talk about in recent months, but we can actually look much further back , with developments like the one that, there By 2015, I was already exploring the possibility of running Android binaries on Windows 10 . Since then, and periodically, we have had new news about it. However, everything accelerated substantially when it was Microsoft itself that got down to work.

The relationship between Windows and Android actually has two ways that may be complementary but do not necessarily go hand in hand. On the one hand, we have the one that we have been seeing the longest, and that consists of making Windows can run the Android app. On the other hand, we find the one that seeks to establish a connection between Windows and Android smartphones, thus allowing the use of smartphone functions from the desktop.

The first one is part of the new features in Windows 11 and, although with some limitations, we can now consider it completed. The second depends mainly on Your Phone , a Microsoft application to establish a connection with smartphones and that, although it is also compatible with iOS, unfolds its full potential when used with Android terminals.

Although so far Microsoft and Google have already collaborated in this regard, Google has taken advantage of this CES 2022 to report its plans to improve the connection between Windows and Android.

« For the first time with Android, we also focus on building for other platforms, such as Windows, whether in games, productivity or other areas. For example, by connecting your Android phone to your Windows PC with Fast Pair, you can quickly configure Bluetooth accessories, synchronize text messages and share files with Nearby Share «, we can read on the Google blog.

The search engine company has not given more information, at the moment, on the steps that will be taken to improve said connection. However, it does seem that, at least initially, it will not be a universal solution , as Google claims that it is working with Acer, HP and Intel to “ bring these experiences to first certain Windows PCs later this year «.