Gran Turismo 7: reserve a good portion of your SSD 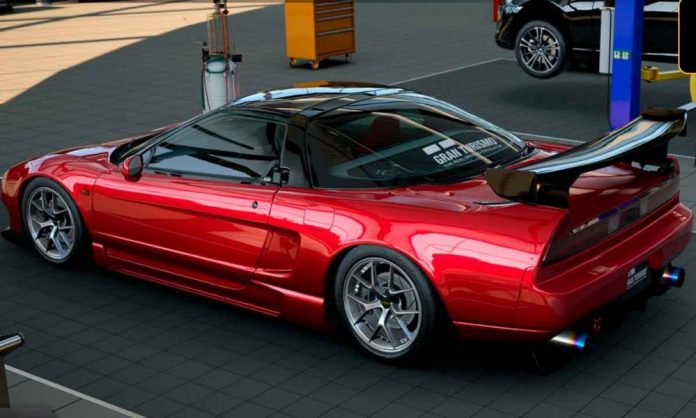 Regarding consoles, I personally stayed in the previous generation, but I recognize that Gran Turismo 7 is one of the main reasons why I would consider an update to the present . And it is, although there are many titles that made me really enjoy the first three generations of PlayStation, if I do a little memory I see that, by far, the first titles of this saga are the games that I dedicated the most time to.

After seeing the Gran Turismo 7 preview material published so far, I can’t help but think about the sensation that the first Gran Turismo produced for many of us, the one at the end of the last century. I still remember the feeling that it “seemed real.” I remember thinking that the human being had reached a ceiling in terms of graphics with that. Seeing it now, some two decades later, as well as making me feel a bit old, also brings me face to face with my naivety back then. If you played it at the time, you thought the same as me and you haven’t seen it again, I invite you to take a look at this video:

I think there is not much more to say, except that everything is going very fast… and I am not just referring to the cars in the game. Almost a quarter of a century has passed since then, a period in which we have seen the saga evolve in successive versions that, unfailingly, have always shown that the previous one, which seemed to have reached its ceiling, could still be overcome. Something that seems like Gran Turismo 7 is about to repeat with Gran Turismo Sport , the latest version published to date and which was released five years ago, in 2017.

These improvements, yes, have a cost, and it is none other than the storage space they require, something that is obviously not exclusive to this saga, but that does become a headache for players who They have limited storage space. T seems that in the case of Gran Turismo 7 this story is going to repeat itself, to the point that at launch date, Gran Turismo 7 could approach 100 gigabytes, just a little less than what its predecessor consumes, Gran Turismo Sport, fully updated.

If what is leaked by PlayStation Game Size on its Twitter account is confirmed, the size of the initial download of Gran Turismo 7 scratches the 90-gigabyte mark, but in this point it is important to bear in mind that this size does not count the more than foreseeable first patch, which is normally published during the first days to polish those aspects modified at the last minute, so it is foreseeable that, finally, its size will be greater.

Regarding the release dates of Gran Turismo 7, as you can see in the message, the preload is expected to be activated within a month, on February 25, and a week later, on the fourth March, it is already possible to start playing it . In other words, from today the wait will be a little less than a month and a half. That yes, if you are one of the brave ones who still dare with pre-reservations, a habit that is not highly recommended, you can already do it in the Sony online store, for 79.99 euros.