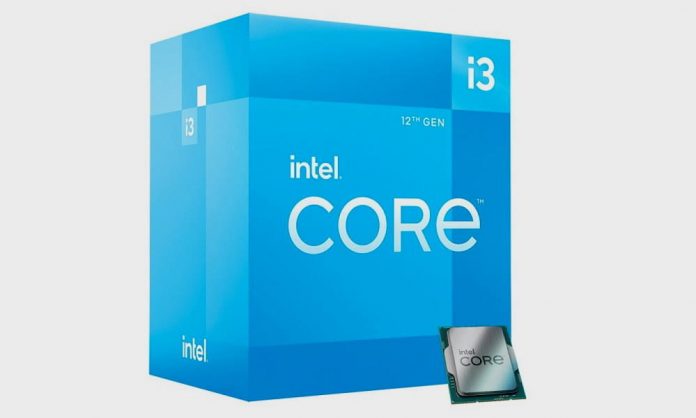 Of all the Intel Alder Lake “non-K series” processors recently introduced by the chip giant, the Intel Core i3-12100 was, along with the Core i5-12400, one of the that generated more expectations . I already told you at the time, both processors were going to fill an important gap within the low range, and the mid-low range, and I can confirm that my forecasts were very correct.

Media such as Tom’s Hardware confirmed, with their analyzes, that the Intel Core i5-12400 is capable of competing with the Ryzen 5 5600X , and that it is emerging as a more interesting value because it manages to exceed it in many scenarios, despite the fact that its price is much lower. As of today, the first has a price of 224.90 euros, while the second costs 295.32 euros. The numbers speak for themselves.

The Intel Core i5-12400 offers an interesting value, but if we don’t need an integrated graphic, the Intel Core i5-12400F is the best option on the market in its category, since, like its brother, it competes with the Ryzen 5 5600X, but it is priced at just 194.89 euros. To build a PC dedicated to games, starting on a tight budget, this Intel chip is the best option available today. 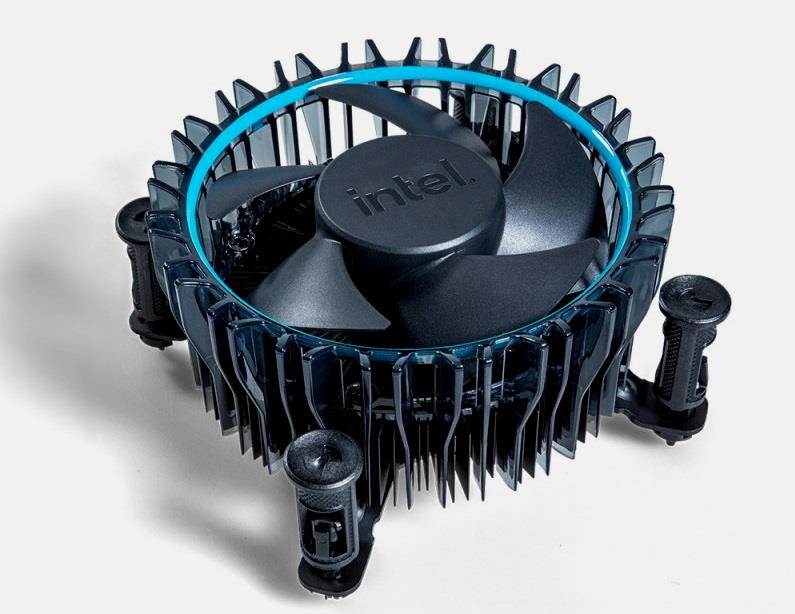 Intel Core i3-12100 and the power of the IPC: Four cores prevail over six cores

That is the conclusion left by the analysis published by Art of PC . The Intel Core i3-12100 is a processor that, as we said, falls into the lower range, but it is a new generation chip, which means that it uses the Golden Cove architecture, and that it is compatible with 4,800 MHz DDR5 memory, and 3,200 MHz DDR4 memory (up to 128 GB). 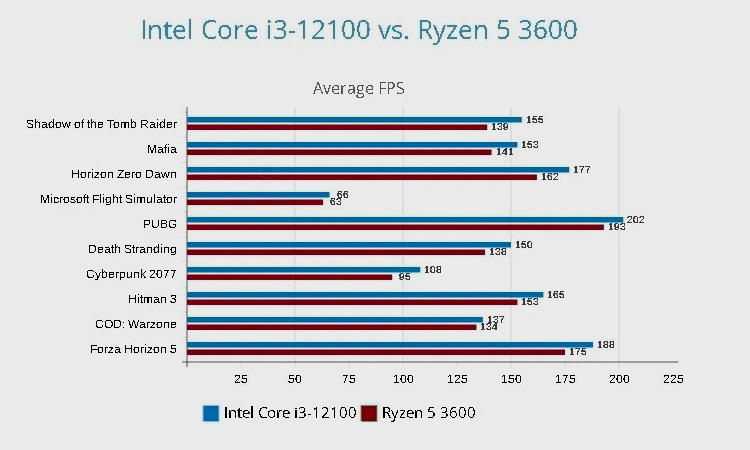 If we look at the gaming performance data, we find a resounding victory for the Intel Core i3-12100, clearly imposing the Ryzen 5 3600 . I know what you are going to tell me, that current games do not depend so much on multithreading performance, and yes, it is true, but in this comparison games with a high dependence on the CPU that scale better in 6-core and 12-thread configurations, such as CoD: Warzone, Shadow of the Tomb Raider, and Hitman 3.

The conclusion we can reach is very clear, the Intel Core i3-12100 offers excellent value for what it costs , and confirms that, thanks to the increase in CPI that has marked the Golden architecture Cove, the 4 cores and 8 threads still have a lot of life ahead of them, at least in games. On the other hand, I remind you, as I did with the Intel Core i5-12400, that there is also a version of the Intel Core i3-12100 with the GPU disabled (the “F” model) whose price is just 123.10 euros.