Intel Core Raptor Lake-S: up to 68 megabytes of cache 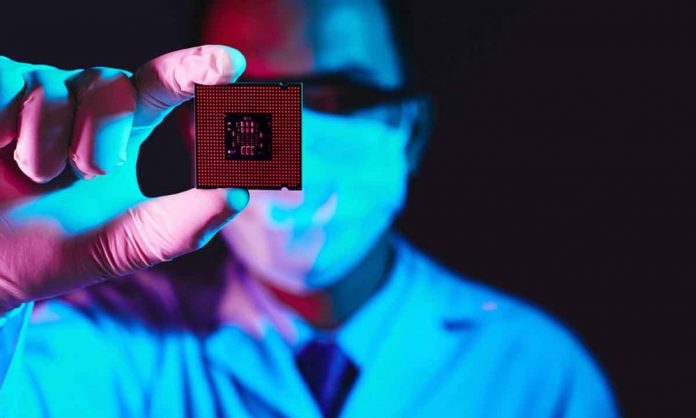 Although we will still have to wait a few months until the arrival of the Raptor Lake-S processors and, from his hand, the arrival of the thirteenth generation of Intel Core, it has been a long time since We heard about them for the first time and, over the months, we have been able to find out more about this new and long-awaited generation . And it is that, this time yes, it seems that Intel has stepped on the accelerator and is not willing to give up the first position in the market in terms of processor performance.

A very interesting announcement from AMD in the past CES 2022 , which, however, has not been one of the most commented, was the announcement of the AMD Ryzen 7 5800X3D , with its 100 megabytes of cache memory (L2+L3), a litmus test for its 3D V-Cache technology, which allows memory units to be stacked vertically inside of the encapsulation. Such an interesting announcement that, as we can read in HotHardware , Raptor Lake-S could also be Intel’s response to AMD at this point.

And it is that according to a leak in this regard, one of the novelties of Raptor Lake-S would have to do, precisely, with the total cache volume of the chips, with a proposal that without reaching 100 megabytes of the Ryzen 7 5800X3D, yes, it would be a significant jump, because as you can see in the image below, from the Twitter user @Olrak29_ we would be talking about a total of 68 megabytes of cache, adding L2 and L3 , an increase of 24 megabytes compared to Core i9-12900K . 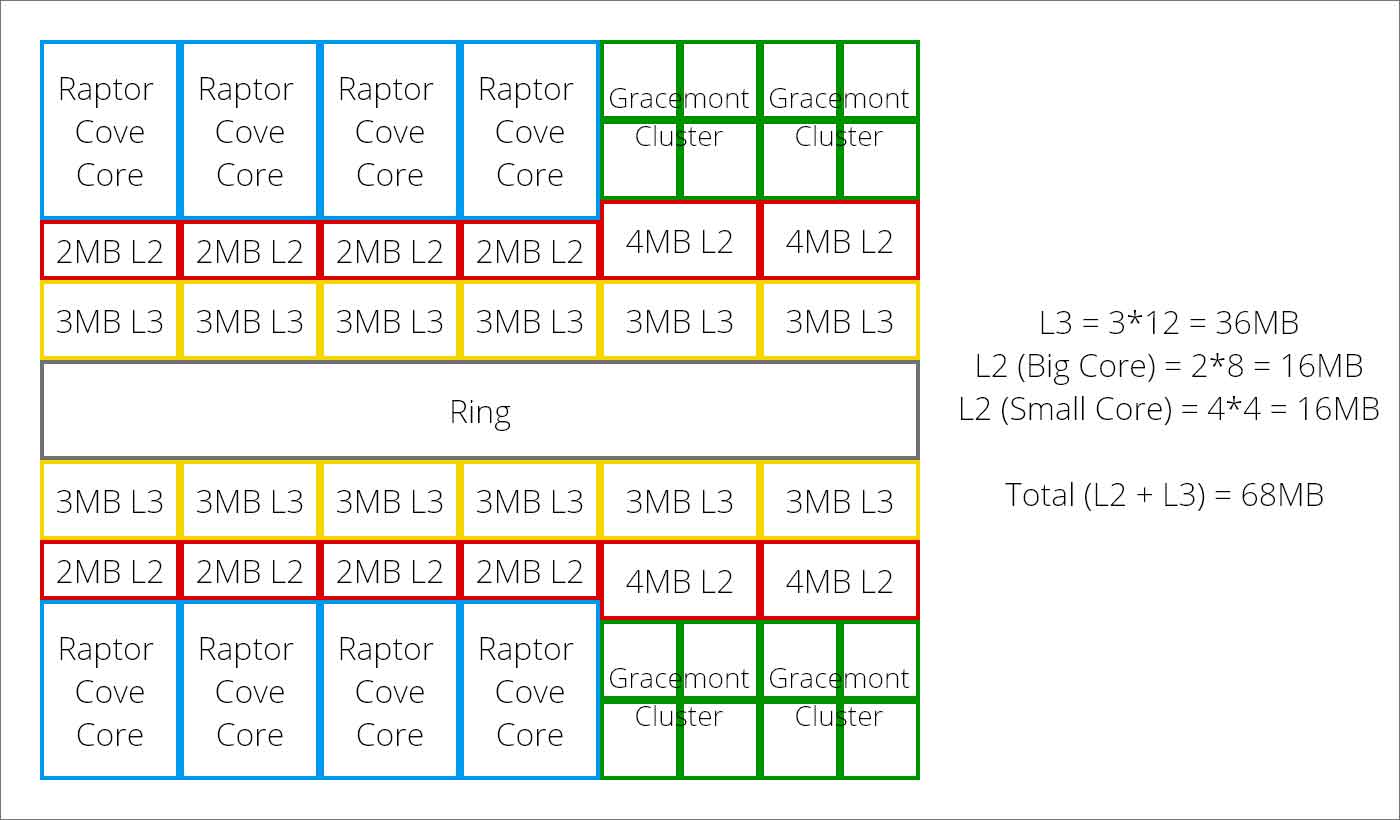 As we can see in this design, which will hypothetically be the Intel Core i9-13900K, it will be a great leap in several ways. And it is that, as we already told you a few weeks ago , from the hand of Raptor Lake-S we would get a CPU with no less than eight high-performance Raptor Cove cores, along with 16 efficiency Gracemont cores, spread over four clusters, for a total of 24 cores and 32 threads . Without a doubt, only with this data it is already evident that we are talking about a beast in performance.

Now, the most surprising thing is what we mentioned at the beginning, that is, the jump that Raptor Lake-S would make with respect to Alder Lake in terms of the total amount of cache memory integrated in the package. And it is that, as you can see in the graph (yes, let’s remember once again that it is based on a leak, not on data made public by Intel), we would find 36 megabytes of L3 cache to which It would be necessary to add 32 megabytes of L2 cache , which gives rise to the 68 megabytes that we indicated at the beginning.

This improvement would undoubtedly be a huge relief for the I/O operations of the processor, a common bottleneck and, therefore, something that should be assumed to be a significant increase in the performance of the chip. However, that does not mean that Intel will have a clear path. And it is that, from what we have been able to know so far and what we can expect from AMD, Zen 4 could also represent a significant increase in this regard. Thus, it seems that the cache will play a key role in both Raptor Lake-S and Ryzen 7000 , two new generations of the most interesting.