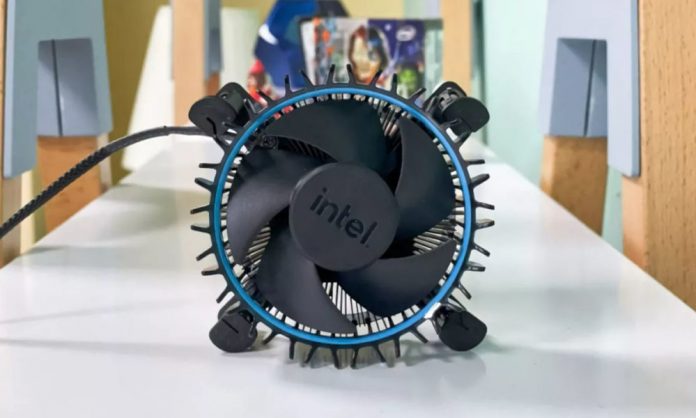 A Chinese publication has tested the stock fan (Intel Laminar RM1) that the chip giant has prepared for its mid-range Alder Lake processors, the Core i7, Core i5 and Core i3 (without multiplier unlocked) that it will present the week next at CES in Las Vegas. And it will be quite efficient , according to the tests .

Stock fans, the air-cooled ones that are delivered by standard manufacturers with some processor models, are typically not the best on the market, and advanced users / enthusiasts often purchase higher-performance third-party solutions or bet directly on liquid cooling solutions.

Perhaps aware of this, Intel did not deliver any type of refrigerator with the Alder Lake “K” series processors with an unlocked multiplier released last fall as we could see in the reviews we offered . But he has designed them, specifically the RH1 for the most powerful CPUs in the series, the RS1 for the entry range and this mid-range Intel Laminar RM1 that we see in the images.

The tests were conducted with a still unreleased six-core Core i5-12400 processor ( will be one of the new models that Intel will announce at CES) and at full load at an ambient temperature of 20 C gave as a result temperatures of 73 C at a fan speed of 3,100 RPM. Under normal use the fan spins at 1,300 RPM and they say it is very quiet. Not bad for a standard fan . Whether Intel ships them with the processors or sells them separately. 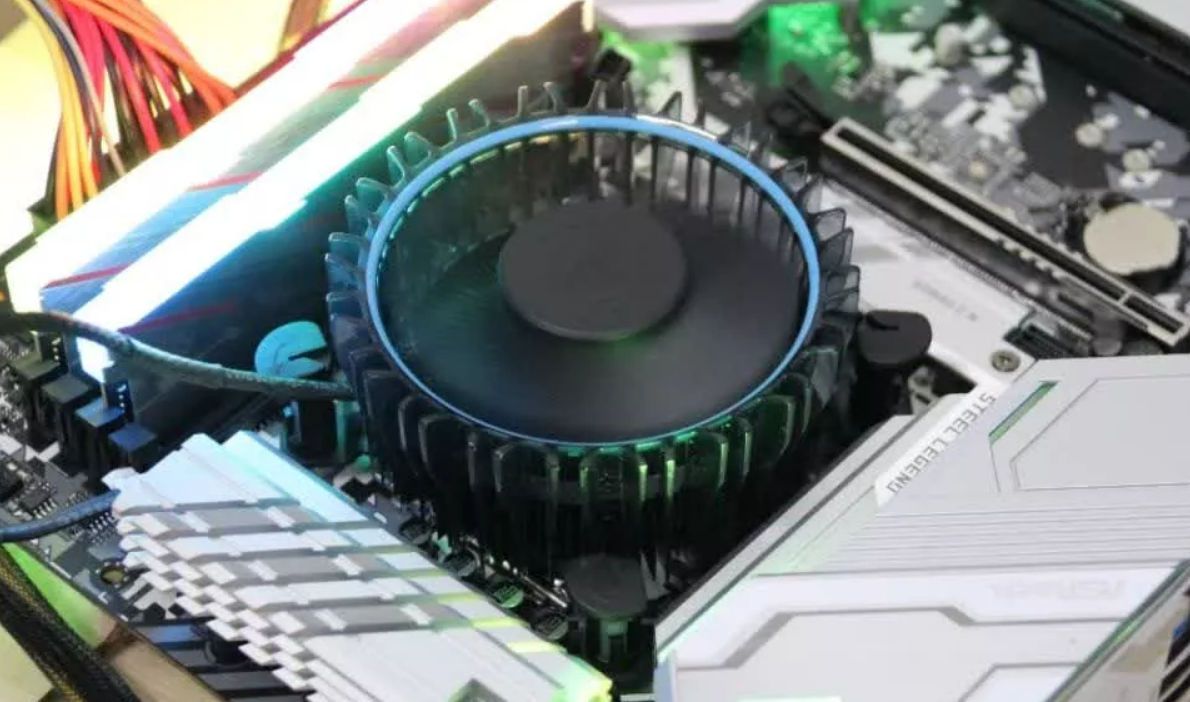 The Chinese media has also verified that the blue ring you see in the image is a decorative element and not LED lights. The LED backlight capability will be reserved for the high-end RH1 model.

Obviously, an enthusiast who invests the good amount of money required to build a PC with the Intel Core i9-12900K (plus the motherboard, DDR5 memory, high-end GPU …) will use an advanced liquid cooling solution such as the Corsair iCUE H150i Elite LCD that we used for testing.

However, blocked mid-range processors that are not usually overclocked, such as the ones Intel will introduce next week, can work perfectly with stock fans and from previous tests the one that will provide Intel as standard will be quite efficient.

The tested Core i5-12400 will be one of the most interesting. It is based on “H0” silicon and physically has six “Golden Cove” P cores (12 threads) and no high-efficiency E-core cluster. It has 18 Mbytes of cache and will work at a frequency of 4.4 GHz. Along with the rest of the series, we will present them to you next week.