James Webb: all set for take off 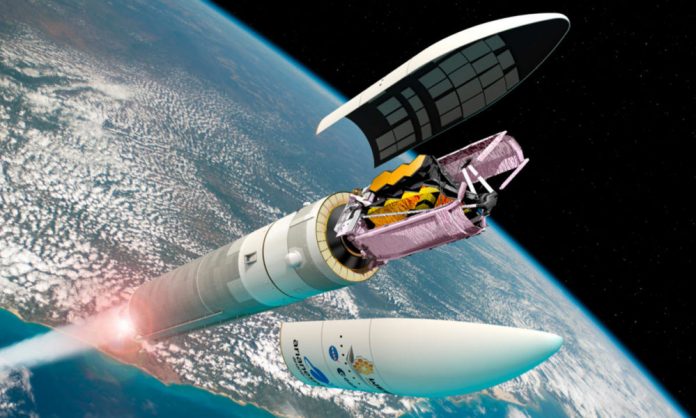 The project of the space telescope James Webb has completed this 2021 a whopping 25 years . Yes, a quarter of a century has passed since work began on what would be the replacement for the veteran and beloved Hubble. Of course, at that time it was difficult to imagine that at this point the Hubble would continue to be operational (although with the ailments of age, yes) in 2021. And luckily it has, since the successive Delays in the launch of this colossal space telescope could have left us without eyes in space, had it not been for the resistance of Hubble.

Be that as it may, it is better late than never, and finally it seems that, except for last minute incidents, tomorrow at this time the James Webb will have already started his fascinating journey, in which he will make us participate with the images that we will be able to observe thanks to the. After the last postponement (and hopefully the last one), which has delayed this operation for one day due to meteorological reasons, tomorrow Christmas Day, shortly after one o’clock (Spanish peninsular time) will produce the launch, which you can follow from the NASA channel on YouTube.

The launch of the James Webb, which is named after the one who was the second administrator of NASA during the golden decade of space exploration, the 60s of the last century, will be launched into orbit thanks to an Arianne 5 rocket that will take off from French Guiana, a further reminder that, although the most visible actor in the development of the telescope has been the US space agency, it is actually an international project in which The agencies CSA / ASC (Canada), CNES (France) and ESA (Europe) have also participated, in one more sample of how common collaboration is in terms of science, research and engineering in space.

Not all was good news during the development of the James Webb. As we have already recalled previously, delays have been a constant in these decades, but dates have not been the only breached limits. The complexity of developing the telescope has also led to the final costs being much higher than initially expected . However, and although obviously the cost overruns are always something reprehensible, it is most likely that the result of this investment will end up compensating, by far, even the last cent invested in it.

We must not forget either the colossal size of the James Webb. Its primary mirror is made up of 18 hexagons that complete an area of ​​6.5 meters , that is to say, close to triple that of Hubble’s mirror, whose mirror is 2.4 meters. In addition, obviously the technology integrated in it is much more current, and we must remember that the veteran telescope was launched in 1990. And if we stop for a moment to assess the evolution of technology in these 31 years, it is not difficult to imagine the leap evolutionary between the two.

Be that as it may, if you want to see the launch you can do so on the YouTube channel that we have added above and, of course, once the James Webb is already operational, we will pay close attention to everything that allows us to observe .