James Webb: at the gates of the Lagrange Point L2 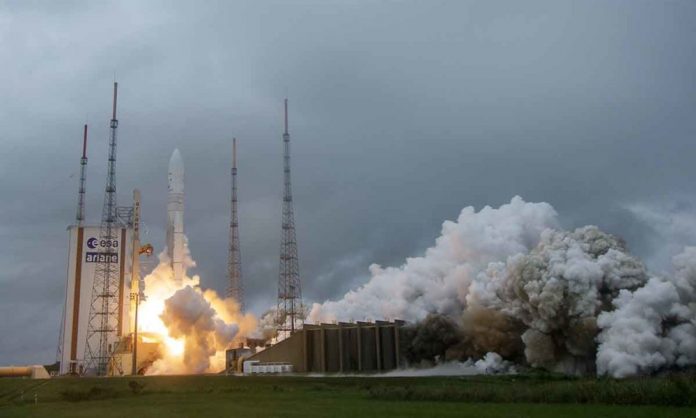 Tomorrow will be a month since the launch of the James Webb , which said goodbye to our planet on Christmas Day, thus marking a fundamental milestone in a story that began to be written in the late 1990s, when it started projecting. And it is that as we already told you when confirming that the launch was imminent , nothing less than a quarter of a century separates its proposal from the moment in which, catapulted into space by the always reliable Arianne 5, started an exciting journey.

Unlike other space laboratories and telescopes that, like Hubble, orbit around our planet, the location of the James Webb is much more remote, since it will be located at the Lagrange Point L2 , a location about a million and a half kilometers from the Earth, and in which the combination of the gravitational attractions of the Earth and the Sun interact, providing a fairly stable position and, therefore, it is especially optimal for observation space.

The James Webb is not the first object located in Lagrange L2, there we can already find the Wilkinson Microwave Anisotropy Probe (WMAP) and the Herschel Space Observatory, facilities that have made the most of such a privileged location. A location to which the James Webb will arrive today, in a few hours , thus completing the trip that began on December 25, and then starting its planned orbit.

This does not mean, however, that the telescope will already be fully operational. Once the trip is complete, the James Webb must now begin the slow and complex phase of deploying and activating part of its components . As you can imagine, and just as we have seen recently in the case of the Perseverance rover and its inseparable companion, Ingenuity, the impossibility of physically accessing them in the event of any type of problem, forces us to take extreme precautions and delay the times for each action as much as necessary to make it safer.

In any case, completing the journey from the earth’s surface to Lagrange L2 is already a success , because despite the fact that we have made this type of operation routine, the truth is that its complexity is still capitalized , and the levels of accuracy and reliability required are far above anything we are used to in our day-to-day lives.

Tomorrow, after confirming that the James Webb is already in the location that will be its home for the next few years, a region of space where the temperature is around -230 degrees Celsius, preparations will begin for it to enter in service, something that can last for several months. The wait will undoubtedly be long, but as soon as we start receiving your first data shots, will surely show us that the wait has been worth it .