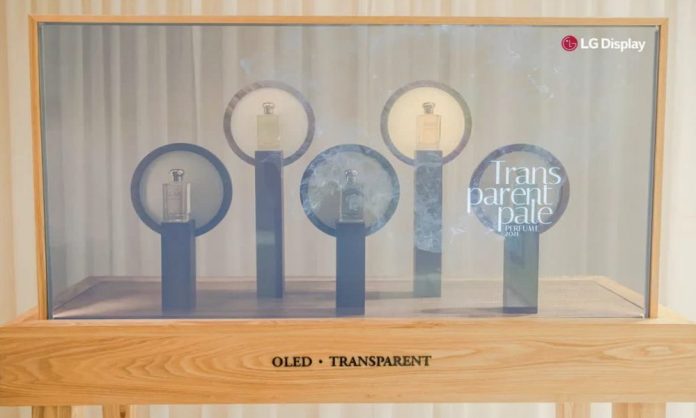 Clear and flexible OLED displays are the industry’s most advanced display panel technology, and LG Display, LG Electronics’ sister but working separately from the matrix, is teasing new developments leading up to CES 2022. Y to which more impressive, although they are concepts and prototypes that may be used by third parties because they sell their designs to a good number of manufacturers.

The Las Vegas show hasn’t started yet, but LG Display is already the absolute king of “weird” displays . If a couple of weeks ago we had the opportunity to see the LG StandbyME that allows you to take the TV anywhere and the LG Objet TV covered in cloth to cover it when not in use, the presentation of today is dedicated to transparent and flexible OLED screens,

The highlight comes from the LG OLED Shelf , which combines two 55-inch clear displays , one on top of the other, along with a shelf on top. Although it can be used in commercial settings, LG Display says it is ideal for the living room, where you can display a work of art, a TV show, or both on each of the two screens simultaneously. 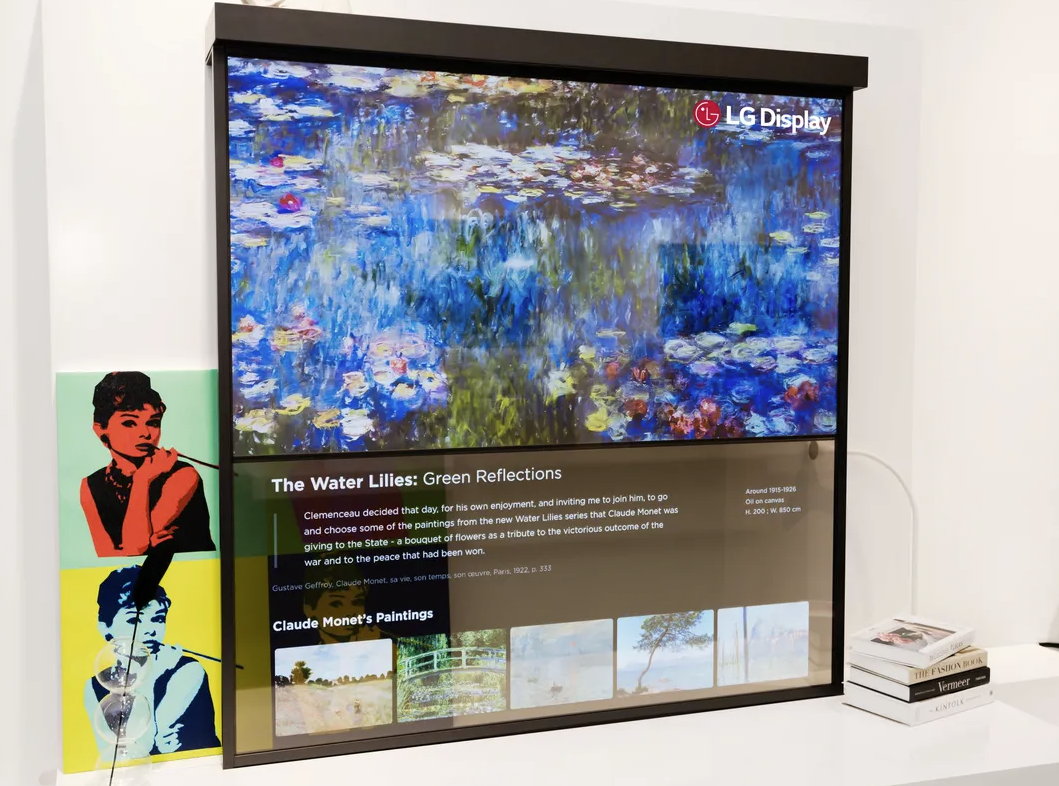 Supports the ‘ Always on Display’ mode which ensures that the screen can stay on all the time, while being transparent it can show a physical painting behind the screen when it is off. LG has created a sheet of opaque material that rolls down like a projector to make images appear less ghostly, which often happens on these types of transparent OLED displays.

Shopping Managing Showcase is another of the designs presented and, as its name suggests, it is intended for companies to display the products of their store. This creates an experience in which the content (graphics, prices, etc.) related to the elements behind it can be displayed almost as if it were augmented reality. 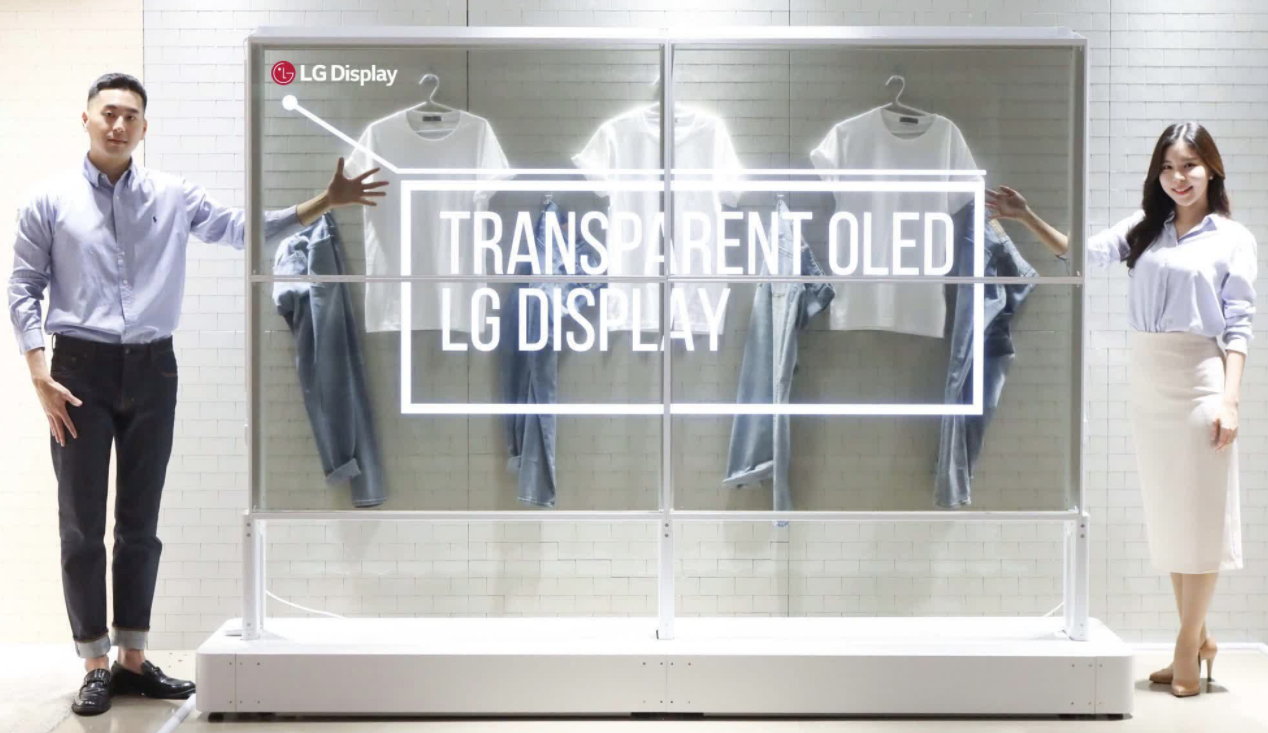 A similar product called Show Window will also be on display at CES. As the name suggests, it is a transparent window display made up of four 55-inch transparent OLED displays. Versions of this technology are already on display in a fashion store in Seoul, art exhibits at The Smithsonian museum, and inside some subway car windows in China and Japan.

We leave for the end another great cool one that takes full advantage of the capabilities of this type of technology , the Media Chair , a reclining chair with an OLED 55-inch integrated with 1,500R curvature and Cinematic Sound technology, which produces audio through vibrations on the screen instead of external speakers. It features a touchscreen control panel on the armrest to rotate the screen between portrait and landscape orientations. 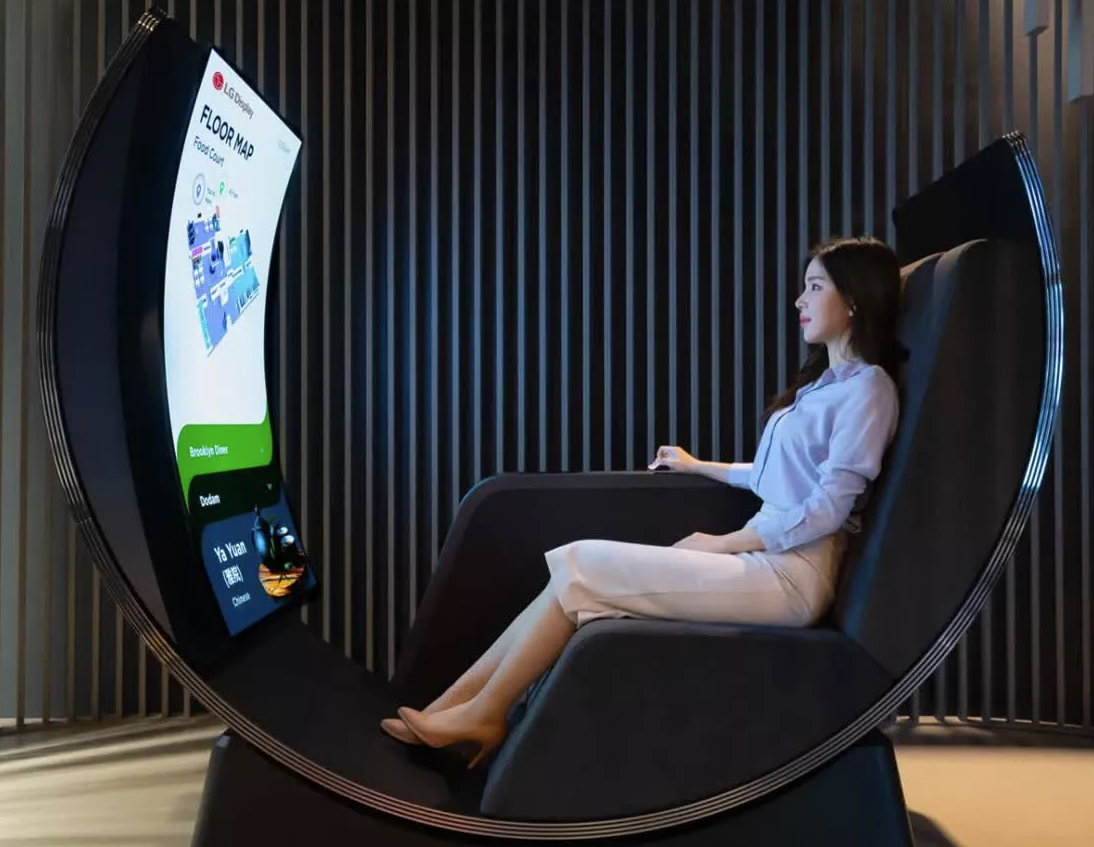 Completing the exhibit, fitness fans will appreciate the Virtual Ride . He combines three 55-inch OLEDs and places them in front of a stationary bike. The displays reach a curve of 500R, which according to LG is the largest among large-format displays to offer the highest degree of immersion. 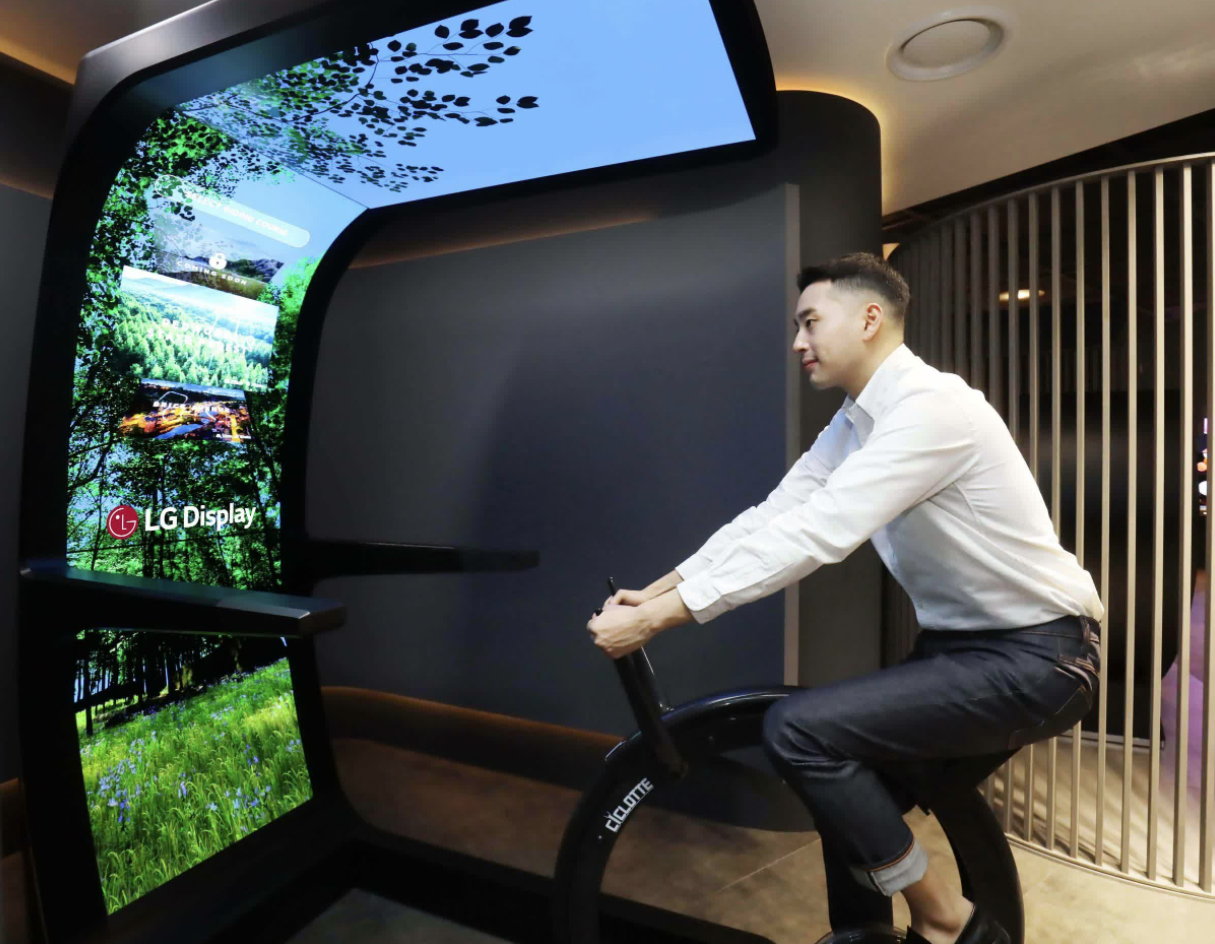 At the moment, everything presented by LG Display are only concepts and prototypes, although surely some of them will end up being commercialized. We’ll see you next week at CES 2022.