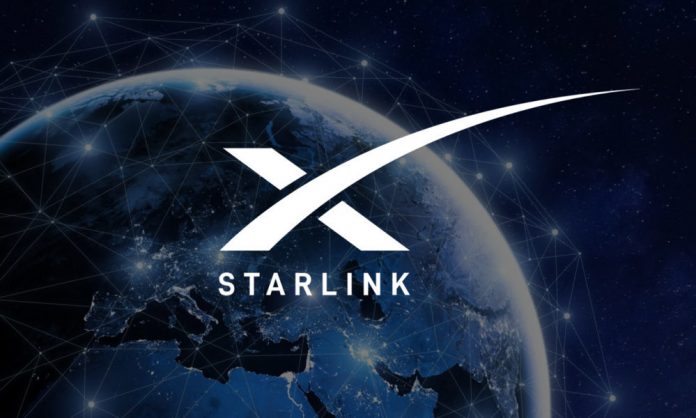 In recent years, low Earth orbit has become a tremendously crowded space . The times when it was possible to know, more or less, what objects were in it are long gone. The rise of satellites, mainly for communications but also for other uses, began a few decades ago to populate that strip that surrounds our planet. At that time it seemed that it was already quite populated, but we could not even imagine what was to come.

The great boom in the exploitation of low Earth orbit has undoubtedly come from the hand of Starlink , SpaceX’s satellite Internet service, with which Elon Musk’s company intends, before the end of 2022, offer global coverage of Internet access via satellite, something for which it has already deployed a vast network of satellites in the form of a mesh, which if the company’s plans are fulfilled in the medium term will come to be made up of 42,000 devices located in low earth orbit.

This only concerns SpaceX, let us remember that Amazon also has plans to create its own mesh for its satellite Internet service, and that there are other companies that aspire to deploy similar networks. The density of devices located in low Earth orbit is beginning to be a problem, which will only increase with each new satellite.

We already spoke, at the time, of the risks associated with the deployment of the satellite mesh of Starlink, the company that has made the most progress so far in the deployment of its network. However, just because it’s the first doesn’t mean it’s the only one. As SpaceX grows its network, while other companies with similar plans begin to place their own satellites in low Earth orbit, traffic saturation in it will become a bigger and bigger problem .

This situation is even more complicated if we take into account the attitudes of some countries . We saw the last example of this just a couple of months ago, when in some tactical exercises China decided to detonate its own satellite that was in low Earth orbit, generating a large volume of space debris that is now orbiting our planet. As a result of this action, the International Space Station was forced to change its trajectory and to remain in an emergency situation due to said debris.

And we have recently learned that another similar incident occurred a few months ago, when a Starlink satellite entered a collision course with the Chinese space station, which due to the satellite’s inactivity, had to make a change of route of emergency , because otherwise the satellite would have passed less than a kilometer from the Chinese installation, which is also in low Earth orbit, and which at the time of the incident (and at present) is manned .

The hypothetical collision of a satellite, even if it is not large, with the station, could have had fatal consequences , and the problem is that its telemetry shows us that the satellite did not carry perform any evasive maneuvers, when they should have done so, to reduce the risk of impact. Said negligence on the part of SpaceX has led China to claim in the United Nations for the company’s malpractice .

Fortunately, the space station reacted in time and was able to change its course to avoid the risk, but the lack of reaction by the Starlink satellite is negligence that is hardly forgivable and could have cost lives . And it is that, instead of being the Chinese station it had been a piece of space debris, and the satellite had not acted, we would have had to add more space debris in low Earth orbit.

The problem is that, seen, the current reading is that low Earth orbit is an accident waiting to happen, a collision that will occur sooner or later . and that can give rise to a chain reaction that could completely block it, preventing, among other things, the departure of ships from Earth to space, due to the high risk of their collision with space debris. A bad future for everyone, and one that should be avoided as soon as possible.

And yes, it is true that Internet access via satellite can be very convenient in certain circumstances , specifically in regions where cable connectivity is very complex. In addition, it offers an alternative route that can be very useful in the event of hypothetical failures of the large transoceanic cables that are the backbone of the Internet. However, endangering low Earth orbit, in a risk that would also condemn the very services that are based on these satellites, seems to me to be too high a risk. Even more so when seeing negligence like this one from SpaceX.