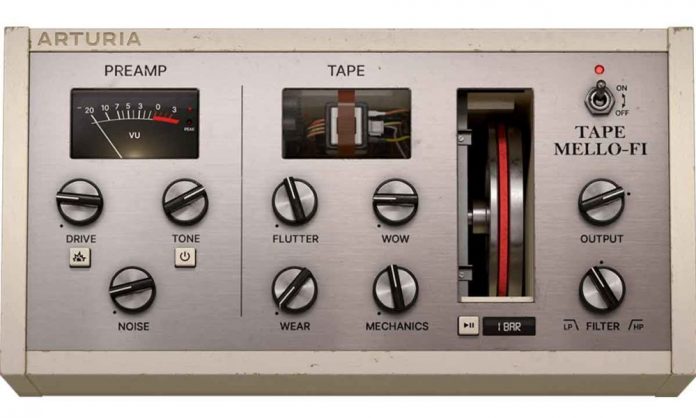 Before talking about MELLO-FI, it is important to know what lo-fi is and, if you are not familiar with it, also the success it has among many young people, especially millennials , who consume it as if out of hot bread. And it is that the fact that there is a lot of lo-fi music has made, wrongly, many people think it is a genre or a musical style, when in reality it is not exactly like that. Lo-fi is actually a style of music production or post-production.

The technique consists of using, during recording, old, low fidelity elements, in order to obtain an “old” sound , low fidelity and with imperfections. In the absence of this type of media, it is also possible to make a recording with current media, but produce it or post-produce it with a DAW (Digital Audio Workstation, a digital editing studio) in which the necessary effects are applied to reduce the fidelity of the sound and, additionally, add your own sound effects.

That is precisely the function of MELLO-FI, an Arturia plugin for the main DAWs for PC and that, until next December 31st, s can be obtained in a free on its website . To obtain it, of course, you will have to register as a user, and once you have completed that process, you will associate the MELLO-FI license with your Arturia user account, and you will be able to install and use it on up to five systems simultaneously.

One of the reasons that lo-fi has become such a popular sound style among millennials is that such lo-fi elicits a certain nostalgic tone , which fits perfectly into a phase vital in which, despite being young, you already begin to observe with a certain nostalgia the memories of the past, especially of your childhood. This emotional response is explained quite well Jaime Altozano in a video that he dedicated to dissecting this style of recording. And the function of MELLO-FI is precisely that, to give any recording a lo-fi sound.

Of course, you should know that MELLO-FI is not an independent program, that is, you will not be able to use it by itself. As I mentioned before, we are talking about a plugin that integrates with all digital sound editing systems compatible with VST 2.4, VST 3, AAX, Audio Unit and NKS . Such an extensive list makes it possible to use it with almost any application, and even allows the possibility of using it not only in recording and editing, but also live, with applications such as OBS Studio.