Monitor shipments are starting to drop. Will prices drop? 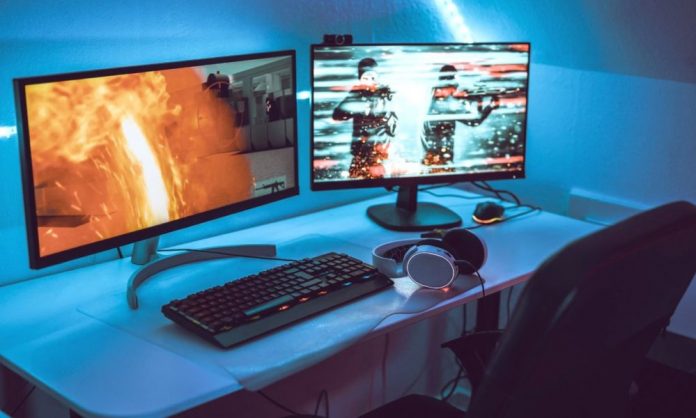 For months we have lived through a period in which everything has been expensive among products that make use of chips. The economic crisis caused by the COVID-19 pandemic, the changes in consumer habits that it has brought about and the semiconductor crisis have meant that the market has changed a lot in a short time. However, 2022 may be a good year to buy a monitor.

According to the research company IDC , the price of monitors may fall during the course of the year 2022 due to the decrease in demand . The confinement imposed by many states during the first months of the pandemic caused an increase in the demand for monitors and laptops in 2020, a phenomenon associated with the fact that millions of people began to work from home.

But with the “new” consolidated context and the recovery of a certain normality in many places, the time would come when the demand for monitors would begin to decline, especially since it is an article that is not usually renewed frequently. IDC and John Peddie Research have found that the number of monitor shipments has returned to typical levels in the third quarter of 2021 , this being a trend that may not rebound in the next few years.

IDC has estimated that approximately 34.8 million PC displays were sold during the third quarter of 2021, a decrease of 7.2% compared to the same quarter last year. This is in contrast to the 86.652 million personal computers sold during the same period, the vast majority of which were portable. 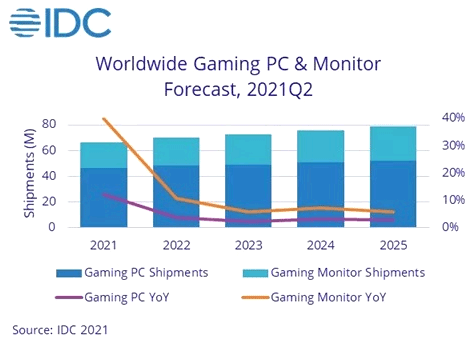 Different is the situation of computers and monitors oriented to gaming , a market that will continue to expand in the coming years. IDC has estimated that the number of gaming computers and monitors sold increased last year to 26.4 million units. In economic terms, it foresees that the sector will go from 43,000 million in 2020 to more than 60,000 million in 2025 with an annual growth rate of 7.4%. Obviously, this possible situation would cause prices to remain high in some segments.

IDC predicts that displays for gaming will go from $ 339 in 2020 to $ 309 in 2025. The company explained that there has been great interest in monitors that run at 144Hz or higher. Additionally, it has spotted an effort by consumers to transition from Full HD to 1440p and even 4K. On the other hand, there are curved monitors, whose size varies from 39 to 49 inches.

The decrease in the general demand for monitors should have an impact on an increase in supply, therefore, if the market continues its logical operation, it would cause a drop in prices for consumers. According to John Peddie Research and IDC, demand has remained high for most of 2020 and much of 2021, but signs are emerging that the market has started to return to its pre-pandemic pace.