OnePlus could be working on new affordable smart TVs 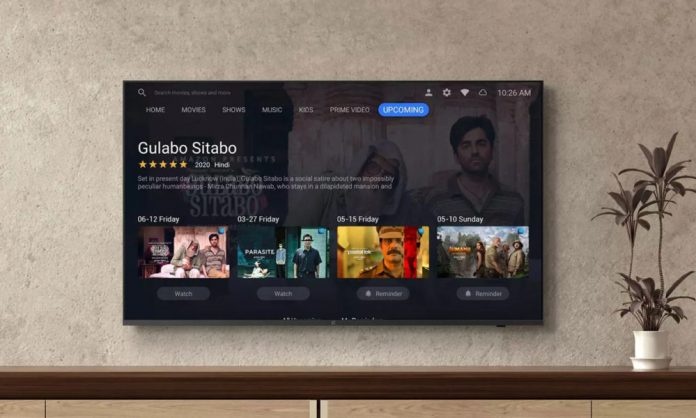 During the last few years we have seen how little by little Chinese brands such as Huawei, Xiaomi, OnePlus and others, gradually entered the smartphone market until they took over a larger and larger portion of the top five of world sales. However, this is not enough for them. And it is that always starting from the Asian continent, but little by little opening more to the West, we see how these brands are also entering other technological markets .

Thus, one of the last of these companies to enter other markets was OnePlus , managing to present one of the company’s most acclaimed products with its first smart TV . A success that seems could be repeated soon, having leaked now that the company could already be working on a new generation of Smart TV. So at least the well-known Indian leaker Mukul Sharma has shared it, who assures that OnePlus will launch two new models of 32 and 43 inches during the first quarter of 2022.

[Exclusive] OnePlus will soon launch new smart TVs in India. As per the intel that I’ve received, we can expect (at least) a 32-inch and a 43-inch variant. #OnePlus

As Sharma has expanded, these next smart TVs will be based on the latest Google TV OS operating system, and will come at an affordable price, which could mean that they are presented under the series Y ; or even within the U series, more geared towards the mid-range.

Unfortunately, at the moment no information has been shared about the official name or the details and specifications of these new televisions, so beyond their sizes, the rest still remains unknown. Thus, we have no choice but to wait for its first launch in India, and hope that the company will expand its availability to other markets later.

On the other hand, remember that OnePlus is also preparing for the launch of the OnePlus 10 Pro in China, recently dated for January 4.

Share
Facebook
Twitter
Pinterest
WhatsApp
Previous articleNetflix won’t play at 4K: how to fix it
Next articleIntel Arc Alchemist graphics to be released in March 2022 and would compete with the RTX 3070 and RTX 3060
RELATED ARTICLES
News