What is pareidolia? When objects have faces 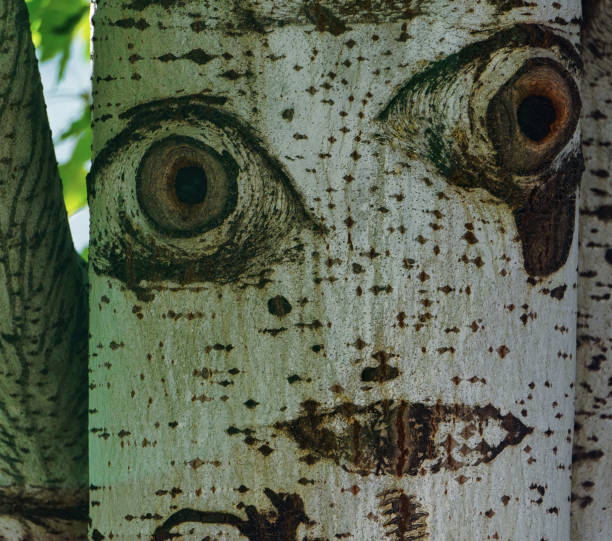 Does the bathroom faucet look like a face to you? And that the bag smiles at you when you open the zipper? Don’t worry, it happens to all of us. Perceiving faces in inanimate objects is called pareidolia, a psychological phenomenon that characterizes the human brain, an evolutionary advantage that facilitates social interaction and helps us to decipher our environment almost instantaneously … even if we sometimes make mistakes.

Pareidolia: Elvis and the Fried Potato

The word pareidolia, which derives from the Greek eidolon (image, figure, appearance) and the prefix para (similar to, next to), is a psychological phenomenon that consists of recognizing significant patterns – such as faces or bodies – in vague and random stimuli . As the computer engineer and neuroscience expert Jeff Hawkins explains, the brain is a kind of prediction machine in such a way that, when faced with diffuse information, the brain specifies it by associating it with similar known patterns.

A study published in 2011 by several members of the Beckman Institute for Advanced Science and Technology at the University of Illinois eloquently titled “The French Fries Really Looks Like Elvis” conducts in-depth research on the phenomenon of pareidolia and its neural implications.

One of his conclusions focuses on the fusiform area of ​​the faces , the main sector of the human visual system specialized in facial recognition and which is found in the inferior temporal cerebral cortex , an area that would be activated before certain objects as it does with the faces as demonstrated by an analysis carried out with magnetoencephalography.

Thus, the study suggests that finding meaning in ambiguous stimuli appears to depend on conceptual evaluation and cortical processing events similar to those seen in familiar objects: “For the brain, the vaguely Elvis-like potato chip can provide a substitute for the King of Rock ”.

This process that explains pareidolia is defined as a fusiform turn by the area of ​​the brain with which it is associated in shape when we see a face in an object, it is difficult for us to stop seeing it : we only see Elvis, we have to make a great effort, no longer instant, to see the potato chip again.

What is pareidolia for?

Aperson is resting in his cave when he makes out a threatening shadow on the wall, he instantly goes on guard, ready to defend himself, but the shadow passes, it was just a cloud. But if it had been a predator, as his brain first suspected, this early warning would have saved his life .

For our ancestors, pareidolia, the diffuse concretion in recognizable patterns, could mean the difference between life and death. In this sense, it is believed that this unconscious information processing was essential to speed up judgment and make decisions when a rapid reaction was required to a threat or opportunity, a power that would also be used when hunting.

And the origin of art? The Chilean researcher and archaeoastronomy expert Patricio Bustamante Díaz carried out an interesting investigation about the relationship between pareidolia and the origin of art, as well as animism or astrology. In the case of art, Bustamante points out several examples in which the first cave painting artists took advantage of stone pareidolias to recreate animals, only improving the resemblance with a few details.

More recently, pareidolia has been consciously used to generate ambiguity and distraction in artists such as the popular Arcimboldo or in currents such as surrealism.

In another sense, Bustamante also points out how the origin of the worship of certain geographical features such as mountains would be closely involved with the phenomenon of pareidolia, something that would also happen at the origin of astrology when it began to name constellations due to their resemblance to objects, animals or people: the zodiac itself is a paradigmatic example .

Thousands of years later we are no longer surrounded by potential predators, but pareidolia continues to offer humans an appreciable set of skills, such as social interaction. Because pareidolia is not only about instantly recognizing faces, but about reading information about those faces . This is how we see that the bag smiles at us or the trash can make fun of us.

By mistaking the object for a face, the brain considers that it also has a mind capable of showing emotions, something essential for social interaction. This is how we are able to read how a person feels just by looking at their face , because, we already know, the face is the mirror of the soul, although that face, in reality, is formed by the water vapor of a cloud.

Ultimately, pareidolia is also playing an appreciable role in the study of certain neurodegenerative diseases such as Parkinson’s. Some studies indicate that these patients tend to experience more pareidolias than usual. It should not be forgotten, in this sense, that the phenomenon of pareidolia is also used in the popular Rorschach test for psychological evaluation.

Do you remember these famous pareidolias?

Throughout history, various pareidolias have been distinguished that have become part of popular culture . And it is that when someone sees a face or a body in an object and transmits their perception, the rest recognize it immediately.