Possible design of the iPhone SE 2022: This could be the next affordable Apple iPhone

The iPhone SE 2022 will become one of the most important smartphones of this year, and that is, as we have anticipated in the title, it will be the new “cheap” iPhone from the company of the Apple. Its launch date has not yet been confirmed, but from what I have been able to see in recent weeks, almost all sources agree that its presentation will take place this spring .

I know that talking about a “cheap” iPhone is still shocking, but the truth is that Apple perfectly fulfilled that premise with the first-generation iPhone SE, and did the same with the iPhone SE 2020, so we can expect that the situation is repeated with the iPhone SE 2022. However, I have doubts about the possible price of said terminal, especially for a very important reason, and that is that everything seems to indicate that it will adopt an all-screen front and the Face ID recognition system 3D facial, two keys that could end up implying an increase in production costs, and therefore the sale price of this new terminal.

In the attached images we can see what the supposed final design of the iPhone SE 2022 would look like. We have, in general, a design almost identical to that of the iPhone Xr , although with minor changes, such as the position of the rear LED flash, which is no longer vertical, but in horizontal. This design fits perfectly with the predictions of several analysts, including the well-known Ming-Chi Kuo, and the truth is that I find it very believable.

As far as build quality is concerned, I am convinced that the iPhone SE 2022 will combine an aluminum chassis and a glass layer on the back, which will result in a “premium” finish ». However, I want to emphasize that according to a source this design will not be adopted in the iPhone SE 2022, and that it will be reserved for the 2024 model. It seems unbelievable to me, especially considering that said source assures that Apple will maintain the design of the iPhone SE 2020, a design that, for many, is obsolete. 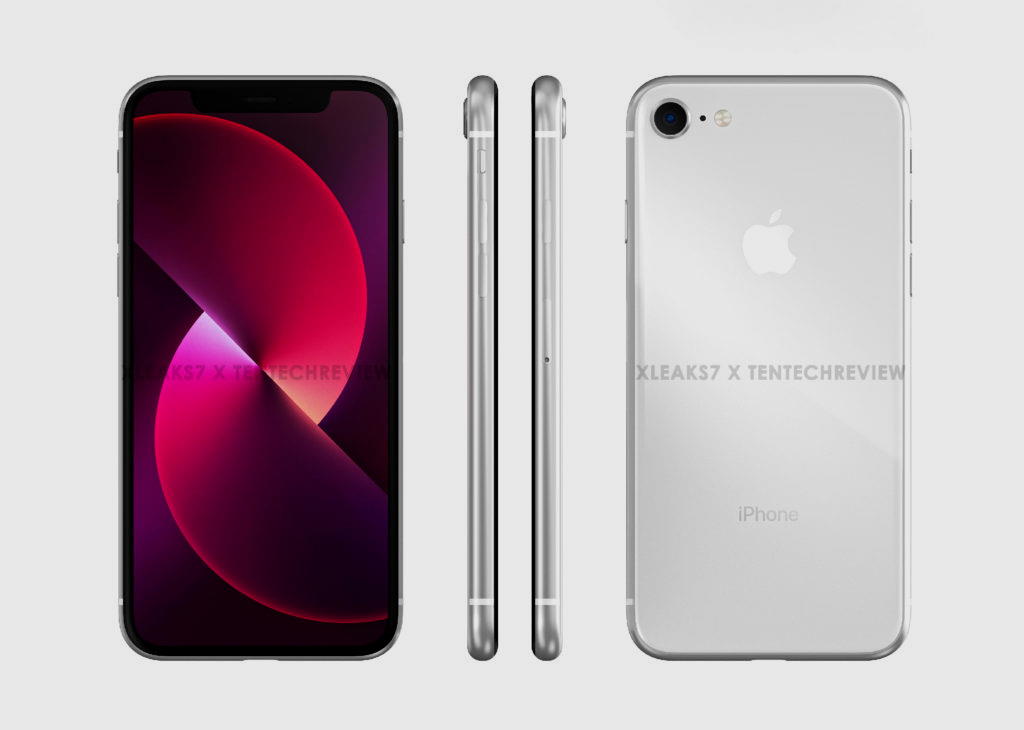 Possible specifications of the iPhone SE 2022

Leaving aside the controversy generated by this contradictory information, what we can take for sure is that the iPhone SE 2022 will maintain, in terms of hardware, the same strategy that we have seen in previous models. This means that, despite being a “cheap” iPhone, it will be very powerful and offer a good level of performance.

Its screen should be around between 5.7 and 6.1 inches , it will almost certainly use an IPS panel and will have a resolution similar to that of the iPhone Xr. The SoC will be a generation behind the most powerful of the moment, which would take us to Apple A14, the same chip that the iPhone 12 mounts. Said SoC is manufactured in a 5nm process, mounts a powerful Six-core CPU and has a quad-core Apple GPU.

The configuration of RAM and storage gives me doubts, but I think it will most likely come with 4 GB of RAM and 64 GB of storage capacity, although I dare not rule it out the jump to a minimum configuration of 128 GB. The camera configuration should not be very different from what we saw in the iPhone SE 2020, that is, we can only expect minor improvements in this regard.

Regarding the integration, or not, of Face ID, some sources continue to say that, even if Apple uses this all-screen design in the iPhone SE 2022, this is not, by itself, a guarantee that said terminal will have Apple’s signature 3D facial recognition system, and that it could maintain Touch ID. Personally, I think this rumor makes no sense, and I see it as highly unlikely. New information will appear in the coming weeks, so we will be attentive. I remind you that the iPhone SE 2020 hit the market with a price of 489 euros, so the iPhone SE 2022 could be around that range.