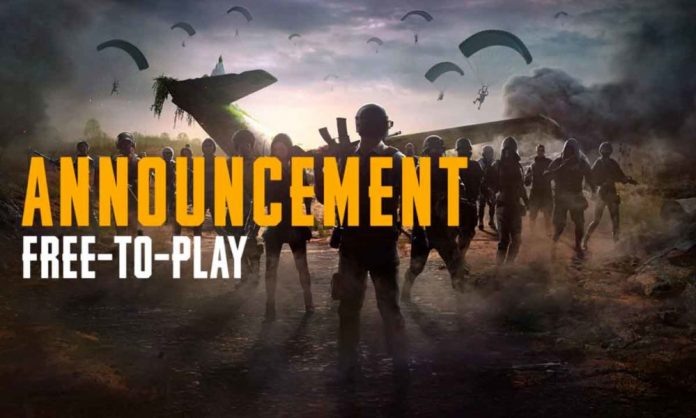 The wait is over and, a month after the announcement of this long-awaited change, PUBG Battlegrounds is now a game free to play and, of course, Therefore, it can now be downloaded for free for all platforms on which the game is available, PC (in Steam ), PS5, PS4, Xbox Series S | X, Xbox One and Google Stadia. Let’s remember that, until yesterday, the price of PUBG Battlegrounds for PC, on Steam, was 29.99 euros, so the savings from today are more than considerable.

The announcement of his move to the free to play model came a few months after Tencent changed the name of the game last summer, previously called PlayerUnknown’s Battlegrounds (hence its name, the acronym PUBG), in what we already understood at the time as the first sign that major changes were coming , something that has now been confirmed with the move to free to play , but that will certainly not be the only novelty that we are going to see around the title.

As we saw in summer 2020, when Rocket League took this same step , users who have purchased the game, as compensation, will receive a set of assets , part of which will be exclusive to these players, while others will be available to any PUBG Battlegrounds player. And, of course, the fact that the game itself becomes free does not mean, much less, that the payments in it disappear.

In fact, even though PUBG Battegrounds is now free to play, the ranked mode, as well as some additional features, will only be accessible with the Battlegrounds Plus bundle, an additional pack priced at 12, 99 euros . An important detail, yes, is that this Plus mode is a one-time purchase, not a subscription. Thus, if you want to participate in the ranked and did not pay for the game, the cost of doing so will be lower than what the players had to face until yesterday.

Personally, I find a very smart move by Tencent . PUBG Battlegrounds has been out for a long time now, so it’s understandable that the vast majority of people who were willing to pay for the game have already done so. With this change, the door is opened to more casual players who, in the first instance, will serve to substantially increase their user base, something that in itself is positive.

But it is also quite likely that many of these casual players, over time, will “specialize” a little more and, over time, decide to purchase the Plus package or, at least, for make any other in-app purchase . Thus, it is not that the company is going to stop receiving money for each copy of PUBG Battlegrounds, because in reality these would not be real sales. Instead, it opens the platform to everyone, with the possibility that some of those users will spend some kind of money on the game.