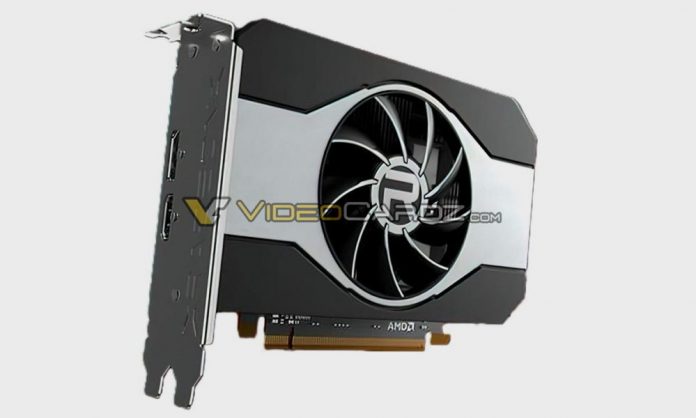 The Radeon RX 6500 XT will be an inexpensive mid-range graphics card that AMD could present tomorrow, taking advantage of this year’s CES framework. We already know some of its most important keys thanks to previous leaks, but the most interesting thing about this model is that is deeply “twinned” with the GPU mounted on Xbox Series S , an inexpensive console that is capable of offering a good performance at 1080p resolutions, and even 1440p (in certain cases).

Although a priori the specifications confirm that the GPUs of both are not identical, the truth is that deep down both are closer than it seems. The Radeon RX 6500 XT will mount a Navi 24 GPU in its full configuration with 16 active compute units, which means that it will have a total of 1,024 shaders. The GPU of Xbox Series S has more shaders, 1,280, but these work at a much lower frequency , which means that, in the end, their raw performance is noticeably lower .

To better understand this idea, it is necessary to see the Radeon RX 6500 XT and Xbox Series S GPU specs head-to-head, and we also need their raw performance data , as They will serve as a starting point to be more clear about what we can expect from this new graphics solution from AMD. The numbers don’t lie. The Xbox Series S GPU has a core with more active compute units, but its GPU runs at a much lower clock rate, and that huge difference would allow the Radeon RX 6500 XT to dominate in terms of performance. In gross power (FP32) the difference would be noticeable, but in games this could end up being much smaller.

If we take as a starting point the performance offered by the Xbox Series S GPU and extrapolate it to the Radeon RX 6500 XT, the conclusion we can draw is that said graphics card will be capable of moving current games in 1080p no problem , although not always in maximum settings. It goes without saying that, as with Xbox Series S, ray tracing will be too big for you.

Launch and possible price of the Radeon RX 6500 XT

This should contribute to its reasonable price, but we must not forget that in the end it could be affected by inflation and speculation, and that if that happens its price would end up being quite high. That said, and focusing on its possible recommended sale price, I think should be between 199 and 229 euros. To complete its range of inexpensive graphics cards, we had seen that AMD could launch a Radeon RX 6400 . This card has been confirmed in new information, but it seems that it will be a model limited to the OEM market, and that therefore we cannot buy it in the general consumer market. Your spec ratio has not changed as you will be using a Navi 24 XL GPU at 6nm and will have: