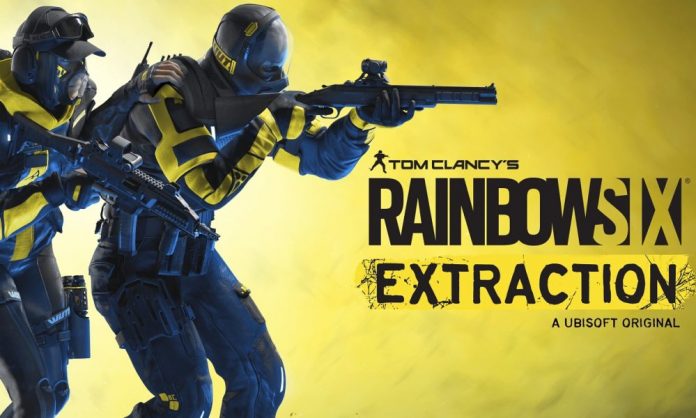 Rainbow Six Extraction is the name given to the next installment of the well-known Ubisoft first-person action franchise, although in this case we find a very peculiar approach and far from the previous games , since it is totally committed to science fiction and takes us to a setting with apocalyptic overtones.

The story of Rainbow Six Extraction begins with the invasion of an alien parasite that could totally end life on Earth . That’s where the Rainbow Six comes into play, as your goal will be to confront that parasite and avoid that terrible fate. Interesting, but this is not the only difference it presents compared to previous installments. This title also supposes a bet for the PvE (player against environment) mode, and for the cooperative multiplayer.

In Rainbow Six Extraction, we will be able to deal with the parasite with the help of our friends, and regardless of the platform they play on, as it will be fully compatible with the cross game mode . A very successful approach by Ubisoft, although it is clear that the most interesting version of this title will be the PC version, because it will support NVIDIA DLSS and Reflex technologies.

With this configuration we could play with low quality in 1080p, maintaining a good level of fluency. I remind you that the GTX 960 is much more powerful than the 4 GB RX 560, and that the correct equivalent would be a GTX 950. 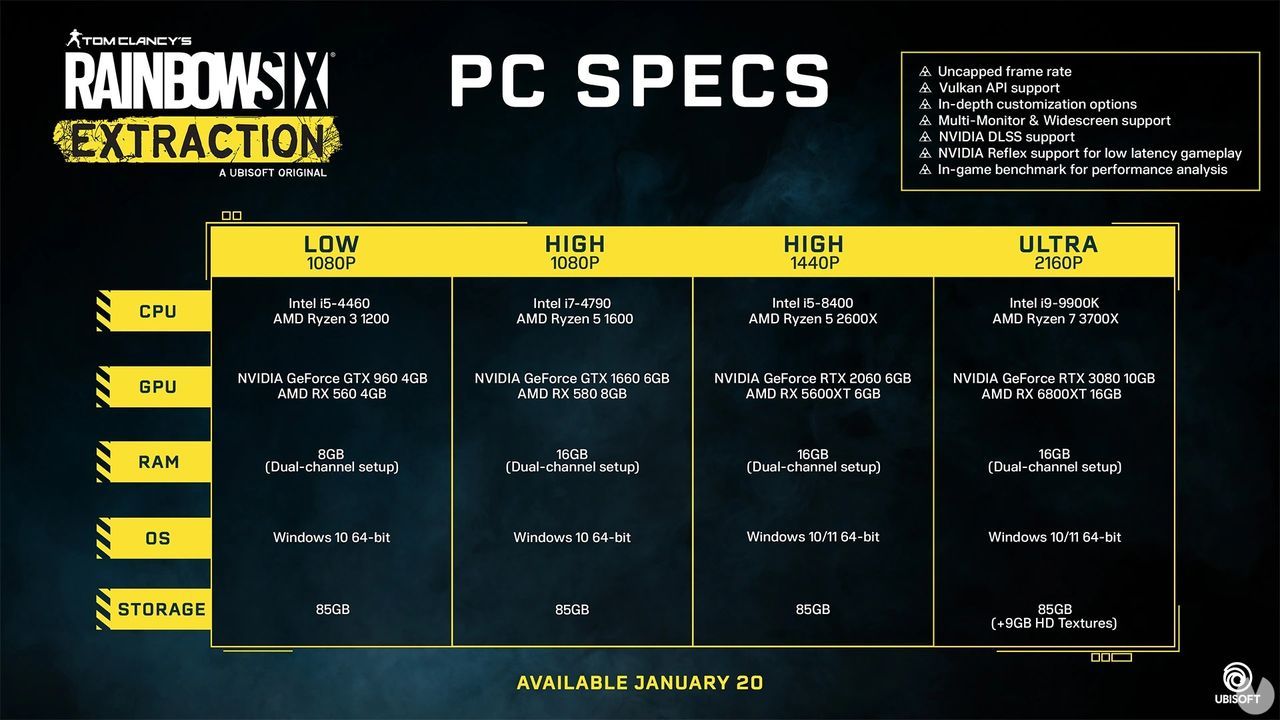 If our equipment meets these requirements, we can move it in 1080p and high quality. Again we have an error in the graphical equivalences , since the closest thing to the 8GB RX 580 would be a 6GB GTX 1060.

This configuration will allow us to play in 1440p and high quality . There is no major mistake in the equivalences, although if we get fussy, the RTX 2060 is slightly more powerful than the Radeon RX 5600 XT, and the Ryzen 5 2600X has twice the threads of the Core i5-8400.

With this hardware we can move it in 4K and maximum quality. It is important to bear in mind that does not make sense to increase the requirements at the CPU level , since in 4K this component has a secondary role, and it is the GPU that acquires greater prominence. There are no major errors in the equivalences.