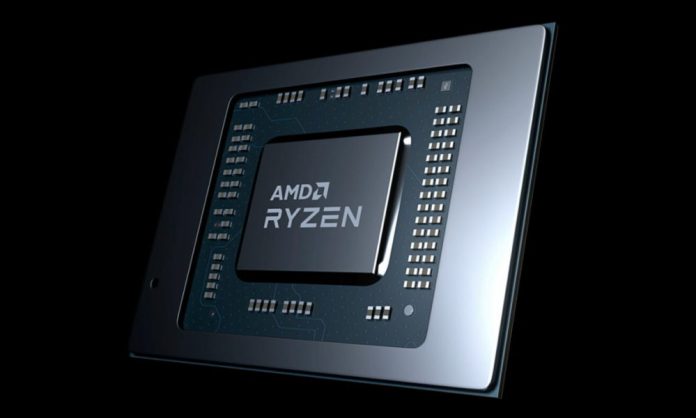 Ryzen 9 6980HX will be the flagship of the next generation of ‘accelerated processing units’ (APUs) that AMD will introduce at CES alongside new dedicated graphics such as the Radeon RX 6850M XT.

Ryzen 9 6980HX is part of the new 6000 series (codename ‘Rembrandt’) that AMD has produced in transition mode, as its future in microprocessors goes through ZEN 4 and the premiere of a completely new architecture. These will be marketed as Ryzen 7000 and will provide solutions for all computing segments.

Before its arrival in 2022, AMD will strengthen its position with solutions for the large group of laptops with models like the one in question, an APU that adds CPU, GPU, memory controller and other chipset components in the same package to gain integration, lower consumption and reduce costs. They have been manufactured in a novel technological process of 6 nm and use an improved revision of the architecture ZEN 3+ , which will allow you, for example, to offer support for new technologies such as memories DDR5.

From the leaked images reaching us, the 6000 series will use an FP7 package with dimensions of 25x35mm and an APU matrix size of 208mm2. 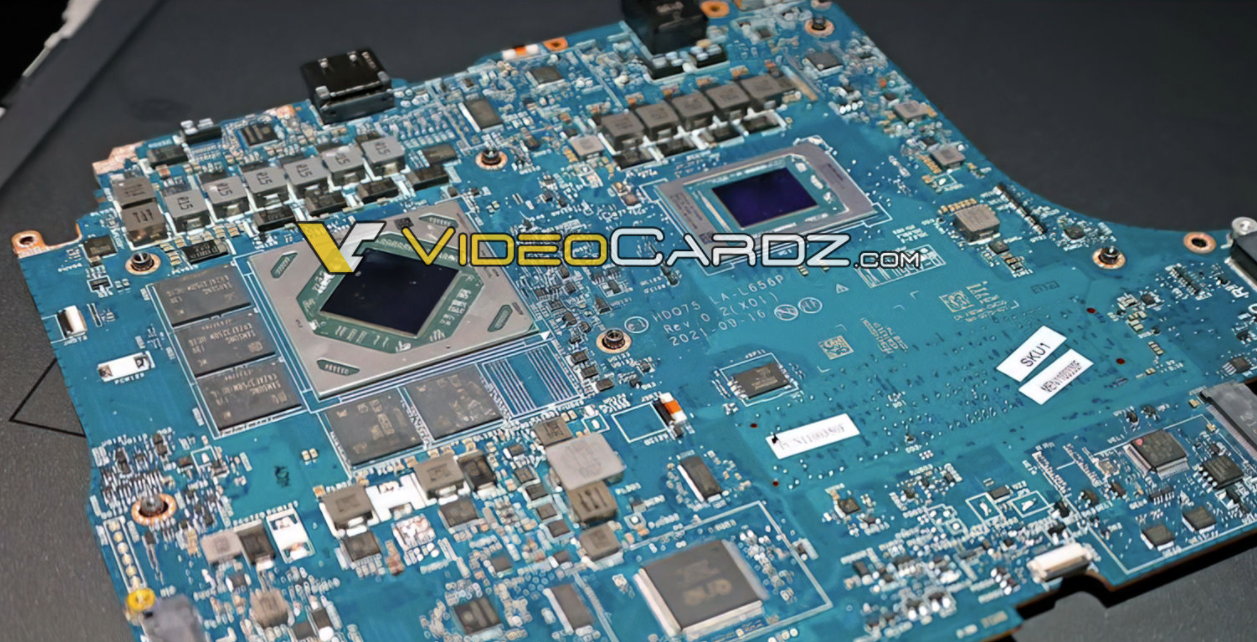 The block diagram confirms that this Ryzen 9 6980HX has 8 physical cores and 16 native processing threads , with working frequencies that will reach 5 GHz, 16 MB of L3 cache and 4 MB of L2 cache. It supports DDR5 memory and the PCIe Gen4 interface, while its estimated TDP will be above 45 watts. 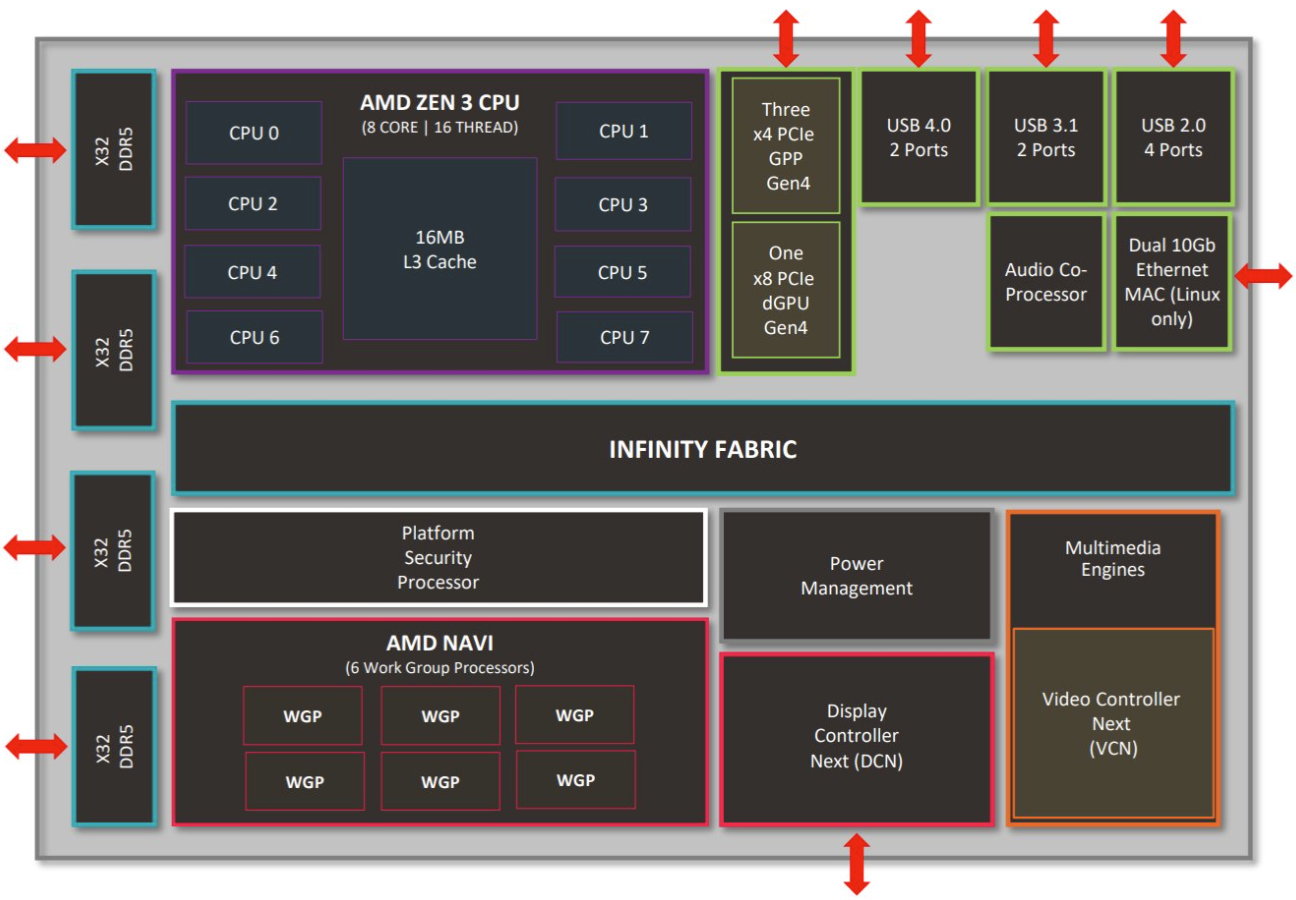 In terms of integrated GPU, a 680M with 6 chipgroups and 12 execution units is expected, based on the ‘Navi’ (RDNA2) architecture. In any case, high-end laptops that use this APU (ASUS or Alienware models have been located) will use dedicated graphics such as the Radeon RX 6850M XT with 12 Gbytes of dedicated GDDR6 memory that will also be presented at CES.

In addition to Ryzen 9 6980HX, AMD will introduce at least two other ‘Rembrandt’ series APUs , Ryzen 9 6900HX and Ryzen 7 6800H . We will tell you about it in the follow-up to the Las Vegas fair, more virtual than expected, but just as interesting.