Sony updates its entire range of televisions at CES 2022 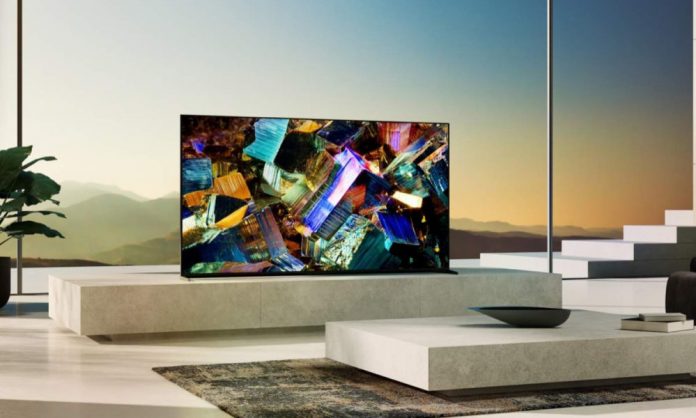 Following the trend of previous years, without a doubt one of the main fields of this CES 2022 are being televisions , with a complete update of various brands such as Samsung , LG , and now Sony , which has presented us with all the new models that we can find this year, with models that will go from the affordable to the unimaginable, going through panels QD-OLED up to 8K.

And it is that the new line of televisions of the company leans towards the high range , as it has done in the past, but it covers more variety than ever. Sony will introduce its first mini-LED models, including a version with 8K resolution, will reinforce its gaming skills with the PlayStation 5 and even launch a remote finder. And for the first time for any TV manufacturer, Sony will sell two types of OLED TVs.

Although one of the great novelties is the widespread presence of the Bravia XR cognitive processor , the dedicated chipset that Sony announced last year, and that will power all these new generations of televisions together with new software, focusing changes on improvements to image quality and viewing experience.

Starting with QD-OLED televisions, we find panels up to 200% brighter than conventional televisions , which, as Sony assures, also avoid the use of a dedicated white pixel. That means that the color volume is not reduced as the brightness increases, unlike traditional panels where a brighter white pixel is used to enhance the overall brightness of the screen. As a result, there is no significant change in peak brightness, Sony claims, but a noticeable improvement in color saturation at that peak brightness. The off-angle display is also improved, even compared to traditional OLED, thanks to the fact that you no longer need a color filter.

Another novelty in this family of Sony monitors comes with the inclusion of the Bravia Cam , included with the two most expensive models and optional in the others. In addition to its use for video chat applications, this camera has an added utility to help adjust the picture and sound according to room conditions and seat distance, as well as detect users in front of the TV. to block certain content not suitable for children or activate the sleep mode when there is no swimming in front of the TV.

That said, given the great concerns about privacy, this camera has an option to activate the integrated privacy shutter, and even access to the controls of the same to deactivate it completely.

On the other hand, Sony has also used the occasion to present other televisions outside of this OLED line, with the new X95K with 4K resolution and Z9K with 8K resolution, both equipped with a mini-LED panel technology, Sony’s “master backlight unit” for precise control of full-array local dimming backlighting, and the latest version of its cognitive processor introduced last year, promising results with improved color and depth mapping. .

Thus, all Sony televisions for 2022 continue to run the Google TV operating system, including voice commands and support for the company’s assistant. New for 2022, Sony’s Netflix Calibrated Picture Mode will have the ability to adapt to different viewing environments automatically.

Additionally, televisions will have a variable refresh rate enabled , rather than relying on software updates to add the feature later. A new extra called Auto HDR Tone Mapping allows a PS5 console to automatically detect the Sony TV model it is connected to and select the best HDR settings. Finally, taking further advantage of this compatibility with your console, the televisions will have the so-called automatic genre picture mode, with which the PS5 itself will be able to display information about whether we are playing a game or playing other content such as a television program or a movie, turning the TV’s game mode on and off automatically.

Reviewing the details advanced by Sony, at the moment the company has only confirmed the different sizes of the televisions , delaying the publication of prices to a date closer to the launch and availability of the same, as of spring 2022.