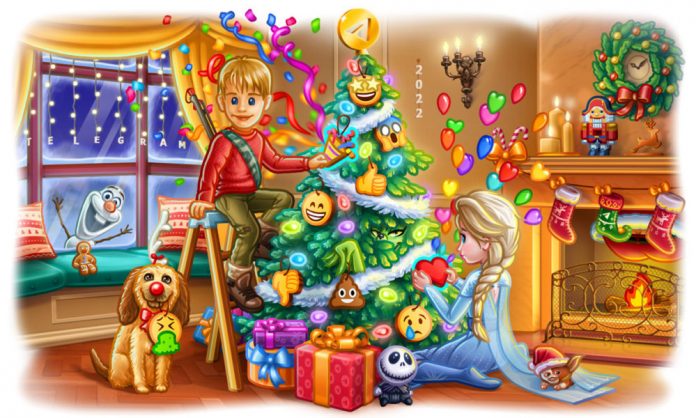 Presented just in time to dismiss 2021 , Telegram has just updated its application for the twelfth time this year, this time adding some additional functions with which users will be able to “personalize and enhance” their conversations with direct feedback on messages, automatic translation of texts in other languages, the ability to hide texts as spoilers, new thematic QR codes, and more.

Telegram was the first messaging app to add animated and interactive emojis, giving users incomparable ways to express themselves in chats, but from today, some of these emojis will also be available as reactions to be able to share and feelings directly about the messages of others, without having to fill the chat with multiple responses that, on many occasions, end up overfilling the chats.

In addition, as we have seen in Discord for some time, this type of reaction allows us to maintain a better flow of conversations by being able to react on the messages at any later time, without the need to resort to the messages with mentions.

Another feature that comes with this update is the so-called hidden text, also known as the spoiler mark . A particularly useful function for group chats in which we talk about games, movies, series or any other sensitive spoil content, with which we can blur and hide part of our texts, being able to make them visible just by touching them. However, it highlights the fact that at the moment this spoiler format has only been applied to texts, and not also to images.

But that’s not all. The last big addition has been thematic QR codes . QR codes have become increasingly popular in applications as a way to more easily log in or share user details. Snapchat is particularly known for its QR code-like system, and it appears that the Telegram feature will work in a similar way. Users can generate a thematic QR code from their profile, as well as QR codes for different groups, bots, or channels. This should make it easier for users to share their usernames, group chats, and other channels in the future.

On the other hand, this update also brings with it the update of the contextual menu for the macOS version of Telegram. This new menu includes more options, some suggestions for additional shortcuts, as well as some new animated icons to use in your conversations. Additionally, this latest update also adds more interactive emoji with sob, cry and fire emotes.