Tesla opens its most controversial store in China 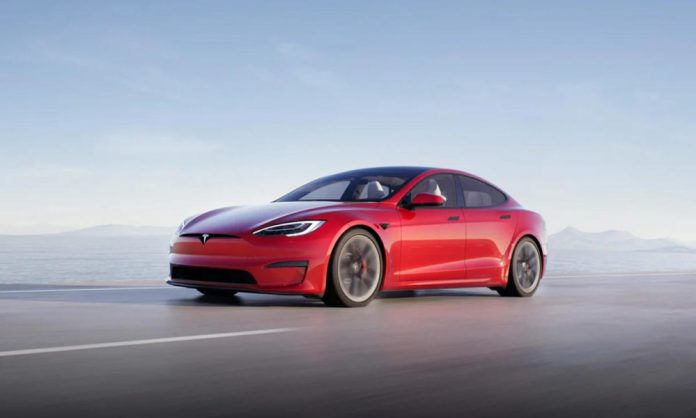 That over the years Tesla has accumulated enormous prestige is undeniable, but it is also indisputable that in recent times has been making multiple withdrawals from that account . In this way, although their cars continue to arouse a lot of interest in many drivers, the company’s brand image is gradually moving away from its best times. I don’t want to say, mind you, that your image is bad in general, but it is becoming easier to find people for whom Tesla’s image is fair or even negative.

The most recent example of this we saw with the user of a Tesla Model S who, after being informed that the change of the batteries in his car had a minimum cost of 20,000 euros, decided not to assume this cost and, in instead, he contacted a YouTube channel specialized in detonating all kinds of objects, to give it an explosive ending . Other problems such as the delivery of incomplete cars or, above all, problems with their driving assistance systems that the company insists on qualifying as automatic pilot, despite not being so , they have been adding to the negative account.

And then there are other decisions, undoubtedly complicated, in which there is no simple answer. Without a doubt, opening a store somewhere in the world where human rights are not respected is an example of this. And, as we can read in Business Insider , Tesla has just opened a store and exhibition in Xinjiang , a region of China in which the single party that governs the country’s destiny leads and in time, according to multiple complainants, carrying out a genocide against the Uighur Muslim minority .

According to said complainants, among whom are people who have managed to flee from it, the Chinese government would maintain internment camps with conversion and sterilization programs , aimed at completely ending this ethnic group. These complaints have led the Biden administration to enact a bill to prevent imports from Xinjiang, where some of the exported products are also suspected of being the result of forced labor.

China is a very important market for Tesla, in fact already has more than 30 stores across the country , as well as a local factory in Shanghai that started production in 2020. Thus, It is clear that the economic performance of this new store can be a significant boost for Tesla accounts. However, this decision will not be particularly well received by the international community, which has already persecuted other companies, including some technology companies, to cut ties with that region.

Share
Facebook
Twitter
Pinterest
WhatsApp
Previous articleRadeon RX 6500 XT, a more powerful GPU than Xbox Series S
Next articleWHAT IF IT WAS POSSIBLE TO TRAVEL TO THE MOON ONCE IN A LIFETIME?
RELATED ARTICLES
News