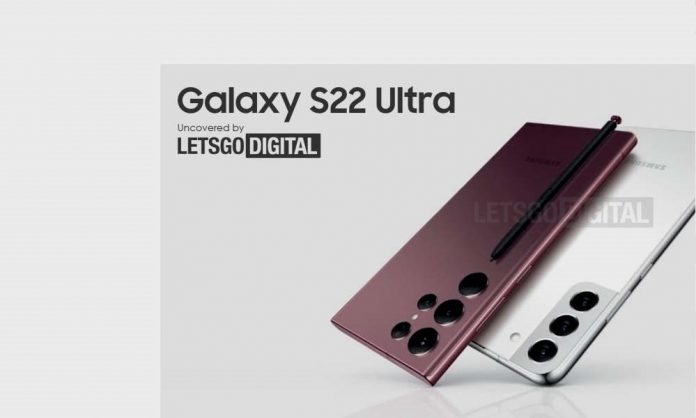 What we see in the cover image is the first press image of the Galaxy S22 Ultra and Galaxy S22 Plus , two terminals with which Samsung will renew its smartphone catalog high-end at the beginning of 2022. As we have already told you on previous occasions, the presentation of both is expected to take place in January 2022 , although their availability would go to February , and will be accompanied by the Galaxy S22, which will be a more “economical” version, in quotes because being a high-end model, this does not mean that it will be economical.

Focusing on the image, we see that practically everything that we had told you previously is confirmed. The Galaxy S22 Ultra has a design that is clearly inspired by the Galaxy Note series, with angular lines and a fairly flat rear, without a dedicated camera island, which are integrated directly into the chassis and protrude slightly of this. How could it be otherwise, the S-Pen will be your inseparable “companion”.

In contrast, the Galaxy S22 Plus has a design very similar to the Galaxy S21 Plus. We see the same slightly rounded shapes, and the same focus at the rear , with an island finished in a different color from the rest of the chassis, which shelters its three cameras. There is no major change, at least with the naked eye.

And they are obvious. In terms of design, both terminals look very different . The Galaxy S22 Ultra is, in essence, a Galaxy Note disguised as the Galaxy S, with angular lines, a flatter finish and a fairly marked minimalist touch. The Galaxy S22 Plus is, on the other hand, almost identical to the Galaxy S21 Plus.

But the differences are not limited to the exterior. The Galaxy S22 Ultra will have a larger screen and with a higher resolution than the Galaxy S22 Plus, it will be able to mount a greater amount of RAM memory and storage capacity, and its photographic section will be well above that of said model. We must also remember that the Galaxy S22 Ultra will be compatible with the S-Pen, and that it will probably have a full integration of said accessory.

To all of the above we must also add the possibility that the Galaxy S22 Ultra is the only one available with an Exynos 2200 SoC . This is not officially confirmed, but it is a rumor that has been sounding quite strongly in recent weeks, and considering the shortage of semiconductors that affects the technology sector, the truth is that it makes a lot of sense. If it is fulfilled, the Galaxy S22 Plus will mount a Snapdragon 8 Gen 1.

The Exynos 2200 SoC has generated a lot of interest because, as our regular readers will recall, it will be the first chip for smartphones to use an AMD Radeon GPU based on the RDNA 2 architecture. This GPU would be configured with a total of 6 computation units, which would leave us 384 shaders, 24 texturing units, 8 raster units and 6 units to speed up ray tracing. The first performance tests we’ve seen suggest that that GPU could become the most powerful in its class, provided operating temperatures are obviously not an issue.