The Galaxy S22 will have a premium finish, without exception 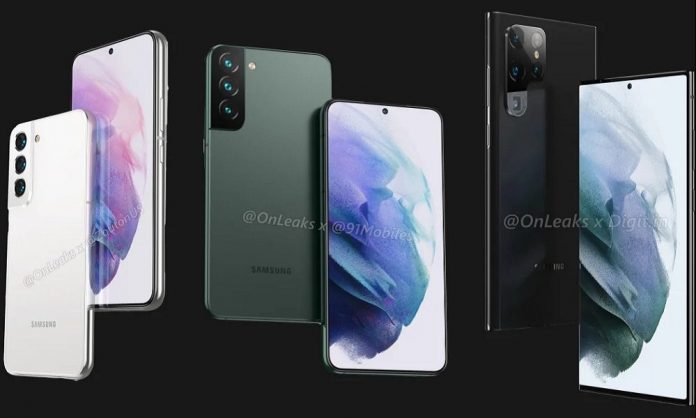 The launch of the Galaxy S22 is getting closer and closer. If all goes according to plan, your presentation will take place sometime in the month of January next year , and your availability should be actual shortly thereafter. Thanks to the leaks that have taken place in recent months, we already have a fairly clear idea of ​​what we can expect from Samsung, but we still have some important doubts that, little by little, are beginning to be resolved.

In that sense, one of the most important issues that were still unresolved was the finish of the Galaxy S22. I put you in situation, when Samsung launched the Galaxy S21, it chose to use finishes of different qualities for the models that made up that series. Thus, the Galaxy S21 was made of aluminum, but had a plastic layer on the back, while the Galaxy S21 + and Galaxy S21 Ultra were finished in glass.

As we already told you at the time, the use of different materials in a smartphone is an important issue because it not only determines its build quality, and the level at which it fits (basic or premium ), but can also affect the user experience and other relevant aspects, such as cooling or signal intensity. In this case, the combination of metal and plastic was a bit out of place, especially considering that the Galaxy S21 was a high-end model.

The Galaxy S22 will be made of metal and glass

This is stated by Ice Universe, one of the best known and most reliable sources in the Samsung universe, which has commented that all models of the Galaxy S22 series will use a metal chassis, and will have a glass finish. Goodbye to plastic , and this is positive, not only because the glass transmits more pleasant sensations to the touch, but also because it has a high resistance to scratches and heat.

It remains to be seen, yes, what impact this ends up having on the price of the Galaxy S22 . There is still nothing definitive, but all the information that I have been seeing until now agrees that this new generation of smartphones could end up being more expensive than the previous generation . Seeing the current situation in the technology market, especially with regard to the increase in the cost of many materials and the shortage of chips, the truth is that it makes sense, but as it is not officially confirmed we cannot give it a definitive validity.

Regarding the specifications of the Galaxy S22, one of the most important changes that has been rumored for months is the possible introduction of the first AMD Radeon GPU for mobile devices, based on the RDNA 2 architecture . This GPU would be integrated into Samsung’s Exyos 2200 SoC, a chip that the South Korean company would use for the versions of the Galaxy S22 distributed internationally. In the versions for certain countries, the Snapdragon 8 Gen 1 will be mounted.

There is a definite answer about the rear cover material of Galaxy S22 series:
S22, S22 +, S22 ultra are all made of glass!