The GeForce RTX 3090 Ti will arrive on January 27: It will be the most powerful graphics on the market 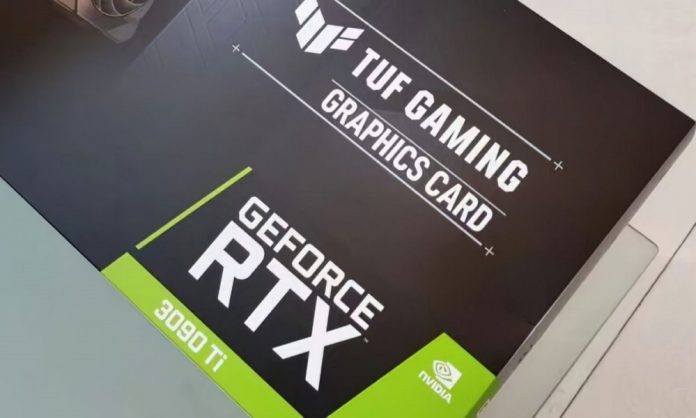 It is not the first time that we talk about the GeForce RTX 3090 Ti, a graphics card that is set to become the next NVIDIA flagship, and also the most powerful in the general consumer market. We had also previously known it as GeForce RTX 3090 Super , but in the end, after several leaks, we can almost take for granted that it will be called GeForce RTX 3090 Ti.

Thanks to another leak we have been able to see that the launch of the GeForce RTX 3090 Ti will take place on January 27, 2022 , that is, just over a little over a year month. This date also fits with the latest information that we had been seeing, and its validity is beyond doubt, since it comes from an NDA where it is indicated until the expiration time of the embargoes.

At the moment all the forecasts that we have been seeing up to now are maintained, which means that the GeForce RTX 3090 Ti will keep the same graphics core that we saw in the GeForce RTX 3090, the GA102, but with an important difference, and that is that it will come in its full version, that is, without disabled SM units. We can therefore expect a performance improvement that will come both from the higher count of SM units and from a possible increase in working frequencies. 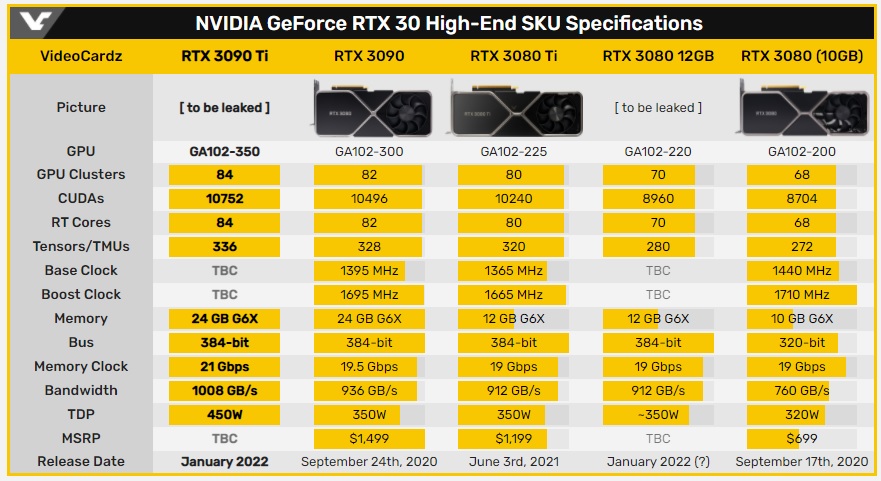 GeForce RTX 3090 Ti: These would be its final specifications

The GeForce RTX 3090 Ti would be able to move games even in 8K resolution , thanks not only to its raw power, but also to its 24 GB of graphics memory and, as no, the support of second-generation DLSS, an intelligent image reconstruction technology that has made going beyond 4K, without sacrificing good fluidity, a reality.

At lower resolutions, the performance improvement would be less because, in the end, the CPU acts as a huge bottleneck in almost all current games . It is not a question of lack of power, it is a problem that is deeply linked to intergenerational developments, which leaves us games that, for the most part, are still not capable of scaling well on processors with more than four cores and eight threads.

However, in the end the important thing is the graphic load, and therefore, if we activate ray tracing in resolutions lower than 4K, we will see that the use of the GPU rises , and the neck bottleneck at CPU level is reduced. This is visible in many titles, it confirms the importance that the arrival of this technology to the PC world has had, in the end.

Going back to the GeForce RTX 3090 Ti, this graphics card should be priced higher than the RTX 3090. We have no official information from NVIDIA, but from what I have been able to see in recent weeks, I think it is quite it will probably end up around 1,999 euros . This price could be affected by inflation, and speculation, which the sector of graphics cards for general consumption has been suffering, so we will have to wait to see at what price we can really buy it.