The Matrix, the Internet, and an outdated distribution model 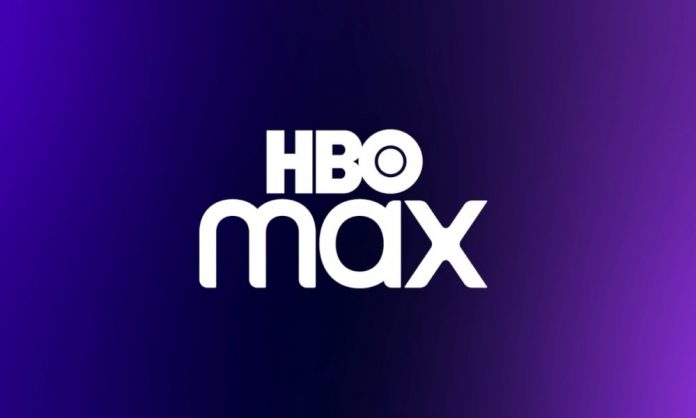 Just a few days ago Matrix Resurrections was released, probably the movie I’ve been looking forward to the most this year. If you want to know what I thought, without spoilers, you can read it here , but if you want the condensed version, I liked it, I had a great time and I’m already looking forward to knowing when the next ones will be released to enjoy the twist that Lana Wachowski has been able to give to the saga that, 22 years ago, started in the company of her sister.

It doesn’t seem like a masterpiece to me, it doesn’t reach the level of the 1999 film, and if you’re looking for that, disappointment is guaranteed. The key is to free your mind (Free your mind, Neo) and go to the movies with the healthy intention of just having fun . Although, of course, despite the fact that the only option to see it all over the world, except in the United States, is to go to the movies, you don’t have to be very clever to imagine that many of the people who have already seen it have turned to other means .

On the same day of the premiere of Matrix Resurrectios it was already possible to find it on all file exchange platforms . And no, I am not talking about one of those screen recordings in which the sound of the film mixes with that of the living room, so that at any given moment you do not know if it is a secondary of the film or one of the spectators who is eating popcorn so crunchy that it makes you doubt the structural integrity of the room where the recording was made.

No, the copies of Matrix Resurrections that can be found on the Internet from the day of its release t have the quality that any movie lover expects to find . Something that, on the other hand, is perfectly understandable given its origin. And no, in case you are wondering, they have not come out of the DVD that the film academy sends to its members for the Oscar vote, and that in an oversight falls into the hands of one of his grandchildren, who runs swiftly to overturn it to your PC to share with the world. No, the origin of these copies is found in HBO Max .

You will remember that I mentioned earlier that cinema is the only option for almost everyone, but there is one exception: the United States. There, and simultaneously with its release in commercial theaters, Matrix Resurrections has also been included in the HBO Max catalog . And no, surely you are thinking about the rental method, as Disney + has done on occasion. No, if you are a user of HBO Max in the United States, you can watch Matrix Resurrections s without having to pay a penny (well, penny, we’re talking about the US) more. 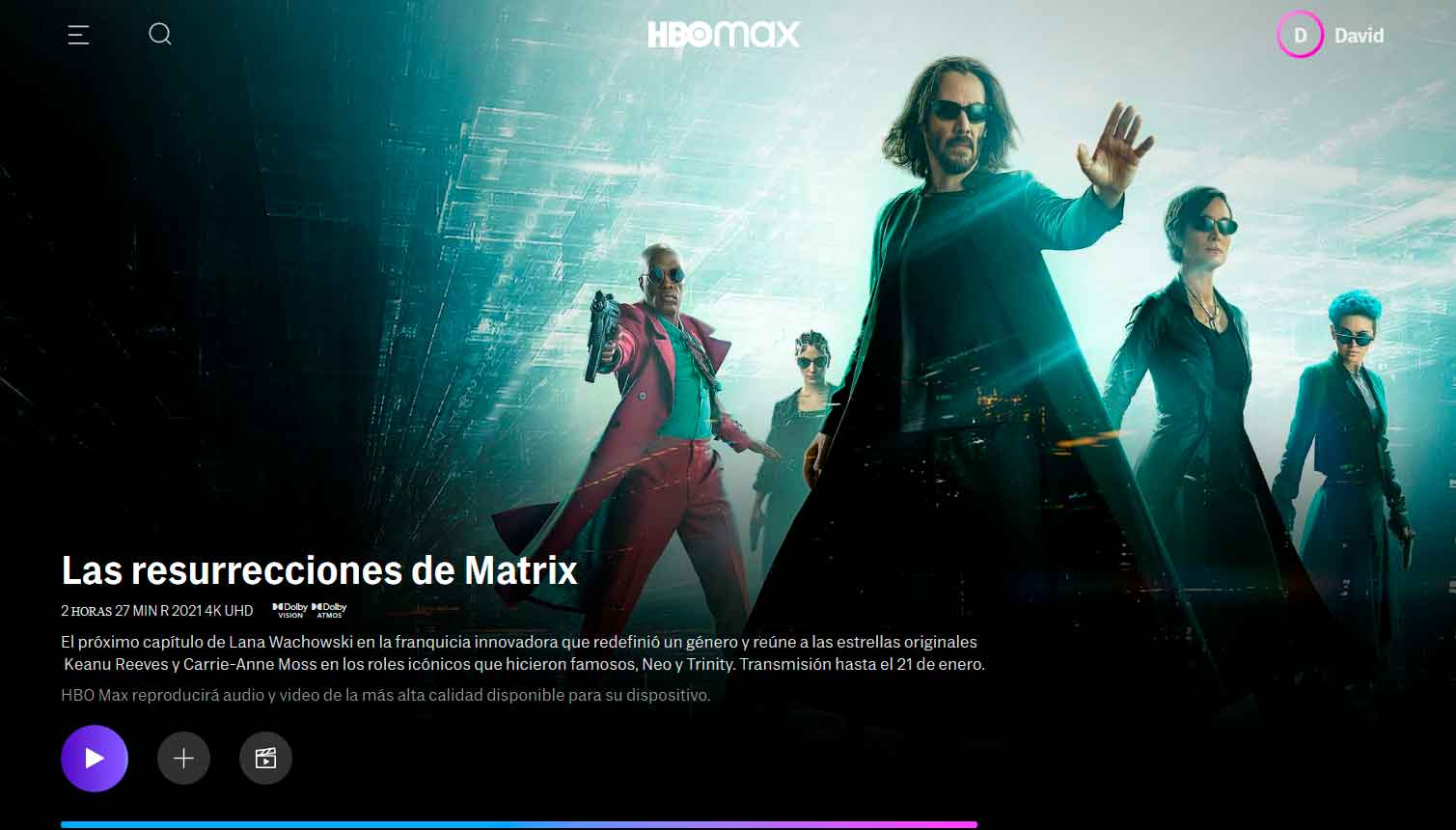 With any quality limitation? No, the version of Matrix Resurrections from HBO Max can arrive, depending on the quality of the connection and the properties of the device used to reproduce it, 4K resolution. Sound? Dolby Atmos . And I repeat, included in the price of the monthly subscription of the service, which has about the cost of a movie ticket to see Matrix Resurections. And it will be available in this way until January 21.

Undoubtedly HBO Max has thrown the house out of the window with Matrix Resurrections , this model does not seem generally reproducible. Now, it has only done so in the United States. Based on what happened with previous films, it is possible that it will arrive in Latin America about a month after the premiere, while in Europe, or at least in Spain, we will have to wait even longer to be able to see Matrix Resurrections on the service without having to pay for your purchase or rental.

And my question is, does this distribution model make sense in Internet times? Personally, I think no, it seems like a drag on times past. That there is a local presence of distributors seems to me the most normal thing in the world, but this multi-speed model, in which technology already offers us more than enough means to blur these borders , suggests that these Companies are not yet aware of the changes that have come from the hand of the Internet… more than two decades ago.

It does not enter my head that the executives responsible for Matrix Resurrections only premieres online on HBO Max United States are not aware that I am in Spain right now, but that with a simple mouse click the IP address through which I go to the Internet is from the United States, Colombia or Japan . With a simple mouse click. And I don’t think I need to be more specific, I bet you know what I’m talking about and, in addition, it has been the topic of conversation on social networks these days.

Surprisingly, many people from all over the world have traveled to the United States for two hours and 27 minutes to watch Matrix Resurrections on HBO Max . And although it has been a journey of thousands of kilometers, they have had breakfast, lunch and dinner at home. The Concorde and other supersonic modes of transportation would pale with envy at such speed.

The film industry should do two things: accept the current reality and be more courageous . You can’t (or at least you shouldn’t) keep models that have aged frankly badly. It should, once and for all, adapt to the “new” (I repeat, more than two decades) game board and consider that this type of staggered online releases only serve to sharpen the ingenuity of users in the best of cases. At worst? So that in less than five minutes they find a download link and can start watching the film, whether they are in Washington, Madrid, Bogotá, Buenos Aires or Tokyo. Everything that is not that, will continue to be trying to put doors to the field.