The sale of computers skyrocketed in 2021, who said that the PC was dead? 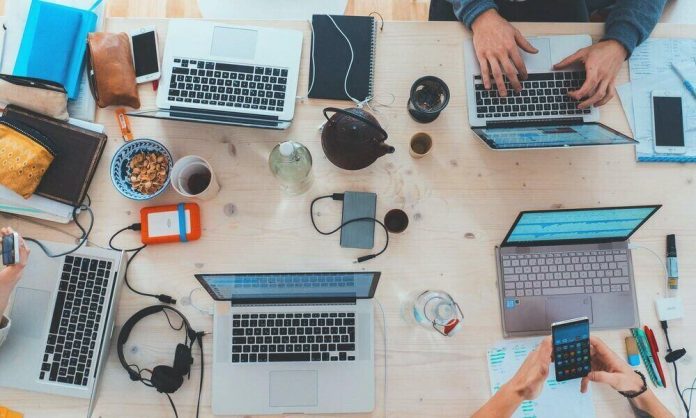 The sale of personal computers grew strongly in 2021. According to preliminary data from IDC , total shipments reached 348 million units, the highest value since 2012 after growing almost 15% year-on-year.

The PC industry managed to maintain in 2021 the growth trend that began when the confinements due to the COVID pandemic required an increase in infrastructure for work at home, online study and home entertainment tasks . It is clear that the PC was not dead and will not die, it is irreplaceable for multiple tasks and cannot be replaced by mobile phones and tablets, as the predictions of some “experts” said.

And that the sale of computers could have been higher if it were not for the shortage of components that has strangled the technology industry. “ A challenging logistics environment, coupled with continued supply-side shortages, meant the PC market could have been even bigger than it was in 2021 ,” they explain from IDC.

«We closed the year with many buyers who were still waiting for their PC orders to be shipped. As we move into the first half of the year, we expect supply to remain restricted, especially with regard to the commercial segment where demand is stronger », they say from the consultancy, pointing out that the positive trend will continue :

Sale of computers by manufacturers

IDC adds desktops, laptops and workstations to this list, but leaves out the ‘2-in-1’ models such as tablets such as Surface Pro, so the sum could be higher. In the totals, the year-on-year growth of 14.8 percent to 348.8 million units stands out, the highest figure in 2012.

All the big manufacturers grew. Lenovo continues to lead, maintaining a market share of 23%, followed closely by HP and somewhat further behind Dell , which completes the podium. 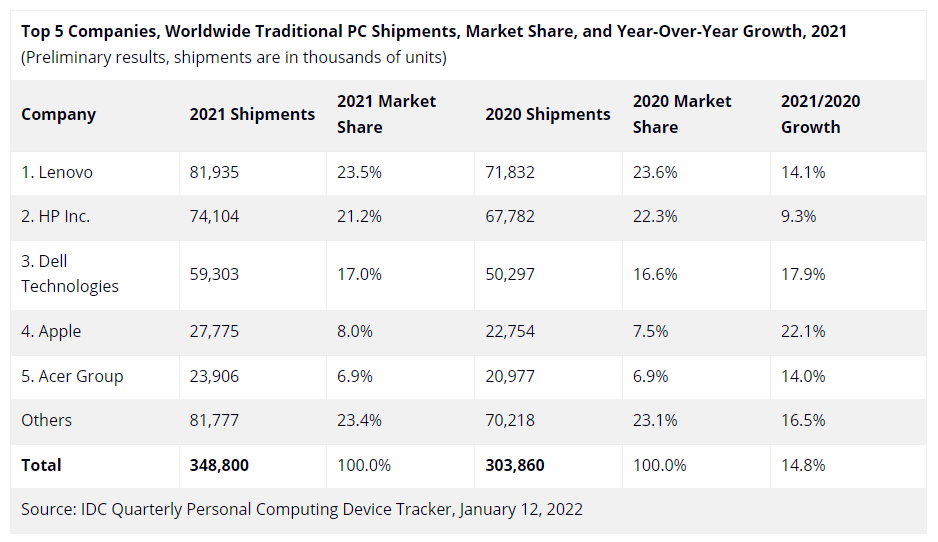 Although far from the top three with a market share of 8%, Apple was the manufacturer that grew the most in 2021 with a year-on-year increase of 22%. It seems that the most profitable technology company on the planet has benefited from the great change in architecture from x86 to ARM’s own chips and continues to be a key supplier. Acer completes the top five chart.

IDC believes that the sale of computers will continue to trend positively in 2022 : although not in all regions. « Consumer need for PCs in emerging markets and global business demand remain strong. A Although demand in consumer and education has slowed in some developed markets, we continue to believe that the overall PC market has recovered to a much higher level than before the pandemic “. However, serious chip manufacturing and supply problems will have to be resolved.