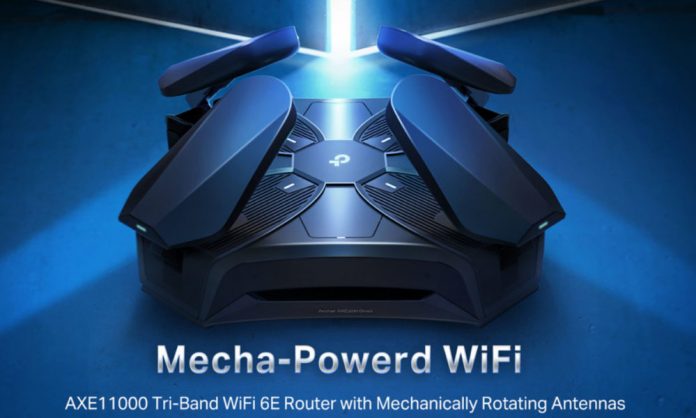 Archer AXE200 Omni is the most spectacular router we have seen so far at the fair in Las Vegas and has been awarded one of the CES awards by a group of experts based on its innovation, engineering, functionality and aesthetics.

What makes it different? The main reason is its group of four rotating antennae that move automatically like the wings of an insect . Generally, the direction of external antennas is manually adjusted by users to optimize wireless signal transmissions depending on their location and needs. In this router, the process will be carried out automatically by the router or the application that controls the antennas, with the aim of “ improving the user experience while redefining the work of network devices ” .

The new TP-Link router is still in the prototype phase so it remains to be seen if it confirms the promised improvements, but there is no doubt that it is an innovation for wireless routers. Of course, in addition to the automatic movement of the antennas, this Archer AXE200 Omni includes the expected features to satisfy the needs in 8K, AR / VR and home NAS configurations.

To do this, it includes WAN / LAN ports, one 10G, one 2.5G and four more Gigabit Ethernet . Unsurprisingly, it supports the latest wireless standard Wi-Fi 6E , which is becoming ubiquitous in networking products and all new up-and-coming mid-range PCs introduced in Las Vegas. 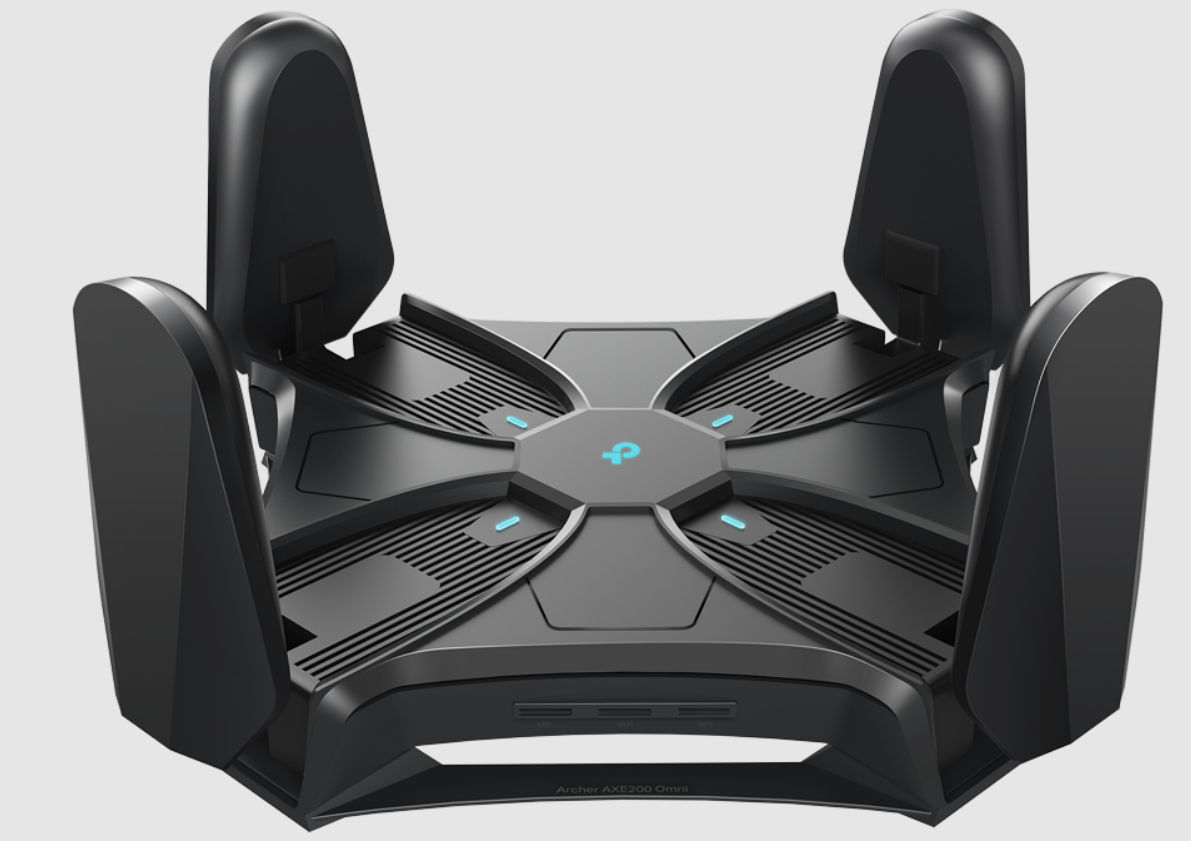 Capable of quad band operation, offers ultra-fast Wi-Fi with width up to 11 Gbps (4804 Mbps (6 GHz) + 4804 Mbps (5 GHz) + 1148 Mbps (2.4 GHz) . It also has functions such as OFDMA to increase the number of connected devices; more versatile parental controls including URL blocking, profile management and others, or EasyMesh technology that works as a WiFi solution for the whole home between several providers, providing integrated, stable and scalable wireless connections that cover all rooms in a home without replacing existing devices.

The manufacturer will offer the TP-Link Tether application to facilitate the configuration of a router that also supports Wi-Fi devices with previous standards. No price or availability has been provided for this ‘arachnid’. Before its arrival, TP-Link will market the Archer AXE300 , with support for Wi-Fi 6E and multi-band with a more conventional fixed antenna design.