New Widgets in Windows 11 will soon be powered by the arrival of third-party elements , according to evidence found by a developer in the Microsoft Store digital store policies.

Microsoft implemented in Windows 11 changes to the interface and visual aspects that differentiate it from Windows 10. Perhaps not as many as for a version change, but there they are. One of the defining features, apart from the new start menu and the default placement of the start bar in the center of the desktop, was the widget section.

Microsoft has already used them in the past. They were called Gadgets and they died along with Windows 7. They now show up in the revamped version of the Information and Interests bar and have their own taskbar button to make them easier to find. By default, it includes widgets for the weather, Outlook calendar, OneDrive photos, a to-do list and some others, in addition to the news section, in a semi-transparent panel. They can be customized a bit, but there are not many options . 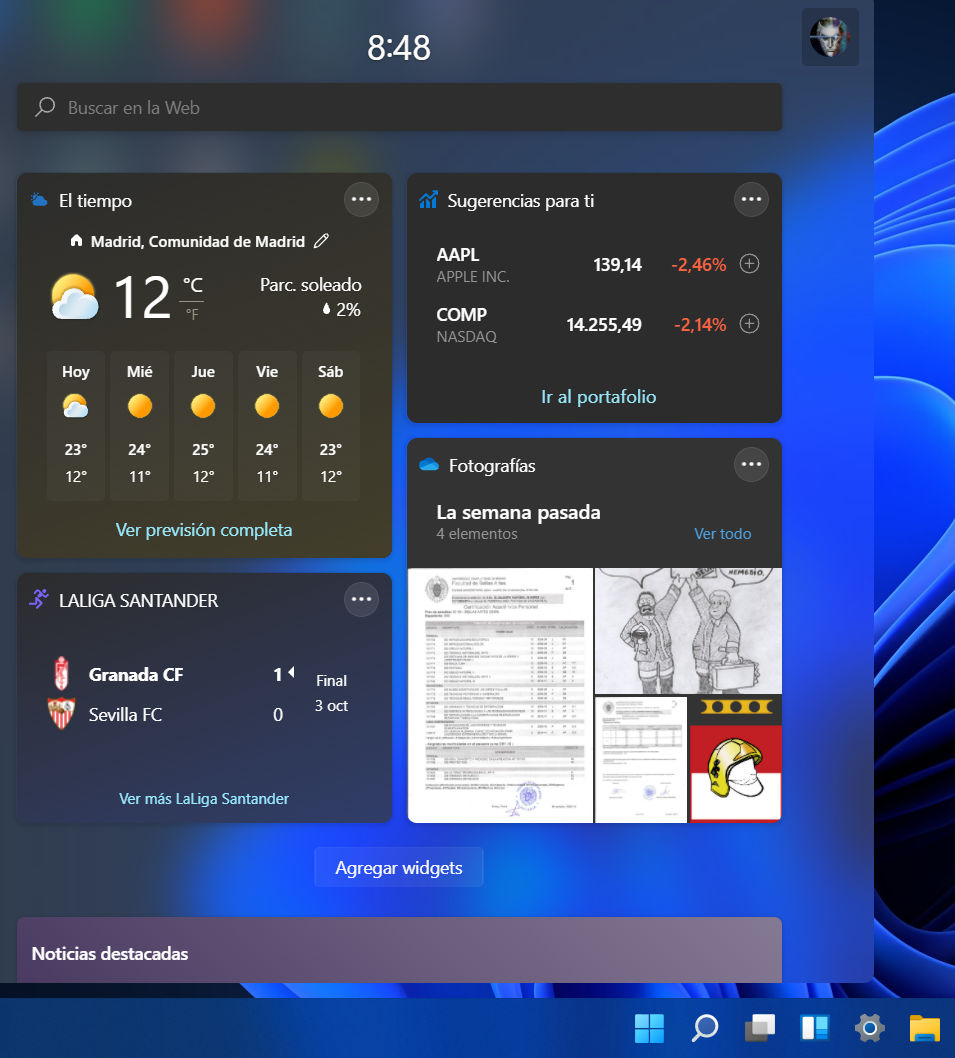 In general, they have not aroused too much emotion and personally I have it deactivated. All widgets are created by Microsoft with limited range, functionality, and customization, and are not much different from the News & Interests section in Windows 10.

As we told you in the preview of the next update Windows 11 Sun Valley 2 , Microsoft intends to improve it. According to the evidence uncovered by the developer of Windows FireCube and that you can see in the screenshots, third-party widgets will end up arriving .

It looks like the API will be open and unmanaged apps will be able to create widgets. Widgets would even support websites, offering functionality similar to Live Tiles in Windows 10. This information has appeared in Microsoft Store Policies [19459003 ] and that is where third-party Widgets are housed for greater visibility. The company will offer a dedicated panel where all the available ones, those from Microsoft and those from third parties, will be available for installation.

The renewal of the Microsoft Store will be key. This digital app store is much less popular and profitable than the App Store or Google Play. Which is surprising considering the potential number of customers: the hundreds of millions of personal computers that use Windows. Neither the big software providers nor the small developers have gotten into Microsoft’s game (exclusive UWPs have a lot to do with it). In this context, without ported applications (except those of Microsoft) the interest has been minimal.

The new store will be more open, more profitable, with better performance in all sections and, ultimately, more attractive for developers and users . For Widgets and all kinds of applications. We will see.