Why does my dog stretch so much? Reasons and possible meaning. 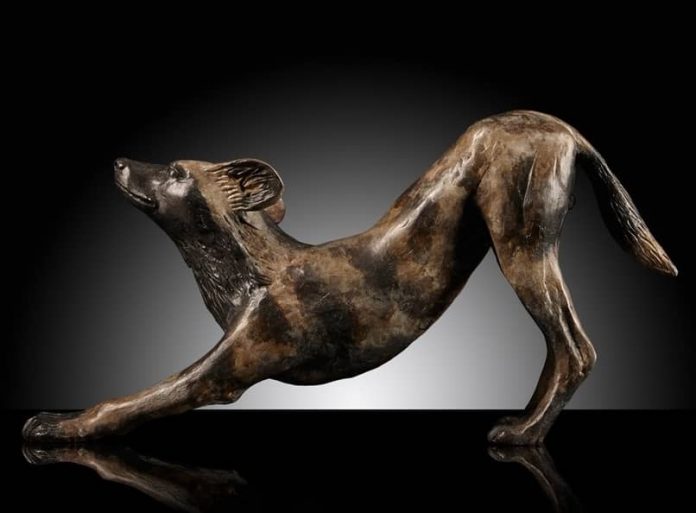 If a pet dog stretches to play or stretch it is normal, but, in certain cases, if the animal keeps its body tense, this is derived from certain health problems in the animal that must be solved by a veterinarian.

In this text we are going to comment on the most common reasons why a dog exhibits an orthopneic or “praying” posture. This kind of postures are related to respiratory, cardiac or digestive complications. They are usually involved with serious conditions that will need urgent veterinary care. In what follows we will discuss why a dog abnormally stretches the body and what this circumstance implies.

Reasons why a dog stretches abnormally

When spending time with a dog during the day to day, surely we have often observed how it stretches. It is normal to observe that the dog, just by waking up or getting up after spending a nap, proceeds to lean with the front limbs on the floor, having the legs completely stretched and then raise the rear.

It can also stand on its hind legs to fully stretch its front legs. And once the body is stretched out, it is normal for it to shake. It’s a way he has to stretch himself. On other occasions, the dog supports its front legs and incorporates the rump, adopting a playful attitude, since this posture is usually accompanied by jumping, enthusiastic barking and dynamic movements of the tail.

This last body posture is usually carried out by our pet when it interacts with other dogs.

The dogs and the prayer position

However, in other cases, a dog is overstretched as a result of a health complication. On such occasions, the animal is placed in a posture known as orthopneic or in the so-called “praying” posture. In the latter, the front limbs are stretched out on the floor and the rear area of ​​the body is raised. It is an indication of bodily pain.

As far as the orthopneic posture is concerned, what is observed is that the animal stands with its forelimbs quite far apart, or sitting, but with its neck and head extremely stretched.

The reason why the dog adopts these postures has to do with its attempts to assimilate more air into its lungs. Such postures are related to complications in the dog’s health, bodily problems such as those that we will mention in the lines that follow.

Dogs that overstretch and vomit

In this case, the dog remains with the front part of the body resting on the ground, while raising the rear part, while experiencing other symptoms, such as diarrhea, bleeding, pain and vomiting. All of the above is very surely associated with digestive complications such as the following: gastroduodenal ulcers, chronic inflammatory bowel disease, acute abdomen, pancreatitis and stomach torsion-dilation.

Exaggerated stretching in the dog and respiratory problems

If a dog overstretches, especially if he extends his head and neck as far as possible, he may be doing everything he can to get air from feeling suffocated. Such a lack of oxygen may be related to some especially serious respiratory complication, but also to certain heart conditions.

Among the disorders linked to an extreme tendency on the part of the dog to stretch, the following should be mentioned: pleural effusion, severe pneumonia and congestive heart failure.

Regarding the latter, it occurs when the cardiac flow fails to preserve a blood flow that solves all the needs of the dog’s body. An affectation in the most important muscle of the body, the heart, will end up damaging the correct functioning of the other organs.

Symptoms that herald a cardiac complication in the dog are cough, reduced physical activity, and fatigue. As the disease progresses, the animal stops eating, breathes faster than usual, and loses too much weight. Edema may also appear, which are accumulations of fluid in the lungs, legs or abdomen of the animal. It is in this specific case that the dog tends to adopt the aforementioned orthopneic position with great frequency.

Why does my cat lick my nose? Full Explanation

Why does my dog ​​lick the floor?

Why is my dog ​​licking the carpet all of a sudden?