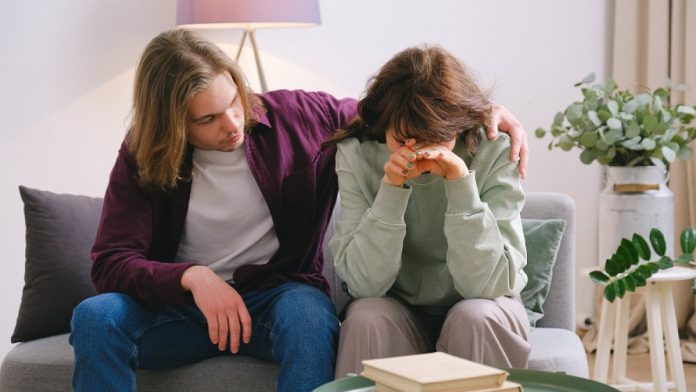 The psychologist Charles Daniel Batson, like other authors in the field of Psychology, tries to explain the altruistic motivation from the empathic feeling.

In order to be able to relate empathy with helping behavior, this researcher proposes different stages such as the perception of the needy, the assessment of their well-being, the adoption of perspective and finally, to decide to help, the hedonic calculation, which refers to the balance between cost and Benefits.

In this article we explain what Batson proposes in his hypothesis of empathy-altruism and what relationship exists between these two concepts.

What is Batson’s Empathy-Altruism Hypothesis?

Daniel Batson’s empathy-altruism hypothesis considers that feeling empathy for someone will lead us to perform altruistic behavior towards this person . To better understand this hypothesis, we must first explain what it consists of and how each term that composes it is defined.

The first concept that we find is that of empathy , which is understood as the ability to understand the emotions of others and the power to put ourselves in their place. Not only will it be enough to understand how others are, but it is also necessary to assess the situation taking into account the other’s perspective and situation, feeling the other’s emotions as one’s own .

For example, given the situation of a friend who has been cooking all afternoon to prepare dinner for us and it burns, to act empathically would be to understand and let him know that we understand that he feels frustrated by the situation; On the other hand, if we act as if it does not matter, downplaying it, we are not putting ourselves in their place and we are not being empathic.

For example, an altruistic behavior would consist of helping a friend with the move without expecting anything in return, without the intention that he will return the favor at some point, just for the simple fact of helping him.

The stages of prosocial behavior

Batson attempts to explain prosocial, altruistic behavior through a six-stage approach : perception of the needy, assessment of their well-being, perspective adoption, empathy and altruistic motivation, hedonic calculation, and helping behavior. All of them are important for the subject to decide to help.

To better understand how empathy arises, we must know the concepts that influence it. The perception of need is the balance we make between the current state of the subject we want to help and the ideal state of well-being; the assessment of their well-being is related to the affective bond that we have with the subject and to what degree we are concerned and the adoption of perspective refers to being able to put ourselves in the other’s place.

The author believes that the first two, perception of the need and assessment of their well-being, are the starting point for the appearance of the empathic feeling , both being equally important. Only the perception of the needs of the other does not imply that perspective is adopted, but it does influence the assessment of their well-being, since in it it is easier for us to put ourselves in the place of the subject.

As we have seen, the hypothesis posits a relationship between empathy and altruistic behavior. The first term, empathy, is defined as a feeling that predisposes to the appearance of a motivation that in this case is altruistic behavior, also known as prosocial, with the main purpose of improving the well-being of the affected person.

But Batson still defines one more step for helping behavior to occur; and it is that we can have an altruistic motivation but not execute the aid . This will depend on the hedonic calculation, which is made taking into account the positive and negative consequences of acting. In this way, we will only help if we see it possible to do so, it is effective and in the cost-benefit balance the latter weighs more.

Opposition to the empathy-altruism hypothesis

Thus, Daniel Batson believes that empathy generates in the individual a motivation to act altruistically. But not everyone agrees with this statement, since there are theories and authors who believe that altruistic behavior as such does not exist, that it would be an ideal in any case, ensuring that people always act seeking their own benefit and if the sum of the reward cost is positive, that is, if helping the other is more positive than negative for us.

Those who oppose this hypothesis claim that whenever we act on behalf of another person we do so with a double intention , since we only act if it does not cost us and benefits us or makes us feel better. Thus, it would be difficult to identify a behavior that is fully altruistic, since to a greater or lesser extent it will always end up bringing something good to us, even if it is only making us feel good for having helped.

Another noteworthy point: the hypothesis is raised with the aim of helping only one person, but if we apply it to reality, the number of subjects who may require help increases . Therefore, it would be interesting to study how it affects the appearance of other victims who require us in our motivational process, of carrying out prosocial behavior. Similarly, there is another variable to consider: the limitation of our helping behavior. Although there are different victims, our behavior cannot cover them all, having to decide how to act.

Despite the opposition it has received, the empathy-altruism hypothesis Batson maintains and has proven through research and studies, more than 35 experiments, which show that empathy and altruism are related and that it is not true that people let us always act expecting something in return when we support the other .

In this sense, it should be noted that Batson was not the only one who planted the influence of empathy for the performance of altruistic behavior; there are other well-known authors such as the naturist Charles Darwin or the philosopher David Hume who affirm that empathy is essential for the subject to act prosocially.

The benefit of the other is a benefit for us

Likewise, it is difficult to assess whether a behavior is based on genuine altruism, since it will be difficult to know with certainty what the final intention was or what the behavior was intended to feel . But what we have observed, being what happens with greater probability, is that there is a feedback between making the other feel good and feeling good ourselves.

If we help another individual with the intention of making him feel better, that is, altruistically, seeing that his condition improves, that will also make us feel good if we are empathic. Feeling better is not our main objective, but it is a fact that appears when we see the improvement of the other person .

Taking into account what has been stated so far, altruistic behavior can be linked to personal benefit, although this is not its ultimate purpose. By acting with the intention of helping the other, we will also win indirectly, and this will improve our self -concept , our self-esteem, we will feel better about ourselves, thus increasing the possibility that we will act altruistically again. Acting altruistically benefits everyone.

On the other hand, if the intention of my behavior towards the other is to favor me (in other words, we act selfishly with our own benefit as the main objective), this ends up generating bad relationships and anger, since the other person realizes our intentions, or when we do not receive what we expect, a negative reaction occurs that will mean breaking the relationship with that person.

In this way, if we want to maintain good relationships and social ties, the best mode of action is the altruistic one, since it is the one that allows connections to continue and remain, without breaking due to personal interests or by claiming to return a favor. Acting without expecting anything in return makes us free, gives us peace of mind and makes us happier if we receive a good action in return, because it is not what we expected.