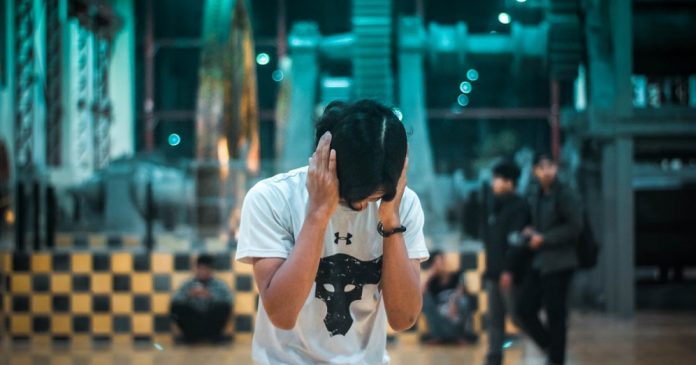 Chewing gum, coughing, eating… These and others are actions that make some noise, a bit annoying but bearable. We’d rather they weren’t there, but they’re not overly irritable either, or at least that’s what most of us feel.

Some people, on the other hand, may perceive these sounds as extremely irritating, causing them such great psychological discomfort that they are capable of reacting with typical fight or flight behaviors. They cause a lot of discomfort, so much so that they can even be greatly altered.

When this reaches pathological levels, it is said that you suffer from misophonia. Reading up to this point, you may have felt identified and wondered how to know if you have misophonia . This is what we are going to answer next.

How do I know if I suffer from misophonia?

The term “misophonia” literally means “hatred of sound” and was first used in 2001 by Pawel and Margaret Jastreboff, although it was not recognized as a real disorder until 2010. Misophonia is described as a hearing disorder in which the sufferer feels great discomfort when faced with low-volume and repetitive sounds . It is believed to be a fairly common condition, affecting almost 17% of the world’s population, and can cause negative reactions in the nervous system.

Those who suffer from misophonia experience strong emotional reactions to specific sounds, such as mouth sounds such as chewing, throat clearing, chewing gum, lip smacking, or even the sound of certain consonants such as /s/. They are sounds that, despite being harmless, people who suffer from misophonia can experience them in such an extremely annoying way that they trigger feelings of panic, anxiety or anger.

It is believed that misophonia is a neurological disorder that causes an exaggeratedly intense response in the central nervous system, specifically in the limbic , due to an abnormal hyperactivation of the auditory system to sounds of relatively low intensity. The sounds that trigger this discomfort can be lower than those of a normal conversation, between 40 and 50 dB.

It can occur at any age, although it usually appears in late childhood or early adolescence. At first, the reaction is triggered by a specific sound, but over time, more sounds that trigger it are added to the repertoire of annoying acoustic stimuli, making the individual’s life increasingly limited by this discomfort.

To know if we have misophonia, we must know what the levels of this discomfort are. As with other medical and psychological conditions, the symptoms can vary from person to person, and in this case the sounds that trigger them can also be different. Below we have an exhaustive scale of what the levels of misophonia are and what symptoms accompany them.

He perceives unwanted noise, but subjectively it does not feel like a nuisance.

You are aware of the presence of someone causing a certain noise, but you do not feel anxiety or discomfort at minimal levels .

Noise causes psychological discomfort in the form of irritation or minor annoyance. There are no symptoms of panic or fight or flight response.

Increasing levels of psychological discomfort are felt, but no corresponding physical response is carried out. However, the person with misophonia may be hypervigilant to audiovisual stimuli.

A minimal physical response is carried out, although without confrontations . At most there will be some complaint to the person making the noise, such as asking them to stop or discreetly cover one ear or quietly move away from the noise. There are no clear panic or flight symptoms.

The individual carries out more controversial and notorious response mechanisms, such as openly covering their ears. Obvious irritation begins to show .

The psychological discomfort is more than considerable . The person has been making a growing, stronger and more frequent use of survival mechanisms such as confrontation with that sound. In some cases, there is unwanted sexual arousal. The patient feels such annoyance at the sound that it can be remembered in a somewhat traumatic way for weeks, months or even years after its occurrence.

The psychological discomfort caused by the annoying sound is so high that some ideas of violence may arise.

There are panic behaviors and they react in the form of rage . The individual is at the crossroads of deciding whether or not to resort to violence with the person causing the annoying sound. You will most likely try to get away from the noise and avoid using physical violence towards an inanimate object. The patient feels irritation, panic and anger.

Physical violence is used against the person or animal that emits the annoying noise. They may also self-harm to avoid harming others.

Differences with other hearing disorders

To know if we have misophonia, it is necessary to see what symptoms differentiate this hearing disorder from others such as hyperacusis and phonophobia.

Hyperacusis is a syndrome in which there is less tolerance towards normal and natural sounds in the environment . It is considered as a loss of dynamic range of hearing, that is, the ability of the auditory system to handle rapid increases in sound volume is affected. People with hyperacusis may resort to wearing hearing protection (eg, earplugs) to be able to do normal activities.

Phonophobia is the irrational fear of loud noises . It is a particularly strange phobia, characterized by the fear of listening to a sound at any volume and thinking that at any moment it can suddenly increase in intensity, causing a great scare. People with phonophobia live with the anxiety that sooner or later they will have to face a deafening noise.

Putting the three hearing disorders in common, we can put the following examples. A person with hyperacusis may feel pain or frustration listening to the radio at normal volume, to the point that they must leave the room or use earplugs. A person with phonophobia may be afraid that, when listening to that same radio, the station will be received altered and suddenly the volume will rise without warning, causing a great scare. On the other hand, the person with misophonia can be very irritated by the sound of the interference, to the point that he picks up the radio and slams it against the wall .

Is there a treatment for misophonia?

There is no specific treatment to completely eliminate misophonia, but there are certain therapeutic options that can improve the quality of life of those who suffer from this hearing disorder . Psychotherapy and relaxation techniques help minimize the effect of stress and anxiety caused by perceiving everyday sounds as very annoying, in addition to providing the patient with tools to assertively manage situations in which produce.

Cognitive-behavioral therapies help improve tolerance towards annoying noises, in addition to providing the patient with tools to control associated emotional reactions . These same, combined with meditation or even practices such as yoga, help combat the irritability associated with annoying sounds.

In situations where it is not possible to escape the unpleasant sound or control its volume, one of the best options for patients suffering from misophonia is to use simple earplugs. In any case, regardless of how controllable the sound is, it is not recommended to consume alcohol, caffeine or any other exciting substance since it can increase the probability of responding aggressively to the sound source.

Are you looking for psychological assistance for misophonia?

At this point, we can know if we have misophonia based on how we behave when we are near a source of sounds that cause us discomfort. This source of annoying sounds can be a person who is chewing gum or simply breathing and, although they are harmless sounds, we perceive them as emotionally disturbing. This can make us respond with a lot of irritation, rage and anger, to the point of confronting the person making the noise and even having an argument.

We can conclude that misophonia is a hearing disorder that causes negative reactions such as anxiety or anger to specific sounds , which can vary from person to person. The person becomes irritated in their presence and may even become physically and verbally violent. Regardless of the response it emits to the annoying sound stimulus, these will be included within the fight and flight behaviors typical of stress and anxiety, either fleeing from the source of the annoying sound or facing it.

If you are looking for psychological support for misophonia contact a Professional Psychologist.