Is Ghostface From ‘Scream’ Really A Psychopath? 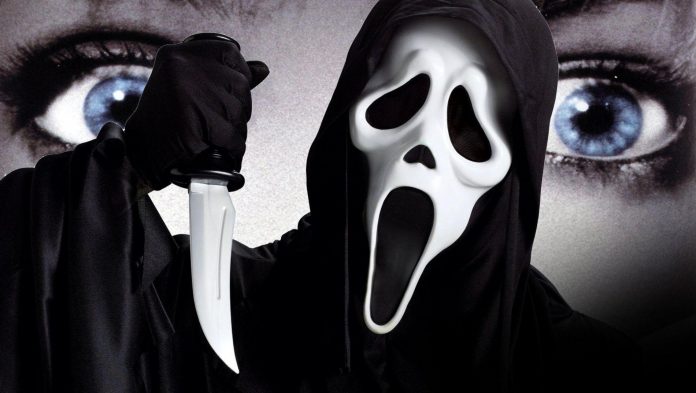 Lovers of the saga of horror Scream have had to wait 11 years since its last installment. Today, one of the best-known and most feared masks in horror film history returns to theaters with Scream 5 (Matt Bettinelli-Olpin and Tyler Gillett, 2022). We do not know who will be behind the character of Ghostface this time, nor if the writers will be able to capture the psychopathic essence in his personality. What we do know is that his two predecessors, Billy Loomis and Stu Macher , are part of the list of film psychopaths analyzed in 2013 in a curious study.

In it, a team of film critics and psychiatrists from the Erasme Academic Hospital , in Brussels, analyzed 126 psychopaths, 105 men and 21 women , belonging to some of the most famous movie titles. His goal was to see if they really fit the profile of a psychopath in real life.

And the truth is that there was everything. Some fit the reality perfectly. Others introduce features that perhaps give the story more drama, but do not correspond to the usual personality of a psychopath . And others fall somewhere in the middle. Yes, they are relatively well based on psychopathy, but not enough to give as an example to a group of forensic psychology students.

This study focused on the characters of 400 films , released between 1915 and 2010. Some of the characters were described as psychopaths in the film itself. Others, even without ever mentioning the term, could easily fit into the definition.

The objective was to see what could be good examples to teach the traits of psychopathy in the field of forensic psychology . And, for this, they were first classified as primary or secondary psychopaths . Primals are superficially charming, manipulative, self-centered, and incapable of love or regret. The secondary, on the other hand, are those who are impulsive and compulsive, with a continuous need for stimulation and opportunities to reaffirm their power.

Although the primary is usually related to the cinema, in reality the authors of this study saw more secondary traits in the analyzed characters.

In addition to this general classification, they were divided into idiopathic, manipulative psychopathy, pseudopsychopathy or male . The idiopathic psychopath is the one that corresponds to the classic definition of psychopath. The manipulative, on the other hand, lives up to its name and is characterized by a great ability to manipulate the people around them . On the other hand, the pseudopsychopath is usually someone with sociopathic traits , with a lack of emotional control and responsibility, usually due to diseases or injuries to the brain. And, finally, the male psychopath is the one who intimidates those around him to obtain his goals.

Characters from horror films were analyzed, such as Scream itself, but also from many other film genres. For example, on the list are the Sheriff of Nottingham , from Robin Hood , or Michael and Vito Corleone , both from The Godfather .

From ‘Scream’ to ‘Psychosis’, passing through ‘The Silence of the Lambs’

Regarding Scream, the two main characters behind the famous Ghostface mask were analyzed. The first is Billy Loomis , who is defined as a primary psychopath of the idiopathic type . As for the second, Stu Macher , he appears as a pseudo-psychopath of secondary type . In addition, it is indicated that this Scream character has another diagnosis, specifically an antisocial personality disorder.

The study indicates that the psychopaths that best correspond to reality are Anton Chigurh , from No Country for Old Men , and Norman Bates , from Psychosis . The first is of the primary and idiopathic type. A textbook psychopath. The second, on the other hand, is a secondary pseudopsychopath , with a second diagnosis of psychosis.

This emphasizes that it represents very well that typical disconnection from reality that can occur in some psychopaths. It has features, in general, that can be very useful for it to be set as an example in the field of forensic psychology.

Instead, despite being one of the most iconic psychopaths in cinema, the authors of this study think that Hannibal Lecter , from The Silence of the Lambs , is somewhat furthest from reality. In fact, they can’t even classify it based on any definite traits. Yes, they can with another character from the film: Jamie Gumb . In his case, he is a pseudopsychopath, secondary , also diagnosed with paraphilia.

Will the new murderer of Scream be well defined as a psychopath? Time will tell. Now it’s time to enjoy the movie. The time for evaluations will come.