NEUROSTIMULATION TO LOSE WEIGHT: THIS IS ITS SCIENTIFIC BASIS 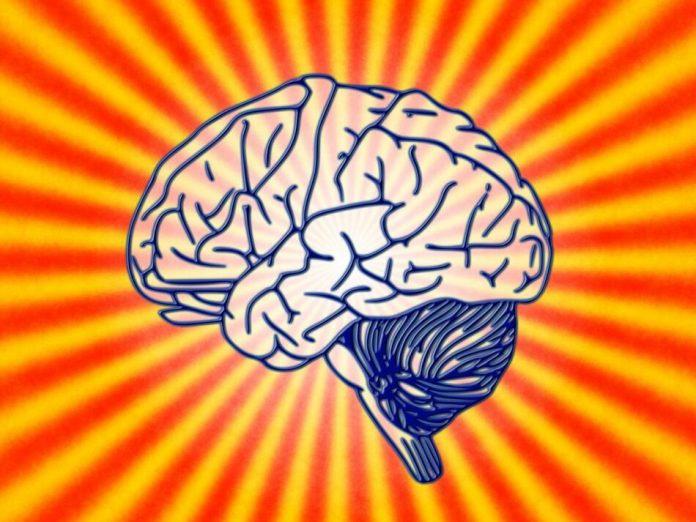 Small electrical shocks to obesity-related areas of the brain. That is the basis of neurostimulation to lose weight, but why does it work?

Obesity is one of the greatest public health challenges of the 21st century. Its prevalence has tripled in many European countries in recent decades, reaching 650 million adults with obesity and 340 million children and adolescents with overweight or obesity according to the WHO .

Conventional weight loss treatments, such as drugs, diets, even stomach reduction surgery, cannot definitively solve the problem. A new technique begins to give interesting results: it allows us to act directly on the brain, ‘stimulate’ it to change habits and thus keep obesity at bay.

Through neuromodulation, and more specifically through a type of non-invasive brain stimulation called transcranial direct current stimulation or tDCS, it is possible to modify the activity of the brain by inducing a very faint electrical current by placing electrodes on the scalp. It is painless, non-invasive, requires no anesthesia or surgery, and is inexpensive.

At the UOC’s Cognitive NeuroLab , we study the effect of non-invasive brain stimulation in patients with different pathologies, including obesity.

This is the procedure:

When the person comes to our lab for a tDCS session, we place two to eight electrodes on the scalp. The number and position of the electrodes depends on the alteration or pathology that we want to treat.

For 20 minutes, the person sits comfortably while an electrical current of very low intensity is induced through the electrodes, directed to an area of ​​the brain especially related to obesity. After those 20 minutes, we remove the electrodes.

The sessions are repeated daily for 5 or 10 days, depending on the treatment.

In addition to changes in the lifestyle of Western societies, and genetic variables, there are specific neurocognitive factors [ proven ] that activate and maintain eating patterns associated with weight gain.

People with obesity have a characteristic neurocognitive pattern that can contribute to the development and maintenance of inappropriate eating habits.

Neuroimaging studies show alterations in the brain’s reward circuitry, including the dorsolateral prefrontal cortex, dlPFC, and in brain areas related to satiety.

Specifically, in people with obesity, hyperactivity is observed in brain areas associated with reward, emotion, memory, and sensorimotor processing when faced with food stimuli (eg hyperactivity in the amygdala, hippocampus, insula, striatum).

In addition, alterations have been found in brain responses related to the regulation of food intake and the satiety response (inadequate response of the hypothalamus) and a reduced activity in dlPFC, implicated in self-control and impulsivity.

The hypothalamus is the key brain area in the control of homeostatic vegetative functions , including thirst and hunger.

Neuroimaging studies show that while in people without overweight problems the activation of the hypothalamus decreases during ingestion, generating a feeling of satiety, in people with obesity the reduction of activity is slower in this area of ​​the brain.

The activity of the hypothalamus is reduced more slowly in people with obesity while they are eating, so they take longer to feel full.

Something similar happens with self-control. In obese patients, brain activity in the areas responsible for self-control and impulsivity is reduced in response to food stimuli ( hypoactivity of the left dlPFC and left anterior cingulate cortex ).

People with obesity have some cognitive alterations shared with other eating disorders and with addictions to substances or gambling.

It is common to find in obese people difficulties in making decisions and in inhibiting responses, high impulsivity and a lower capacity to delay gratification or reward, which leads them to overeat and, therefore, to increase weight.

In recent years, the impulsiveness and lack of self-control that many overweight people experience is receiving a lot of research attention .

Impulsivity is considered one of the strongest predictors of overweight, since self-control is essential to be able to follow a proper diet and a program of constant physical activity.

NEUROMODULATION: A NEW TREATMENT FOR OBESITY

In clinical practice there are important limitations in the pharmacological, nutritional and surgical treatments that exist today for weight loss.

Limitations are related to accessibility, cost, adherence, and long-term efficacy. That is why it is essential to seek new therapeutic approaches, with good adherence, that are capable of changing negative eating habits in order to lose weight and maintain it in the long term.

Obesity has serious medical consequences, conventional treatments do not work at all and, in addition, we have scientific evidence that in people with obesity there are alterations in brain activity. With all this, interventions based on neuromodulation represent an excellent approach for the treatment of such a complex and multifactorial condition as obesity.

The objective of neuromodulation is to modify the neurocognitive patterns altered in obesity, to establish new patterns and new healthy eating habits. Neurostimulation is a promising and innovative treatment for obesity.

HOW TDCS WORKS ON THE “OBESE BRAIN”

Using tDCS, it is possible to increase deficient brain activity in the dorsolateral prefrontal cortex (dlPFC) in people with obesity.

By increasing activity in this area of ​​the brain, self-control over food increases and impulsive eating is reduced. Furthermore, it is possible to modulate the activity of the hypothalamus, stimulating cortical zones, and of the cerebellum, extensively connected with it. By acting on these brain areas, it increases the feeling of satiety and reduces appetite.

To date, the research carried out with this technique in the study of eating behavior, and more specifically in obesity, is very scarce, but shows positive results.

Several studies have shown that tDCS intervention can reduce intake , desire to eat and appetite, and increase feelings of fullness. In addition, tDCS can increase self-control in the presence of food and [ reduce anxiety to eat ].

In addition, better benefits are obtained when the application of tDCS is combined with physical activity.

THE FUTURE OF NEUROMODULATION IN CLINICAL APPLICATION

TDCS is a safe and painless technique for which the patient does not need any preparation. Possible side effects are practically non-existent, limiting themselves to possible redness or burning in the area where the electrodes have been placed or mild headaches, which disappear after a short time or taking some analgesic.

It is a recently used technique, which is why it is only established as a treatment for some pathologies, such as depression or chronic pain. Therefore, it is a pioneering technique in every way, especially in eating disorders, since research in this field is very scarce worldwide.