The brain can remember and reactivate old immune responses 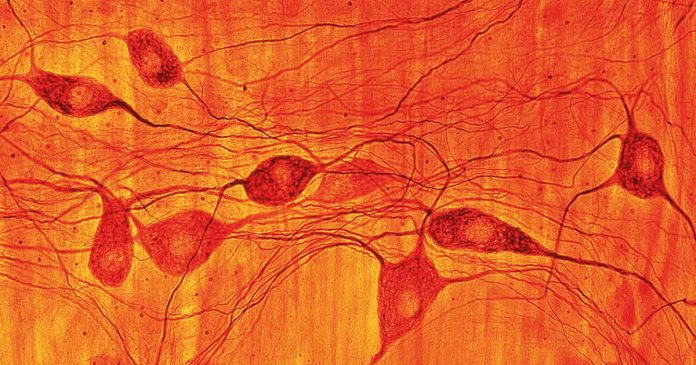 Dogs that repeatedly hear a bell at mealtime generate a conditioned response and salivate upon hearing the sound of a simple ringing, as demonstrated by the physiologist Ivan Pavlov in the 1890s. The brain of animals learns to associate the bell with the food and commands the salivary glands to react accordingly.

More than a century later, in a article recently published in Cell , neuroimmunologist Asya Rolls has demonstrated a similar type of conditioning in immune system responses. Using state-of-the-art genetic techniques, she and her team at the Technion-Israel Institute of Technology in Haifa identified neurons in the brain in mice that were activated when they experimentally induced inflammation in the abdomen. They then showed that when these neurons were stimulated again, the mice developed the same types of inflammation.

“This is extraordinary work,” says Kevin Tracey, a neurosurgeon and president of the Feinstein Institutes for Medical Research in Manhasset, New York. It reveals “that the classical concept of immune memory can be represented in neurons.” Other researchers before Rolls had suggested that the brain could remember and reproduce immune responses, he adds, but “she has shown it.”

Ruslan Medzhitov, an immunologist at Yale School of Medicine in New Haven, Connecticut, sees the new research as “very exciting” because it expands knowledge in the field and challenges classical concepts.

Psychosomatic reactions
Decades of research and everyday experiences offer striking examples of the interaction between mind and body. Around the time that Pavlov was experimenting with drooling dogs, the American physician John Mackenzie observed how one of his patients itched her throat and found it difficult to breathe when she saw an artificial rose; the simple belief that there was pollen was enough to trigger her allergy symptoms.

In the 1970s, scientists discovered a similar phenomenon when conducting taste aversion experiments on rats: they were repeatedly administered an immunosuppressive drug along with a synthetic sweetener, saccharin; finally, they discovered that they could reduce the immune activity of the animals with just saccharin. Many of us can remember times when the mere smell of a food that had made us unwell could trigger nausea again.

However, the mechanism responsible for these psychosomatic reactions has always been a mystery. Such experiences “cannot be governed by immune memory as we know it,” says Rolls. Rather, these immune responses appear to be initiated in the brain, he explains. “Somehow certain thoughts initiate real physiological processes.”

In recent years, the Rolls laboratory has begun to understand how thoughts and emotions might influence physical health. In 2018, she and her colleagues demonstrated that when they stimulated neurons in the brain’s pleasure centers in tumor-bearing mice, they inactivated a subset of immune cells that suppress the body’s defenses; in those animals, tumor growth was slowed. On the other hand, in a study published last May, his team discovered that the activation of certain nerves in the colon prevented immune cells from the blood from entering the tissue, offering a brain control mechanism about local inflammation.

Interpreting the immune system
Since these groups of neurons regulate immune activity with such precision, Rolls did not conceive that the brain could intervene on a system without knowing its state. “So we set out to find out how the brain interprets the state of the immune system,” he explains.

His team focused on the insular cortex, or insula, a deep structure in the brain that processes pain, emotions, and physical sensations within the body. “It made perfect sense for the immune system to be involved in this interoceptive information,” says Rolls.

To find out if this was the case, the researchers added a substance to the water that laboratory mice drank to trigger a week-long bout of colitis. The product altered the inner lining of the colon and unleashed a wave of immune cells that targeted the damaged area, a response that then went badly out of control. A genetic modification in the mice allowed Rolls and his team to fluorescently tag active neurons on the day inflammation peaked, lighting up the cells in the insula. They then used a second genetic technique to introduce a molecular switch into these cells that allowed them to turn them on and off at will.

Several weeks after the colitis subsided and the mice recovered, the researchers used the molecular switch to reactivate neurons and elicit a similar inflammatory response in the colon. When they induced another inflammatory disease, peritonitis, in mice, they observed similar results in the lining of the abdominal cavity.

The immune responses elicited by neural stimulation were “reminiscent of the original” of the disease, says Rolls. The similarities extended to the molecular level: In mice with induced peritonitis, leukocytes carrying a specific receptor protein became more abundant in the abdominal lining during both original and subsequently evoked inflammation.

The researchers also observed the opposite effect: when they inhibited the initial set of activated neurons, the animals’ disease symptoms were not as severe. This indicates that, even during chemically-induced inflammation, signals from the brain can help control its severity.

In a series of nerve mapping experiments, the team determined that neurons in the insula that fired during initial inflammation “actually present a pathway to get a message to the colon,” explains Rolls.

A two-way street
In Tracey’s opinion, the new research shows that “the state of neuronal activity cannot be separated from that of the activity of the immune system. It is a two-way street.

In 2002, Tracey and her colleagues broke into this field with the discovery that the brain can send anti-inflammatory signals to other parts of the body via the vagus nerve. This line of research has advanced to the point that bioelectronic devices are being developed and studied to control inflammation in rheumatoid arthritis, pulmonary hypertension, and other diseases.

However, unlike the vagal nervous system, neurons in the insula described by Rolls sense inflammation, remember that immune state, and can reactivate it, a behavior that is more like Pavlovian conditioning than a negative feedback response, Medzhitov thinks. According to Tracey, the vagus nerve is like the braking and running system in a car. The Rolls study shows that “there is a driver, someone who decides whether to press the brake or the accelerator.”

However, as Rolls and colleagues point out in their article, they cannot yet say whether the ‘memory’ of inflammation by neurons in the insula somehow describes the immune response itself; or if, on the contrary, it corresponds to a record of the sensations of the inflamed body tissues (that is, the memory of what it felt like to be sick with that inflammation). Nor can they rule out that other parts of the brain are also involved in the memory of the immune response. What the study does show is that “this information is encoded, even though it is not consciously experienced,” Medzhitov says.

The investigation could have far-reaching implications. The team describes an anatomical pathway that links “one’s emotional state to inflammation of the colon, which is probably the best demonstration of psychosomatic control today,” Medzhitov believes.

The results of the new study also challenge our top-down view of how the brain works. “Most people tend to think that we are very smart, that we decide what to do and then order our body to do it,” says Tracey. “But the nervous system doesn’t work like that.” Instead, the brain receives and integrates information about changes in the body, such as infection or fever, and responds accordingly.

Rolls’ work demonstrates that “the brain is inseparable from the immune system,” concludes Tracey. “I think both immunologists and neuroscientists are going to be excited and surprised.”

This article originally appeared in QuantaMagazine.org , an independent publication promoted by the Simons Foundation to enhance the public understanding of science.

This article appeared published online in the Scientific News section on November 12, 2021.