An algorithm that designs quantum experiments 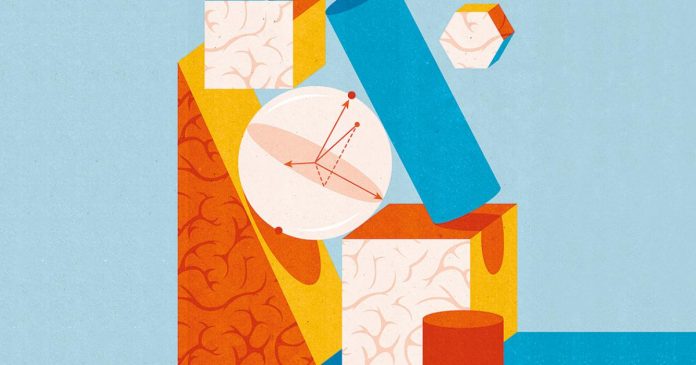 One day in early 2016, quantum physicist Mario Krenn was sitting in a Vienna cafe, scrutinizing some printed papers. He was trying to understand what MELVIN had found, a machine learning algorithm that he had developed himself. The mission of this artificial intelligence was to mix and connect basic elements of standard quantum experiments to solve new problems. And he discovered many interesting solutions, but there was one that did not make sense. “My first thought was ‘there’s a bug in my program because this solution can’t exist,'” says Krenn.

MELVIN seemed to have succeeded in creating very complex entangled states of multiple photons. (The entangled states are what led Einstein to invoke the specter of “ ghostly action at a distance “.) Krenn, Anton Zeilinger of the University of Vienna, and their collaborators had not explicitly supplied him with MELVIN the rules necessary to generate such intricate states, and yet he had found a way to do it. In the end, Krenn realized that the algorithm had rediscovered a type of experimental setup designed in the early 1990s. But those experiments had been much simpler than the problem that MELVIN solved. According to Krenn, who now works at the University of Toronto, “once we understood what was going on, we were immediately able to generalize [the solution].”

Since then, other teams have begun the experiments identified by MELVIN, and this has allowed them to verify the conceptual foundations of quantum mechanics in new ways. Meanwhile, Krenn, along with colleagues in Toronto, has refined their machine learning algorithms. His latest project, an artificial intelligence called THESEUS, has raised the bar: It is several orders of magnitude faster than MELVIN, and its results are also easier to interpret. It took Krenn and his associates days or even weeks to understand MELVIN’s ramblings, but now they can almost immediately understand what THESEUS is saying to them. “This is magnificent work,” says Renato Renner, a researcher at the Institute for Theoretical Physics of the Federal Polytechnic School of Zurich who was not involved in the project, but who reviewed a 2020 study on THESEUS.

Krenn embarked on this research program almost by accident, when he and his team were studying how to experimentally create entangled photon quantum states in a very concrete way. When two photons interact, they become entangled and we can describe them mathematically by a single common quantum state. Measuring the state of one of the photons instantly fixes the state of the other, even though both are miles apart (hence Einstein disparagingly referred to entanglement as “ghostly”).

In 1989, Daniel Greenberger, the late Michael Horne, and Zeilinger described an intertwined state that is now known as GHZ, from the initials of their last names. It involved photons, each of which could be in a superposition of two states 0 and 1 (each photon constituted what is called a qubit). The GHZ state of his paper involved the entanglement of four qubits, so that the total system was in a two-dimensional quantum superposition of states 0000 and 1111. Thus, if we measured one of the photons and found it in state 0, the superposition it would collapse and the other photons would also be in the 0 state (and similarly if the measurement result were 1). In the late 1990s, Zeilinger and his team first observed GHZ states with three qubits in a experiment .