COVID-19: HOW SHARK ANTIBODIES COULD PROTECT US 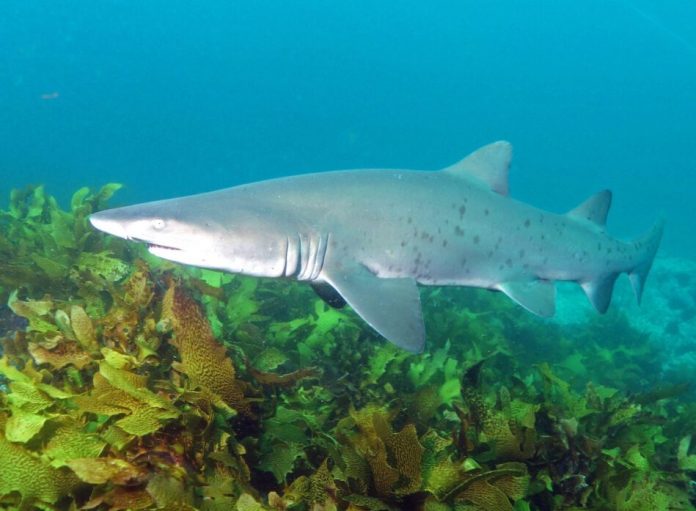 Nurse sharks ( Ginglymostomatidae ) are predators that live on the sea floor and stalk their prey in the warm, shallow waters of the Atlantic and Pacific oceans. In a new study published in Nature Communications , scientists suggest that these sharks could hold the key to a new, more effective treatment for COVID-19.

Researchers have found that tiny antibodies found in the blood of these sharks can prevent SARS-CoV-2, the virus that causes COVID-19, and its variants, from entering and infecting human cells.

These results could help researchers develop effective treatments for future outbreaks of animal-borne viruses (zoonoses). These antibodies could provide immunity against viruses without the need to vaccinate people who are immunosuppressed and who do not respond well to vaccination.

These antibody-like proteins are known as variable antigen receptors (VNARS). Shark VNARS are one-tenth the size of human antibodies. VNARS bind to viral proteins in a way that prevents infection.

Sharks have been on the planet for nearly 500 million years and, in that time, they have developed an extraordinary immune system with defense mechanisms that other mammals do not have, which also makes them immune to cancer . according to the Journal Sentinel.

Antibodies extracted from the immune system of nurse sharks have been shown to be effective against coronavirus and its variants in in vitro assays with human embryonic lung and kidney cells. The researchers discovered that the antibodies block the entry of the virus into cells by preventing the spike protein from binding to the ACE2 receptor on human cells.

Even though they are shark antibodies, the researchers say they are similar enough to human antibodies that rejection is unlikely. The risk is that being so small they could filter through the kidneys of the patients more quickly and that they would not have the opportunity to act to create immunity. Scientists believe human trials and development of a shark antibody treatment could come in two years.

Share
Facebook
Twitter
Pinterest
WhatsApp
Previous articleNetwork Basics: Wi-Fi Repeater, What It Is And How It Works
Next articleWHY IS IT CALLED THE DAKAR RALLY IF YOU HAVEN’T BEEN IN DAKAR FOR YEARS?
RELATED ARTICLES
Science