Does Kissing Disease Cause Multiple Sclerosis? 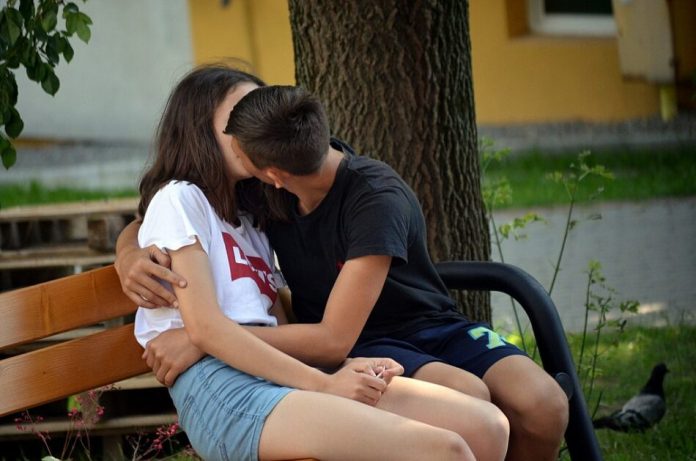 The fact that a person has developed kissing disease does not necessarily mean that they will develop multiple sclerosis.

Given the information that has recently appeared in the media indicating that the virus that causes kissing disease or infectious mononucleosis (Epstein-Barr virus) is responsible for multiple sclerosis, the Spanish Society of Neurology has sent a statement with important clarifications:

WHAT IS MULTIPLE SCLEROSIS

Multiple sclerosis is a chronic autoimmune, inflammatory and degenerative disease of the central nervous system, and is the most common non-traumatic disabling neurological disorder in young adults in developed countries.

The most recent prevalence studies indicate that the frequency of the disease has increased in the world in recent decades, that this increase in prevalence occurs fundamentally at the expense of a greater number of cases of women with relapsing-remitting forms, and that the influence of the latitudinal gradient seems to be attenuating.

At the present time it is estimated that there are approximately 2.5-3 million patients worldwide and about 55,000 in Spain. The disease is typical of women (3 cases for every male case) and usually begins between the ages of 20 and 40.

IT’S NOT JUST A GENETIC DISEASE

Currently, the cause of multiple sclerosis is unknown, although most of the studies carried out support the existence of environmental factors that, acting on genetically predisposed individuals, trigger the autoimmune phenomenon through which inflammatory and degenerative processes develop. in the central nervous system.

The influence of these environmental factors seems crucial during childhood, as shown by studies carried out in populations that migrate from areas of low frequency of the disease to others of high risk, or vice versa, being able to modify the susceptibility to suffer from the disease so that The first two decades of life seem fundamental for establishing the risk of suffering from multiple sclerosis.

The disease does not follow a conventional inheritance pattern, associated with a single gene, but more than 200 genes have been identified that seem to give the individual a greater risk of developing it when exposed to the aforementioned environmental factors.

Many studies have been carried out to try to identify which, or which, are the environmental factors directly related to the development of the disease without, until now, having been able to establish a definitively consistent relationship with any of them.

Among these environmental factors, vitamin D levels have been studied, in direct relation to exposure to ultraviolet radiation from sunlight, smoking, salt consumption, obesity in adolescence and exposure to different infectious agents such as the Epstein Barr virus (EBV).

For many years, the existence of infectious agents has been proposed that would increase the risk of multiple sclerosis if they were acquired in adolescence, but not if the first contact with them occurred during childhood.

Supporting this “hygiene theory” hypothesis, the epidemiological findings indicate that the prevalence of the disease is low in developing countries and tends to increase in regions with higher socioeconomic status and sanitation, where the age of these primary infections is delayed.

Interestingly, the timing of primary EBV infection is generally regarded as a marker of childhood hygiene and has been linked to an increased risk of developing multiple sclerosis.

Generally acquired in early childhood in developing countries, primary EBV infection is drastically delayed in developed areas, with a much lower seroprevalence in the young so that when this occurs, the risk of developing infectious mononucleosis is significantly increased while that in childhood the infection can present a very trivial or even asymptomatic clinic.

While several studies provide strong evidence that infectious mononucleosis is an important risk factor for developing multiple sclerosis, it is also true that the very high prevalence of EBV seropositivity in the general population (95%) and the relatively low frequency of incidence of Multiple sclerosis poses a great challenge to prove the direct causality between the risk of developing the disease and the previous viral infection.

In summary, EBV infection before the age of 15 years could influence the risk of developing multiple sclerosis and this age dependence could be due to altered immune responses after contact with the virus in adolescence and early adulthood, but the The fact that a person has developed an infection by this virus does not imply that they will necessarily develop multiple sclerosis since, as we previously pointed out, the disease is multifactorial.

Despite the study recently published in the journal ‘Science’, in which, again, a possible association between the Epstein-Barr virus and multiple sclerosis seems to have been found, it is not clear why multiple sclerosis manifests in some people and in others not.

Thus, we reiterate that research continues to point to a combination of genetic factors with other environmental factors and not just a single factor.

Information from  Dr. Miguel Ángel Llaneza, Coordinator of the Demyelinating Diseases Study Group of the Spanish Society of Neurology (SEN)