Is mononucleosis the cause of multiple sclerosis? This is what the study really counts 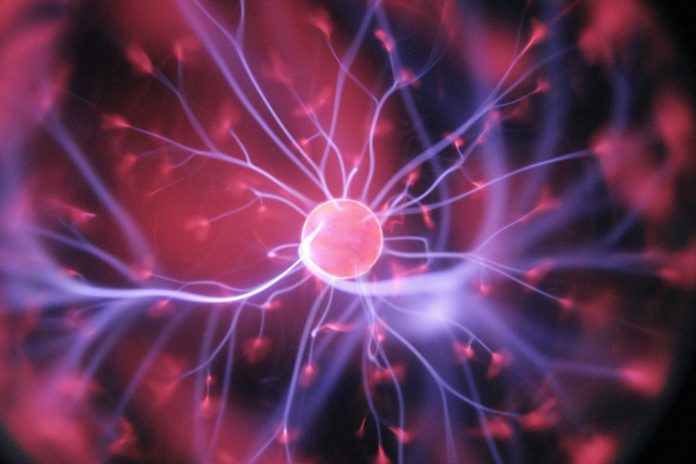 This Thursday, January 13, a team of scientists from Harvard University announced that, according to a study published by them, the mononucleosis virus could be the cause of multiple sclerosis . At least that is what we have read in many media outlets in recent hours. However, and although their finding is good news that brings us closer to understanding a terrible disease , what they have announced is not exactly that.

To begin with, it is important to make it clear that the relationship between mononucleosis and multiple sclerosis is not something that has just been discovered. There are already multitude of scientific studies in which both diseases are linked. However, it has been difficult to find a causality beyond chance, because it is estimated that more than 90% of human beings have been in contact with the Epstein-Barr virus , cause of mononucleosis.

As a result, people suffering from multiple sclerosis most likely have antibodies against the virus. Almost everyone has it. The novelty is that these researchers, whose results can be read in Science , have developed an experiment that allows this relationship to be analyzed in a more exhaustive way. And yes, it seems that the virus may be a trigger of the disease . But from there to saying that this is the cause there is a whole abyss.

What is multiple sclerosis?

Like any other autoimmune disease , it is due to the patients’ immune system attacking their own body by mistake. In this case, it attacks the myelin , which is an insulating sheath that covers the nerves. As a consequence, they gradually lose their ability to transmit signals, triggering a wide range of symptoms that become increasingly serious. Unfortunately, there is currently no cure for multiple sclerosis.

Mononucleosis, also known as kissing disease , is a condition caused by the Epstein-Barr virus, belonging to the herpes family.

Many people are asymptomatic, especially if contact with the pathogen occurs during childhood. Although also if it happens later.

However, it is generally in adolescents and young adults in which symptoms are usually generated, the most common being fever, sore throat, fatigue and swollen lymph nodes.

It is spread through saliva , hence it is known as kissing disease. Although, logically, it can also be caused by other causes beyond kisses, such as the exchange of drinks or food.

What do mononucleosis and multiple sclerosis have to do with each other?

There are numerous studies that find a link between the two diseases. In fact, the most common thing is to find antibodies against Epstein-Barr in the blood of patients with multiple sclerosis . But, as we have already seen, the percentage of people who have been exposed to this virus, even if they have not suffered from infectious mononucleosis , is very high.

More evidence is needed and this is where this latest study comes into play. Its authors carried it out by analyzing data from the United States Army . They chose this particular population because it made it easy for them to track their antibody levels against different viruses. And it is that, in this country, at the beginning of the service and every two years thereafter, the military must undergo a blood draw to analyze their blood plasma for signs of an HIV infection . These samples remain in the possession of the Department of Defense, which the authors of this study contacted.

Thus, they were able to investigate the records of more than 10 million people , until they found 801 who had ended up developing multiple sclerosis. Among them, there were 35 who did not have antibodies against the mononucleosis virus when they entered the army. But 34 of them had them in samples after the beginning of their military career, but before the development of the disease. That is, only one of the multiple sclerosis patients seemed never to have been exposed to Epstein-Barr. They found no significant association with any other virus.

This provides more evidence that there seems to be a link between the two diseases. However, in this particular study they do not say what the cause may be, although other scientists do have some theories. For example, in statements collected by Live Science , Dr. Lawrence Steinman , from Stanford University, explained that it could be related to the presence of a protein in the virus that resembles another typical of the nervous system of humans. When the immune system generates a response against Epstein-Barr, it could get confused and turn also against nerve cells .

In fact, it is pointed out that said protein could be one, called EBNA-1 , which is found in the virus that causes mononucleosis and bears a strong resemblance to a molecule present in cells that produce myelin. Of course, it is important to note that the study in which this point is analyzed is a preprint and, therefore, has not passed the relevant reviews to be considered sufficiently reliable.

Knowing all this, it could be that the virus that causes mononucleosis is one of the triggers of multiple sclerosis. But not the cause of this autoimmune disease.

Moreover, it is very important to remember that multiple sclerosis also has an important genetic component. For example, in 2016, a study was published in Neuron showing that people with a specific mutation in a gene called NR1H3 have 70% more likely to develop multiple sclerosis.

And it is something that has also been seen in studies that relate it to mononucleosis. For example, in 2019, one was published in JAMA in which the levels of a protein called neurofilament light chain were analyzed, whose concentration in blood is related to with damage to the nerve cells .

This protein was seen to increase in the blood of people with multiple sclerosis, but only after having had contact with the Epstein-Barr . On the other hand, people who suffer from mononucleosis, but never develop multiple sclerosis, do not have this imbalance in this protein, so it seems that it is also important that there is a predisposition .

Be that as it may, this study is still good news, as it gives more certainty about an important target for treating or preventing multiple sclerosis . Having solidified the relationship that was already being studied with mononucleosis will be a step forward in this line of research. So yes, there are enough reasons to celebrate. But always from the caution of knowing that science has its times and that there is still much to investigate.