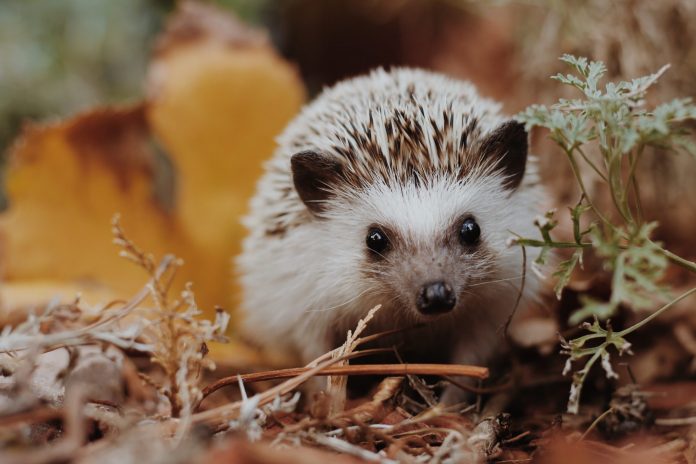 When was the last time you ate a McFlurry ? Did you end up removing the lid overwhelmed by the fact that the spoon fit too tight? Well, think of it as nothing more than a small sacrifice for the good of the hedgehogs.

Yes, it may seem like a joke, but it’s true. In the past, the lid that goes on top of the famous McDonalds ice cream had a much larger hole for the spoon. The problem was that it was just the right size so that the hedgehogs could insert their heads in search of something sweet to take to the stomach, and then not be able to get out .

Being trapped, they could not move or feed normally, so they could starve. That’s not counting the damage caused by the wounds . For this reason, the British Hedgehog Preservation Society was campaigning until, finally, in 2006 the fast food chain chose to make the hole smaller. Since then there are fewer hedgehogs that are trapped, but some continue to fall, so consumers themselves have already begun to be asked to take their own measures.

The problem of the hedgehogs with the lids of the McFlurry

In an article on this topic published on IFLScience , they shared a Facebook post from 2017 in which a veterinary center in the south of England warned of the problems that continue to bring the lids of the McFlurry to the hedgehogs.

They decided to write about it when a hedgehog with a trapped head arrived at their consultations, which it was necessary to anesthetize later to heal all his wounds. Veterinarians explained that these animals are regularly trapped because they are attracted by the sweet smell of ice cream remains.

Not everyone is lucky enough to end up in a veterinary clinic and many can die. Like all those animals that are trapped in nature because of objects derived from the activity of human beings.

Trapped in their habitat

The rings of soft drink packs, plastic bags or fishing nets are just some of the many examples of utensils that can become deadly traps in nature.

Okay, fishing nets are designed for that, but not only fish fall into them. Other animals such as seagulls, turtles, dolphins or fish for which they were not originally designed can also be trapped.

The rings of soft drink packs and bags are also dangerous at sea. An animal can get trapped when going through the rings and end up strangled or starving for not being able to move normally. The bags can be turned into traps by the handles. But generally the problem is that large marine animals, such as whales, can eat them, mistaking them for jellyfish, and suffer poisoning or intestinal obstruction.

To this whole list, which is not only harmful in the sea, is added the cover of the McFlurry, which can be deadly for sea urchins on land.

It was a detail on the part of the company to try to solve it. So are other supposedly beneficial measures, such as the use of wooden spoons or paper straws. The problem is that, at least with all this, we have ended up seeing that they are rather greenwashing strategies, with which they look good without obtaining a real benefit for the environment.

In this case, the proposal to eliminate or reduce plastic can also be beneficial. and it is that some McFlurry containers no longer even have a lid. Simply the cardboard with which the container is made closes a little at the top. That is a great help for hedgehogs. But they can still get stuck in lids with holes, whether from McFlurry or any other product. For this reason, help is sought directly from consumers. If you have finished your ice cream, or whatever product it is, do not leave it lying on the street. Use the appropriate containers and, if possible, break the lid before . Even if there are no hedgehogs in your area, perhaps with that you could be helping some other small animal. It is a simple and quick gesture and the positive results can be immense.

Share
Facebook
Twitter
Pinterest
WhatsApp
Previous article‘Call of Duty: Modern Warfare 2’ could arrive sooner than you thought
Next article‘Warzone’ finally receives attention from its developers to solve the disaster that came with Caldera
RELATED ARTICLES
Science