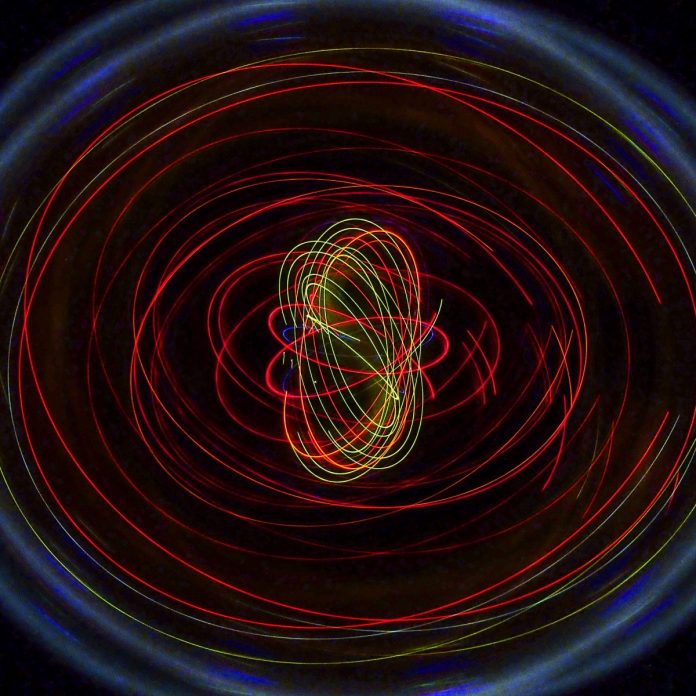 Clean and cheap energy, that’s what nuclear fusion promises. What is missing to make it a reality?

Imitating the stars, achieving nuclear fusion, is a possible dream since the Soviet scientist Andrei Sakharov designed a magnetic bottle in the 1950s, the tokamak, that allowed to confine a plasma .

Today we touch the dream of clean and cheap energy with the tips of our fingers. However, the pending challenges require taking the technology that humanity has been able to develop up to now to the limit.

Producing fusion reactions is relatively simple, it can be done in any laboratory that has a small accelerator. The difficulty lies in producing a sufficient number of reactions, continuously (or at least over long periods of time) such that the energy produced is greater than that invested in the process.

ITER ( International Thermonuclear Experimental Reactor ) will allow, if all goes well, to demonstrate that fusion reactions are possible continuously for hundreds of seconds, with a net gain of Energy.

In Europe, almost all the efforts of the scientific community have focused on developing the so-called magnetic confinement fusion. It is the basic idea of ​​the magnetic “bottle”, the tokamak that Sakharov designed.

In this “bottle”, the atoms that have to merge are kept “confined” in a small volume and at a high temperature (more than 150 million degrees) through the use of magnetic fields.

In general, the advances that have been made to achieve fusion as an energy source have been based on the construction of increasingly larger containers, in which the behavior of confined particles has been studied.

In Spain we have a magnetic confinement device built in the 1990s at the CIEMAT and which for many years has been the largest in Europe among its category.

But the largest device in Europe right now is the JET (Joint European Torus), located in Culham (United Kingdom). Although JET’s goals have focused more on understanding the behavior of particles at these temperatures and less on maximizing energy production, JET today holds the record for energy production. JET has managed to generate up to 65% of the energy invested.

One step after ITER: DEMO in action

ITER will not produce electricity. Its objective is to demonstrate that we know and are capable of controlling the behavior of confined particles. It is the key experimental intermediate step between today’s fusion research machines and the fusion power plants of the future.

It will also serve to develop the entire set of complementary technologies necessary for the management of a future electric power production plant based on fusion reactions. For example, the remote manipulation of non-accessible components, the heating systems that are necessary to “start” the fusion reactions, the sensors and diagnostic systems to control the device, etc.

After ITER, it is planned to build one more device, a demonstration reactor ( DEMO ), capable of producing electricity almost continuously.

In DEMO, the complete cycle of energy production from fusion reactions can be tested in its entirety. Work is currently underway on the design and construction is expected to begin in the 1940s.

With what material do we build DEMO?

However, the technological leap between ITER and DEMO is too great in some aspects and in order to build DEMO it is necessary to develop some technologies that cannot be validated in ITER and that do not even exist today.

One of them has to do with knowing how the materials that should be used for the construction of DEMO will behave, especially those closest to the area where the fusion reactions take place. These materials will interact with the neutrons produced. Neutrons have an essential function: they are responsible for transporting the energy produced in the reaction to the outside, in order to transform it into electricity.

The interaction with the neutrons, in the long term, modifies the materials of the reactor and its behavior, but today we do not know how, in what way they will be affected. And it is something that we have to know in detail.

To prove it, you have to develop technologies that do not exist. There is no place today that has enough neutrons similar to those produced in a fusion reaction, so it is not possible to study the behavior of materials in these conditions. We need to build a completely new, unique facility in which to carry out experiments that allow us to discover the behavior of the materials that will be used in DEMO and in future fusion reactors.

A deuteron on a lithium target

To be able to carry out these experiments, we first have to produce neutrons similar to those that will be present in a fusion device. For this we use the reactions between a deuteron impinging on a lithium target.

For the neutrons produced in this process to be similar to those produced in fusion reactions, the energy of the deuterons must be of the order of 40 MeV.

This idea gave rise in the 1990s to the proposal of the so-called project IFMIF ( International Fusion Materials Irradiation Facility ). The IFMIF-DONES project, the facility to be built in Granada, is an evolution of this original project.

Accelerating deuterons to these energies is relatively simple. However, to be able to produce enough neutrons in a reasonable period of time requires that the number of accelerated deuterons be very high, and this brings particle accelerator technology very close to what is technologically possible.

Only recently, and within the framework of the project IFMIF/EVEDA included in a Euro-Japanese collaboration in which Spain participates in a very significant way, has it been possible to develop the technology necessary to build machines capable of accelerating a very high current of deuterons (in this case up to 125 mA).

IFMIF-DONES is planned to be built in Granada

Thus, IFMIF-DONES is a deuteron accelerator up to an energy of 40 MeV and about 125 mA, which affect a lithium target and generate a radiation field similar to that which would be in a fusion reactor in a reduced volume (a few liters). That is where the materials we want to study are placed.

The accelerator is unique in the world, above all because of its high power (5 MW), the high current of particles, and the requirements for availability and continuous operation. The target is also unique in the world mainly due to the high power deposited and due to the requirements of fluodynamic stability, availability and continuous operation.

Spain, with the coordination of the CIEMAT, has led the activities related to the design of this facility in recent years, including the construction of highly relevant prototypes that have shown and are showing that it is possible to build this pioneering facility.

The experience will open the way to future scientific facilities that will continue to expand the flexible limits of human knowledge.

This article was originally published in The Conversation . Read the original .