Some species of theropods (bipedal carnivorous dinosaurs) could run at 45 kilometers per hour , according to a study on fossil footprints led by the researcher from the University of La Rioja , Pablo Navarro .

We believe that the footprints belong to medium-sized carnivorous dinosaurs, possibly from the family of spinosaurids or carcharodontosaurids

The finding, in which the Complutense University of Madrid (UCM) has also participated and published in the journal Scientific Reports , has allowed us to establish one of the speeds race fastest calculated to date based on the fossil tracks left by these animals.

Traces have been located in two sites from Igea (La Rioja), dating from the Lower Cretaceous period (between 145 and 100 million years ago).

One of them (La Torre 6A) contains five footprints and the other (La Torre 6B), seven , all of them with three fingers and longer than wide .

“Although it is not possible to determine the species that left them, we believe that they were made by medium-sized carnivorous dinosaurs —about two meters in height and between four and five meters in length—, possibly from the family of spinosaurids or carcharodontosaurids ”, says Navarro.

Based on the angles and distances between the tracks, researchers have calculated that one of the dinosaurs was running at a speed between 23.4 and 37.1 km / h, and the other, even faster, between 31.7 and 44.6 km / h.

The latter is among the three maximum speeds estimated for theropods worldwide. In addition to high speed, this research has confirmed the agility of these dinosaurs.

One of the tracks shows a smooth and constant increase in speed, while the other shows a abrupt change of direction in the race, which the authors interpret as evidence of that the animal was maneuvering while running.

“Having been able to deduce changes in direction and speed of the dinosaurs step by step informs us that they could make rapid adjustments in their trajectory and confirms that they could be agile and highly maneuverable predators, with a great capacity for adaptation to the behavior of their prey ”, completes Javier Ruiz , researcher at the Department of Geodynamics, Stratigraphy and Paleontology of the UCM.

These data corroborate the studies carried out in recent decades through the analysis of bone remains and the application of knowledge of biomechanics and “allow us to detail with increasing precision the way in which dinosaurs moved and lived, providing valuable information about their capacities and relationship with the environment ”, concludes Navarro. 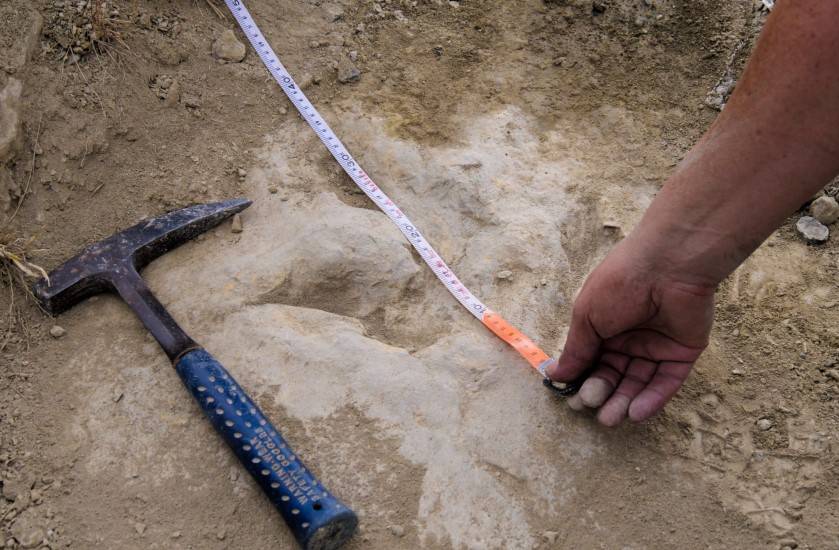