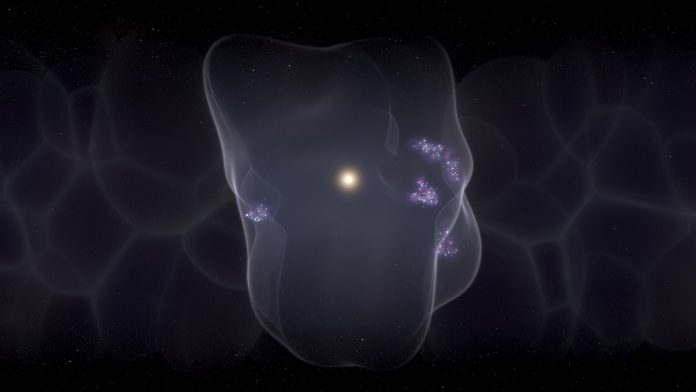 Learning more about how the Earth came to be inside the Local Bubble could be another definitive step in better understanding our galaxy . “Essentially, we have a front row seat to the formation of stars that is happening on the surface around us,” says Catherine Zucker, leader of the work.

In their study, the scientists sought to create a map of the main landmarks in the galactic neighborhood of the solar system using data from the most recent publication of Gaia , the project that is still ongoing with the goal of mapping the positions and movements of the stars in our galaxy as accurately as possible; all objects within 200 parsecs, about 650 light-years, from the Sun. They analyzed the 3D positions, shapes, and motions of dense gases and young stars about 650 light-years from the Sun. They mapped three dimensions of space, three dimensions of motion, and one dimension of time.

The analysis of the movements of young stars helped scientists to reconstruct the chain of events behind the creation and growth of the Local Bubble. They found that these stars traveled mostly in straight lines from the surface of the bubble , which suggested that they were moving because the bubble was expanding over time.

They discovered that the history of the Local Bubble began about 14.4 million years ago, first with a period of stellar birth, followed by short-lived supernovae of massive stars. “We have calculated that around 15 supernovae have fired over millions of years to form the local bubble that we see today,” explains Zucker.

It currently has a radius of about 538 light years and continues to expand outward, albeit slowly, at 6.7 kilometers per second.