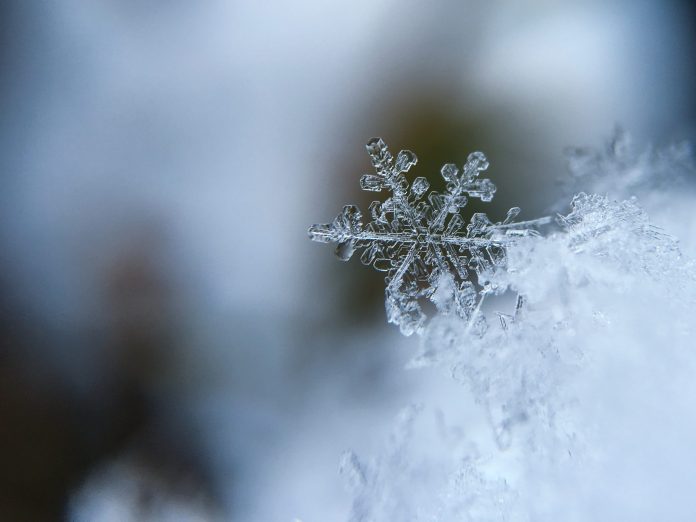 Last year a fourteen-year-old boy became famous throughout Spain for teaching that he had predicted the storm Filomena long before it happened . Specifically five months earlier, since it is precisely the month of August that fans of cabañuelas use to predict the weather for the entire following year. This is a traditional technique, deeply rooted in Spain in the past, but today it is considered nothing more than an unfounded pseudoscience. And less bad.

We currently have much more rigorous weather forecasts that can help us predict a storm like the one left by Filomena. The only problem is that they do it with much less notice. Just a few days. It is logical, since predicting what will happen before, as the cabañuelistas are supposed to do, is impossible.

Even so, Jorge Rey has become a climate Nostradamus of the 21st century. Numerous television networks have wanted to count on him to know what will happen this year. And the boy, perhaps too young to understand that what he is doing is unfounded, rushes to make his predictions. According to him, another storm like Filomena is likely to occur. However, for meteorologists it would be something very unlikely, although it cannot be guaranteed one hundred percent. Put to pay attention, let’s stay with the caution of the seconds.

Cabañuelas are a traditional method of weather forecasting that is used in the center and south of Spain , as well as in some countries of Latin America . In Extremadura they have a homologous technique, known as dog days . As in the north of Spain, where they are called émporas .

But in general they all have a similar procedure. They use the meteorological observations of the first 24 days of August to predict what the weather will be like throughout the following year. In addition, they take into account stars such as the Sun and the Moon , and even the humidity under the stones or the behavior of animals.

It is believed that they originated in Babylon and that they spread throughout the rest of the world, arriving in Spain at the hands of the Jews at the beginning of the last millennium. In fact, its name comes from a Jewish holiday, known as The Tabernacles , during which these people hung “one hundred cabañuelas” in memory of the years that their people spent wandering in the desert.

Although they are still used today, it is rare to see people as young as Jorge Rey using them. In fact, he learned them from a pastor neighbor of his town with whom he likes to hang out.

The problem is that there is no scientific evidence behind all this. “It is impossible to make a weather forecast for a year ahead, not even a month,” he explains in statements to Hipertextual Mar Gómez , doctor in physics and head of the meteorology area of eltiempo.es . “The cabañuelas are pure divination and cannot be considered valid in any case.”

The expert points out that this inability to predict so far in advance is due to the fact that “the atmosphere of our planet is an interconnected and chaotic system “, so that “small changes in atmospheric conditions can generate big changes at various timeframes and scales ”.

But then, how did this boy predict Filomena’s arrival?

The coincidence behind the prediction of the Filomena storm

One of the particularities of the cabañuelas is that they supposedly only serve to predict the weather in the place where they are performed. Rey lives in Monasterio de Rodilla , a town in Burgos with 164 inhabitants. Therefore, it was there that he made the prediction.

In his already frequent statements to the media, he has explained that in Burgos there were no snowfalls as intense as those in Madrid. Just some snow and very low temperatures. Therefore, he predicted a storm that would correspond to what happened in Castilla y León, but not as strong as what was seen in the capital of Spain. Precisely for this reason, he defends that there should be cabañuelistas in all parts of the country, because that way a more precise prediction could have been made.

But the truth is that the only thing that this young man’s prediction had was a lot of luck . He ventured to point out that some instability observed in early August would correspond to a cold storm in early January and he was right. He was lucky and consistent; Well, put to live a great cold storm, the logical thing is that we have it in winter.

But the highly exceptional situation that occurred throughout Spain in early January 2021 was impossible to predict more than a few days in advance. “In the case of last year’s storm, several things happened,” says Gómez. “The entry of very cold polar air over the peninsula, weeks before, had led to very low temperature values, with minimums below 0ºC in almost the entire country and even down to -16ºC in some points. Later, when the Filomena storm reached the peninsula, the warm and humid air of the storm itself interacted with this cold air and all the precipitation was in the form of snow.

And the thing did not end there; since, as the meteorologist recalls, “during the following week the large layer of snow of between 20 and 50 cm on average on the ground, together with an anticyclone centered on the peninsula, gave rise to a wave of exceptional cold that lasted the entire following week and in which temperature records were broken.

How is a Filomena predicted?

In his videos and interviews, Rey acknowledges that sometimes he is also guided by the models , which can be useful to specify in the shorter term, although “they also fail”. But what are those sometimes unsuccessful models that you speak of?

“The atmospheric numerical models describe the physical processes that occur in the atmosphere through mathematical equations,” says Gómez. “Based on direct observations of the atmosphere, the model is initialized to predict the behavior of said atmosphere for the next few days.”

All of this, together with the experience of meteorologists , is what helps to make predictions. Predictions that, to be good, cannot be more than a few days.

The problem of leaving the door of meteorology open to pseudosciences

Pseudosciences sneak into many areas and carry out labor intrusion to many professionals. Osteopaths to physiotherapists , naturopaths to doctors, motivational coaches to psychologists…

Cabañuelas are seen in most of Spain as a tradition, lacking scientific foundation . However, the speaker that is being given to this young man in the wake of his predictions about Filomena can be very dangerous.

On the one hand, because he is still a child, whom the media themselves are pressuring and making believe that they have a responsibility towards the world, by predicting if we will see each other again in another like last year’s storm. And, on the other, because the population is being made to believe that the methods it uses are effective. He is even putting himself on the same level as the meteorological models , announcing him in the headlines as “the youngest meteorologist in Spain”.

And the problem is that the cabañuelas have that attractive point of all pseudosciences, by giving impossible certainties based on evidence. In the same way that there are diabetics who abandon their lifelong insulin-based treatment to replace it with pseudoscientific concoctions that promise an immediate cure, the public may prefer to know what to expect six months in advance, rather than waiting for science-based weather forecasting three days ahead.

The only reliable prediction is the latter. But it may seem annoying to have to wait that long. It happens as with the probability of another possible Filomena. Rey has explained that it is likely that there will be one this year. He has even dared to predict January 24 as a possible date. On the other hand, Gómez tells us that it would be very rare for it to happen, although he cannot confirm with complete certainty that it will not happen. “The Filomena storm was an absolutely exceptional episode in Spain, both due to the extent and thickness of the historic snowfall and the subsequent cold wave, quite remarkable in terms of extent, duration and records achieved,” he clarifies. “In fact, on average, a storm like Filomena occurs in Spain with a frequency of once every 50 years , or even lower. In Madrid it is 100 years”.

Therefore, he points out that, based on this, the probabilities are very low . “However, we can’t know whether or not this will happen months in advance, because weather forecasts lose reliability as time goes by, so we go week by week.”

In short, we can have a rough idea, but it is impossible to know for sure in advance if we will have another Filomena. Nor can we know the exact date of the end of the sixth wave of coronavirus or when the next pandemic will be. Science provides reliable data, but tends to shy away from absolute certainties. We may not like it and that is what the pseudosciences take advantage of. But, at least, we can be certain that, even without being infallible, it is the best we have. In all fields.