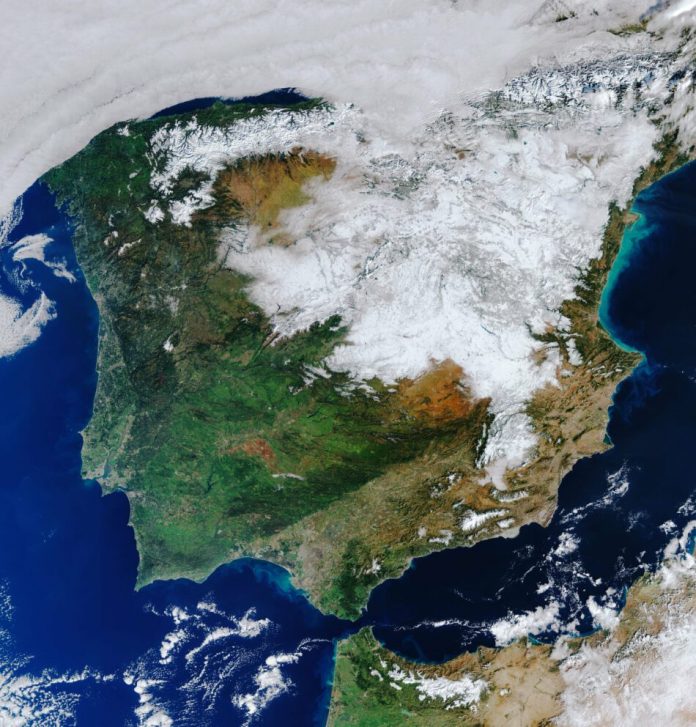 The images taken by ESA satellites allow this review to 2021 from space. A new way of telling the story

A CONTAINER SHIP THAT COLLAPSED THE WORLD Traffic collapse on the Suez Canal

The massive container ship Ever Given, stranded in Egypt’s Suez Canal, was visible in images captured by the Copernicus Sentinel-1 mission.

WATCH OUT FOR MARS

The ESA-Roscosmos Trace Gas Orbiter took this image of NASA’s Mars 2020 rover, along with its parachute and rear shell, heat shield and descent stage, in the Jezero crater region of Mars.

Image of Exo Mars on Mars

The heavy snowfalls that fell in Spain were captured by the Copernicus Sentinel-3 satellite.

This satellite image, captured on January 12 at 11:40 CET, showed much of the country facing dangerous conditions after snow fell during a catastrophic weekend, the largest snowfall the country has had in five decades. . Madrid collapsed. Filomena captured by the ESA satellite

The temperature dropped to -25 ° C in Molina de Aragón and Teruel, in the mountains east of Madrid, the coldest night in Spain in at least 20 years.

THE RECURRING HORROR OF THE FIRES

Captured by the Copernicus Sentinel-3 mission on July 30, 2021, this image shows smoke from several fires off the southern coast of Turkey. Southeastern Europe experienced extremely high temperatures. Greece reportedly hit a European record of 47 ° C. The heat wave, the result of a thermal dome, caused temperatures to exceed 40 ° C in many areas. THE TIRELESS LAVA OF THE LA PALMA VOLCANO

This image, captured by the Copernicus Sentinel-2 mission on September 30, shows the lava flow from the erupting volcano on the Spanish island of La Palma. The lava cascade could be seen spilling into the Atlantic Ocean, extending the size of the shoreline. This “lava delta” covered about 20 hectares when the image was taken. On September 28, the 6 km lava flow reached the ocean on the west coast of the island. Clouds of white vapor were recorded where red-hot lava hit the water in the Playa Nueva area. WALKERS ON THE INTERNATIONAL SPACE STATION

ESA astronaut Thomas Pesquet (left) and JAXA astronaut Aki Hoshide (right) took a spacewalk on Sunday 12 September to prepare another section of the International Space Station for their solar panel upgrade. With them. Thomas recalls that “spacewalks last seven hours and are like a high-level sport, so we need the calories afterward!”

As this image shows, the International Space Station is a huge and complex spacecraft. Built by international partners and in operation for over 20 years, the only human outpost in space (so far) is a sight to behold and requires spacewalks to maintain.